Skip to content
A traveller arrives in Wellington on the first flight from Sydney, after Australia and New Zealand opened their quarantine-free travel bubble on April 19. The arrangement was suspended on Saturday. (AFP File Photo)

New Zealand announced a three-day suspension of its quarantine-free travel arrangement with Australia on Saturday, with Wellington citing “multiple” outbreaks of Covid-19 in the neighbouring country.

The announcement came as a two-week lockdown began in Sydney to contain a rapidly spreading outbreak of the Delta coronavirus variant.

More than 80 cases have been reported so far in Australia’s largest city, while a handful of community cases have also been recorded in the Northern Territory, Victoria and Queensland in recent days.

“But given the high level of transmissibility of what appears to be the Delta variant, and the fact that there are now multiple community clusters (in Australia), it is the right thing to do to keep Covid-19 out of New Zealand,” said Chris Hipkins, New Zealand’s Covid response minister.

Hipkins said he understood the inconvenience the pause in the travel bubble would cause and added that New Zealand remained committed to quarantine-free travel with Australia.

He added that the suspension would give officials time to consider measures “to make the bubble safer, such as pre-departure testing for all flights” between the two countries.

New Zealand has previously paused the bubble arrangement five times with individual Australian states but this is the first time it has put a blanket halt to quarantine-free travel from all of Australia.

The trans-Tasman travel bubble opened in mid-April, more than a year after both countries closed their international borders due to the pandemic. It has been hailed as a major milestone in restarting the global travel industry.

In other Covid news:

The Seychelles has extended curbs imposed on movement and gatherings indefinitely as the world’s most-vaccinated country fights a persistently high number of infections.

The palm-fringed Indian Ocean archipelago has seen cases increase since early May even though 70% of its 98,000 people are fully vaccinated with either Sinopharm or AstraZeneca vaccines. It had rushed to conduct an inoculation campaign and reopen to tourism, the lifeblood of its economy.

The northern Vietnamese province of Quang Ninh, home to the Unesco World Heritage Site Ha Long Bay, will reduce the quarantine to seven days from 21 for vaccinated foreign travellers, and those who have recovered from the virus, under a trial programme in July trial, the VnExpress news website reported.

Visitors from countries that have achieved herd immunity or managed the virus outbreak effectively will be allowed to enter Vietnam, the news website reported, citing a decision by Deputy Health Minister Do Xuan Tuyen on Friday. The report did not identify the approved countries.

Travellers must be vaccinated at least 14 days before arriving and test negative for the virus 72 hours prior to entering Vietnam, according to VnExpress. A certified document is required for those who have previously been infected by the virus, it said.

The visitors must provide an itinerary and the names of hotels they plan to stay at before entering Vietnam.

South Africa is the worst-hit country on the African continent in terms of confirmed Covid-19 infections and deaths. It is in the middle of a third wave of infections, recording more than 18,000 new cases on Friday.

A small number of British athletes declined Covid vaccinations before the Tokyo Games because they’re worried about the potential of side effects impairing their performance, The Times of London reported, citing Andy Anson, chief executive officer of the British Olympic Association.

All 375 athletes and 500 support staff will undergo a PCR test 14 days before flying out and take regular lateral flow tests during the build-up to the Games, which are scheduled to open on July 23.

Resistance to the antibody treatment was detected among the Gamma and Beta variants of the virus, according to a statement from the Department of Health and Human Services. Medical providers should use other antibody treatments from Regeneron Pharmaceuticals and GlaxoSmithKline instead, they said.

Lilly had developed a treatment consisting of two antibodies, called bamlanivimab and etesevimab, to safeguard against variants, and the government halt highlights growing concern about how mutated forms of the virus could undermine medical tools.

The Gamma and Beta variants together make up more than 11% of sequenced US cases, according to the statement. 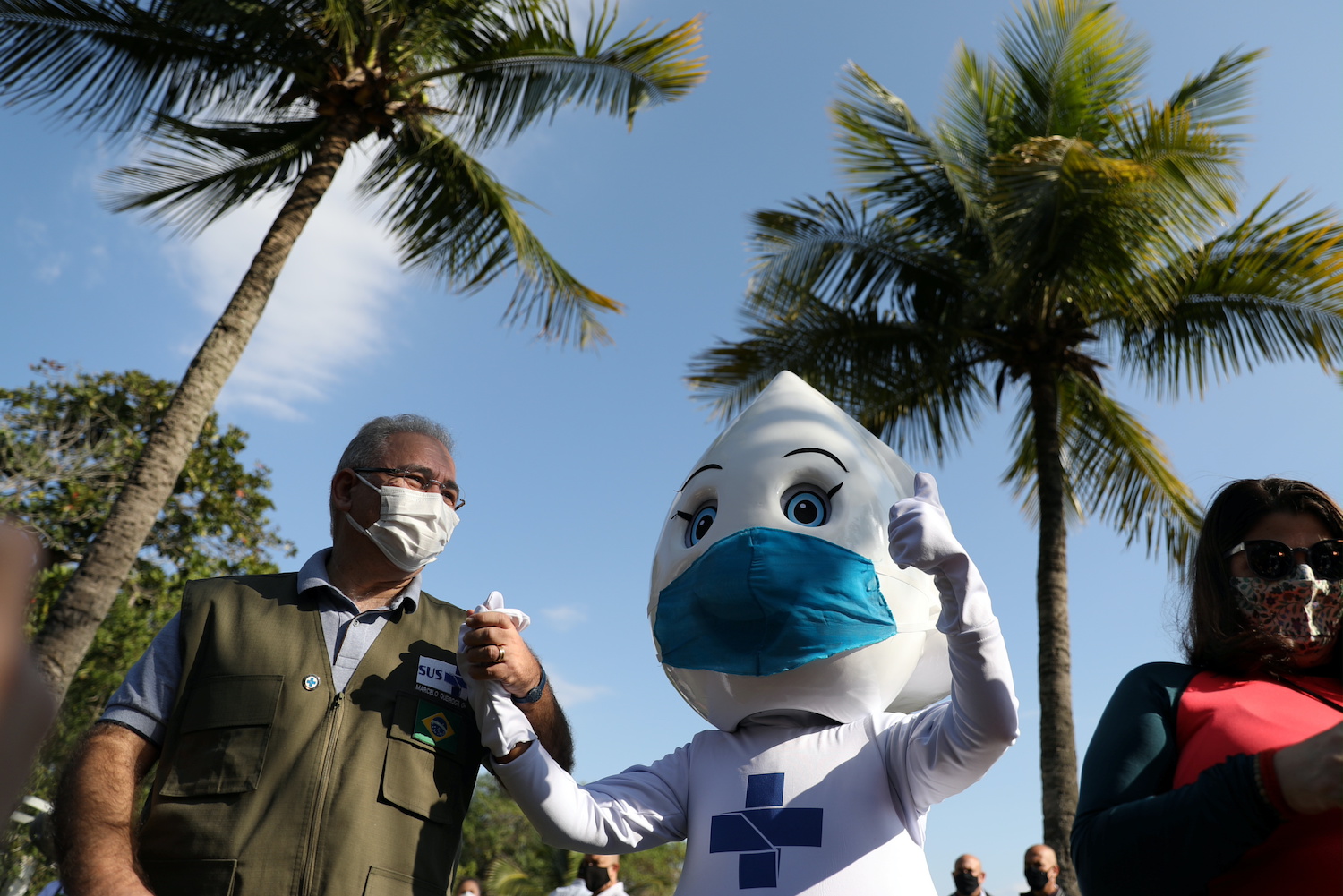 Brazil aims to jab all adults by September

A pickup in vaccine deliveries should allow Brazil to immunise all adults in the next three months, said Walter Schalka, who is part of a group of executives making a push to boost vaccinations in one of the world’s worst-hit countries.

The group, known as United for Vaccines, estimates 160 million shots will arrive between July and September. That should be enough to cover all Brazilians over age 18 with one dose.

“Our role is to encourage people to take the vaccine and also help local governments with infrastructure and material to make this happen,” said Schalka, the chief executive officer at the pulp giant Suzano SA.

No substantial Covid outbreaks were reported from any of the nine pilot events — including the Brit Awards and the FA Cup football final — included in the first phase of a UK government study into whether large crowds can gather safely again.

The Events Research Programme included a total of 58,000 participants at events held in April and May at various venues, with only 28 virus cases reported, according to the Department for Digital, Culture, Media & Sport.

It noted, however, that evidence of direct transmission at the events was “challenging to determine” because of a low uptake of PCR testing before and after.

Face coverings, ventilation and testing were all found to control and reduce transmission of coronavirus at large events, according to the study.

The British government has reportedly faced criticism for deciding to allow more than 60,000 people inside Wembley Stadium next month for the last stages of the Euro 2020 Championship.

WHO: Delta ‘most transmissible’ variant

The head of the World Health Organization warned that the Delta variant is “the most transmissible of the variants identified so far” and has spread in at least 85 countries, The Associated Press reported.

Tedros Adhanom Ghebreyesus said the lack of vaccines in poor countries has worsened the pace of transmission with the Delta variant first seen in India, according to AP.

US President Joe Biden on Thursday called Delta the “new dangerous variant” and said it was currently the most common variant in the US, as he encouraged unvaccinated people to get their shots.

Sat Jun 26 , 2021
Photo: Steve Creedy The New Zealand government has paused the travel bubble with Australia for at least three days from Saturday 8:30 PM Australian Eastern Time. The decision follows multiple cases across Australia in differing stages of containment of the Delta variant which started in New South Wales. However, that […] 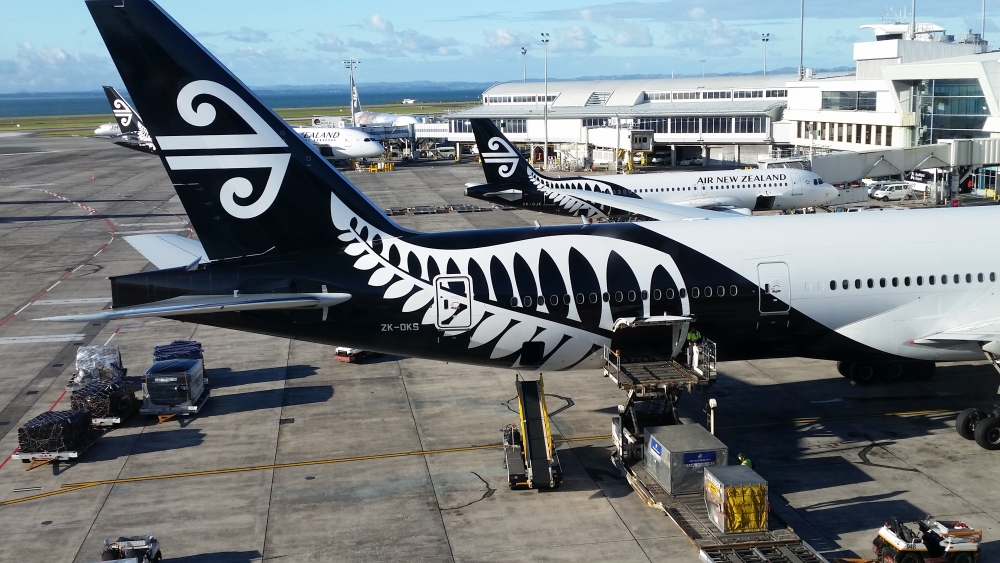