NSW and Queensland have drastically changed their rules to New Zealand travellers after the country reported three new coronavirus cases on Tuesday.

The new cases emerged in Auckland in the North Island, and have been linked to a local high school.

The “green flights” allowing for unrestricted travel will cease and New Zealand will be removed as a safe travel country by the two states.

From Wednesday night, Queensland will require people arriving from across the Tasman to head into hotel quarantine.

On Thursday morning, NSW will also require travellers from Auckland spend 14 days in a hotel room.

New Zealand arrivals to Queensland will have to undergo quarantine from 6pm Wednesday due to increased transmission.

“Unfortunately, over the past few days New Zealand has been recording some new positive cases, which is why we are closing the border from 6pm,” she said.

“Anyone who is permitted to travel to Queensland from New Zealand will be required to quarantine on arrival.”

Authorities are asking all travellers who have been in New Zealand since February 21 to get tested and isolate until they get their results.

This also applies to anyone who has entered from February 6 who has not already had a test after entering Queensland.

“New Zealand is working very hard to contain this community transmission, but they are still in a critical stage of their response so we need to keep watching closely,” Dr Young said.

“Things can change really quickly with this virus, we’ve seen that in other countries around the world, which is why I am asking Queenslanders to reconsider their need to travel to New Zealand.”

NSW declared Auckland a hotspot on Wednesday evening in response to the new coronavirus cases.

Anyone who has come from or been in Auckland since February 20 has been asked to self-isolate and get tested.

Travellers from Auckland who have been in the Australian community are being asked to self-isolate until they get a negative result.

If they’ve been to one of the Auckland exposure sites, they’re being told to isolate for 14 days regardless of the test result.

Passengers on flights from Auckland will be sent into hotel quarantine from 12.01am on Thursday February 25.

NSW health authorities said New Zealanders would be able to depart Australia and head back home if they didn’t wish to complete hotel quarantine.

“A notice is now in effect specifying Auckland as a hotspot,” NSW Health said in a statement.

“This requires people arriving in NSW from New Zealand who have been in Auckland, including the airport, to enter hotel quarantine for 14 days. Alternatively, they may choose to depart Australia.”

Wed Feb 24 , 2021
LONDON (Reuters) – Digital health checks will be vital to a recovery in foreign travel from the COVID-19 pandemic, Britain’s Heathrow airport said on Wednesday, after a collapse in passenger numbers saw it plunge to a 2 billion pound ($2.8 billion) loss last year. The UK government said on Monday […] 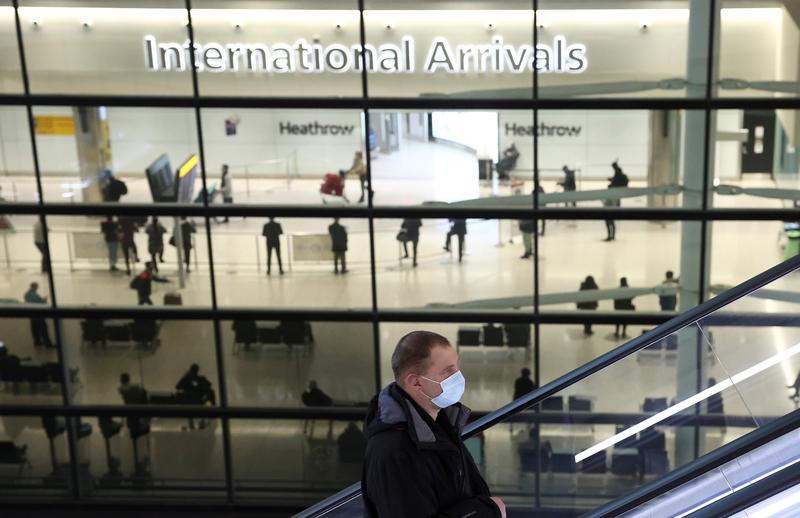