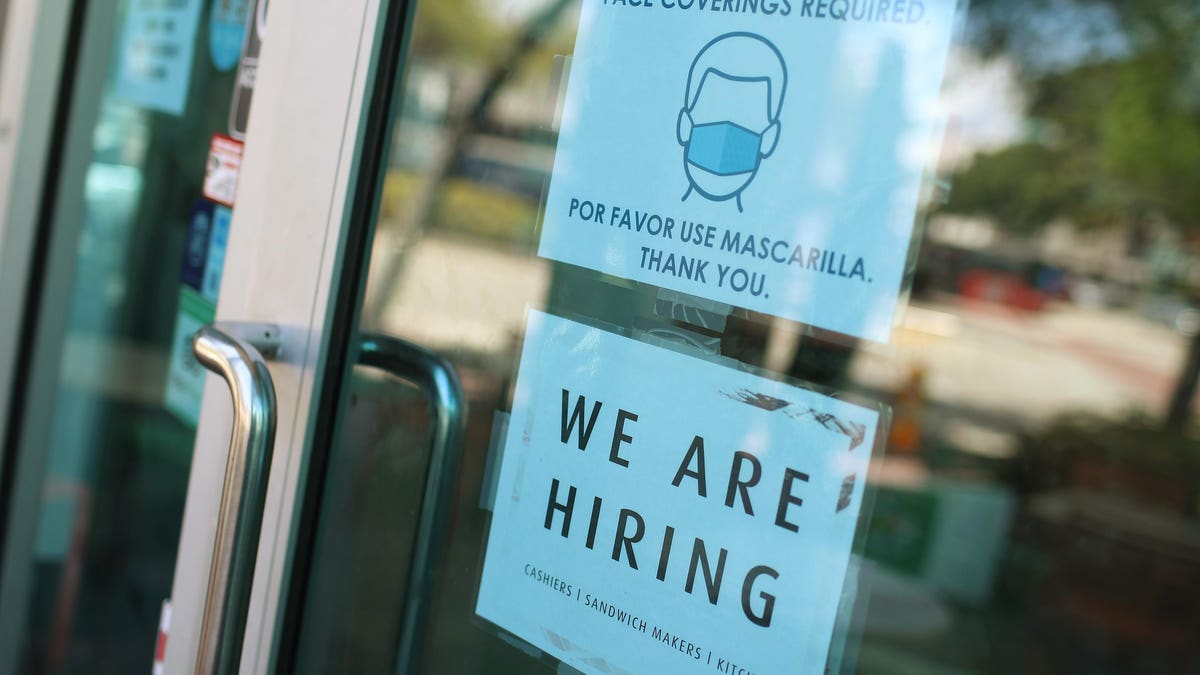 U.S. employers created 379,000 new jobs in February. This news generated much celebration and, for those who fear inflation, some worry.

Keep in mind that these numbers have many statistical limitations. Even if they’re exactly right, the trends over time mean more than any single report.

That said, this one does concern me. Not so much for the data itself, but rather for the way it excites some people.

We are, I hope, on the way to controlling COVID-19 in the US (though certainly not the rest of the world). The vaccines are proving as effective as the clinical trials showed. Manufacturing capacity is growing. President Biden says there should be enough for every American by the end of May.

And yet… some version of the coronavirus will keep spreading as long as we give it opportunity. It doesn’t care about the economy. It just does its viral thing.

This much-anticipated economic recovery, and the jobs it would generate, may not get far if we relax too soon… and the employment data suggests some of us are doing exactly that.

The Real Story Behind the Latest U.S. Jobs Numbers

This pandemic hit the labor market like a nuclear bomb last spring. The US alone lost 22.4 million jobs in March and April 2020.

Since then, the US economy added a total of 12.9 million jobs. So we are still down 9.5 million jobs from where we were.

And it may be even worse. When all this started, U.S. jobs growth was averaging about 200,000 monthly.

So the economy is really down almost 12 million jobs from where it would be now, had job creation continued at the previous rate.

The pandemic didn’t simply nuke the jobs market. It took out certain kinds of jobs—mainly those requiring non-essential personal contact.

In the official reports, most of those jobs fall into a “Leisure and Hospitality” category. It includes restaurants, bars, and hotels—all big employers of relatively low-wage workers.

A seeming reversal of this accounted for much of the excitement around last week’s report. Leisure and Hospitality (L&H) alone added 355,000 of the 379,000 new jobs.

But RSM Chief Economist Joseph Brusuelas pointed out that this was simple payback from the prior two months, when the L&H segment lost 523,000 jobs.

So February’s job gain was top-heavy in one industry, and simply restored that industry to where it had been a few months earlier, which wasn’t great.

February’s other bright spots were retailing, which added 41,000 jobs, and education/health, which added 44,000. Those three industries collectively added 440,000 jobs in a month when the total was only 379,000.

Economist Dave Rosenberg noted the arithmetic: This means other industries must have eliminated 61,000 jobs. Not what we want to see.

It gets worse. The same report shows a sharp decline in total hours worked. It looked small but adds up, as Rosenberg explained.

“I have yet to see anyone discuss the elephant in the room, which was the 0.9% decline in the private sector workweek, and the contraction was in those areas (retail, leisure and hospitality) that saw the greatest job strength. The key feature of the report was the decline in the workweek to 34.6 hours from 34.9 hours in January. That, my friends, is equivalent to a job decline of over one million!!

“In other words, if the workweek was held at the January level and the total labor input into the economy was the same in February as this report indicated, payrolls would have plunged 700k!”

The data shows an economy demanding less labor, not more. That’s not what would be happening if a hiring boom were gathering steam.

Again, February was just one month. A lot can change, and hopefully will change as the virus threat recedes and consumers regain confidence. But that’s going to take time.

And maybe longer than many think.

As noted above, vaccination progress is accelerating. We are now in a race to stop a variant-driven spring surge from delaying the economic recovery.

We will have better odds if people keep exercising the precautions we’ve all learned, just for a few more weeks. The jobs report suggests many are not.

Why are restaurant owners rehiring so many workers? Probably because restaurant traffic is increasing.

Some restaurants are pretty safe, but we know unmasked gatherings in poorly ventilated places are a top infection source. More people visiting them helps the virus spread and, if it sparks another surge, could make the jobs recovery self-limiting.

The next month is critical. Cross your fingers.

My partner John Mauldin predicts an unprecedented crisis that will lead to the biggest wipeout of wealth in history. Most investors are unaware of the pressure building right now. Learn more here.