The portion of Northwest Arkansas’ job market that took the first and hardest hit from the pandemic is also taking the longest to recover, federal employment figures show.

“Leisure and hospitality took it on the chin,” said Michael Harvey, who tracks employment statistics as chief operating officer of the Northwest Arkansas Council. The council is a group of business and community leaders who tackle regional issues.

About 27,100 people in Northwest Arkansas worked at hotels, motels, bars, restaurants, event centers, wedding venues and other such businesses in March 2020, according to the federal Bureau of Labor Statistics. Harvey cited those figures for Benton, Washington and Madison counties. Their number plunged to about 16,500 the next month, an almost 40% drop.

Now, this sector of the economy is emerging from the pandemic only to find its recovery hobbled by those losses of trained, experienced workers. Those in the field say they cannot find the labor needed to meet the reviving demand.

The only other economic sector with losses approaching the same degree as hospitality in the region was professional business services such as accounting and consulting. The business services sector makes up another 1,900 or so jobs lost.

Growth in retail employment offset the drop somewhat, gaining about 1,900 jobs compared to February 2020. Retail was the only sector to add more than a thousand jobs.

Northwest Arkansas’ overall economic indicators look healthy compared to the rest of the state and nation, said Mervin Jebaraj, director of the Center for Business and Economic Research at the University of Arkansas. The unemployment rates in Benton and Washington counties fell below 3.8% in early April while the state unemployment rate was 4.5% in the latest figures. The national unemployment rate was 6% in March, according to the Bureau of Labor Statistics.

“An unemployment rate of 3.8% in the region sounds pretty good until you remember that rate was 2.2% before the pandemic started,” Jebaraj said. Even a full job recovery back to where Northwest Arkansas was before the pandemic would represent a year of lost job growth, he said.

“So your situation is enviable by most measures, but there are still a lot of people unemployed,” he said. “We still have some way to go.”

Employment figures tell only part of the story, said Steven Idlet, formerly of Fayetteville who now lives in Oklahoma City. The former manager of Maxine’s Tap Room worked full time there while also regularly getting another full day’s work elsewhere every week.

Then the pandemic hit.

“I don’t think anybody knew what we were in for,” Idlet said of the onset of the pandemic. “The end of the summer was as long as we thought it could last. By then, it was only getting worse. There was a time I didn’t go back to work for six months, and we had it better here than other places. Some of my favorite bars across the country have shut down for good.”

Loyal customers who tipped generously and obeyed health guidelines tried to save struggling businesses and workers, Idlet said. But they could give only so much help, he said.

“The toughest part of the job when you could work was the people who don’t really care about the health precautions,” such as social distancing and wearing masks, he said. “They’d fight you, especially after getting a couple of drinks in them.”

Workers in a job centered on people having a good time found themselves having to act as health and safety police, which is not what they signed up for, he said.

Reese Roberts had just celebrated her 10th anniversary at Bordino’s Restaurant and Wine Bar in Fayetteville when she and much of the rest of the staff were laid off, she said Friday.

She and others such as Hannah Withers, co-owner of Maxine’s Tap Room and Leverett Lounge, started up the Fayetteville Independent Restaurant Alliance. Major chain restaurants had national, international or regional corporate backing. Independent restaurants relied on their own resources.

The group started feeding workers who suddenly had trouble affording a meal, Roberts said. They went from there to raising money to help those workers keep up their rent payments for housing.

“We had people with four kids where both the parents were working in the industry who went from having two incomes to none,” Roberts said.

The alliance tries to keeps its members informed of ever-changing guidelines and restrictions. It started a website that updates and explains the most current regulations. Alliance members made calls to health agencies to get questions answered. The alliance’s online resource page continues to grow, she said.

What started as a temporary relief organization is now an incorporated nonprofit, Roberts said. Now that the restaurant business has begun to pick itself up again, the biggest challenge the alliance faces is helping its members find workers.

Owners are more flexible on hours and wages than in the past and more willing to train workers, she said. They have to be. Part of the hiring squeeze, though, is that there are fewer experienced employees left to train newcomers.

“We thought a safety net would be enough to keep people in the field,” Roberts said.

Groceries and help with rent weren’t enough help as the pandemic dragged on for more than a year, she said.

“This field has lost a lot of talented people,” skilled workers such as bartenders, Idlet said. Every field of work has a skill set that is not easily picked up, he said. The departure of a whole generation of trained workers who went to other fields where employment was possible will make recovery harder, he said. They are gone for good, he said.

Withers also talked at length about the loss of experienced workers. She and her husband worked 70-hour weeks to keep their businesses afloat, with tasks that included washing dishes.

Bartenders, cocktail servers and others have a big learning curve, Withers said, and many of them had to go somewhere — anywhere they could to earn a living wage, she said.

Compounding the problem of finding people to come back to the field is rising local housing costs, especially for places where employees can walk to work downtown from where they live.

Customer loyalty was vital to her businesses’ survival, she said. Still, “we took on enough debt to set us back at least a decade,” she said.

“Everyone had to let employees go to survive,” McNulty said in a telephone interview.

Now business begins to revive, and employers find difficulty replacing them, she said. Part of the labor shortage comes from employees still having unemployment benefits and federal economic stimulus money available, making their need for a job less urgent, she said.

Having someone in the household who has health issues is another limiting factor, McNulty said. Former employees with health conditions heightening their risks from covid are still reluctant to return to work.

“I don’t think it’s just people not wanting to come back to work,” she said.

Roberts agreed. The number of people who have not gone back to the job market yet because they still have access to benefits is “very small. Most of them have left the field for something else,” she said.

Doug Thompson can be reached by email at [email protected] or on Twitter @NWADoug. 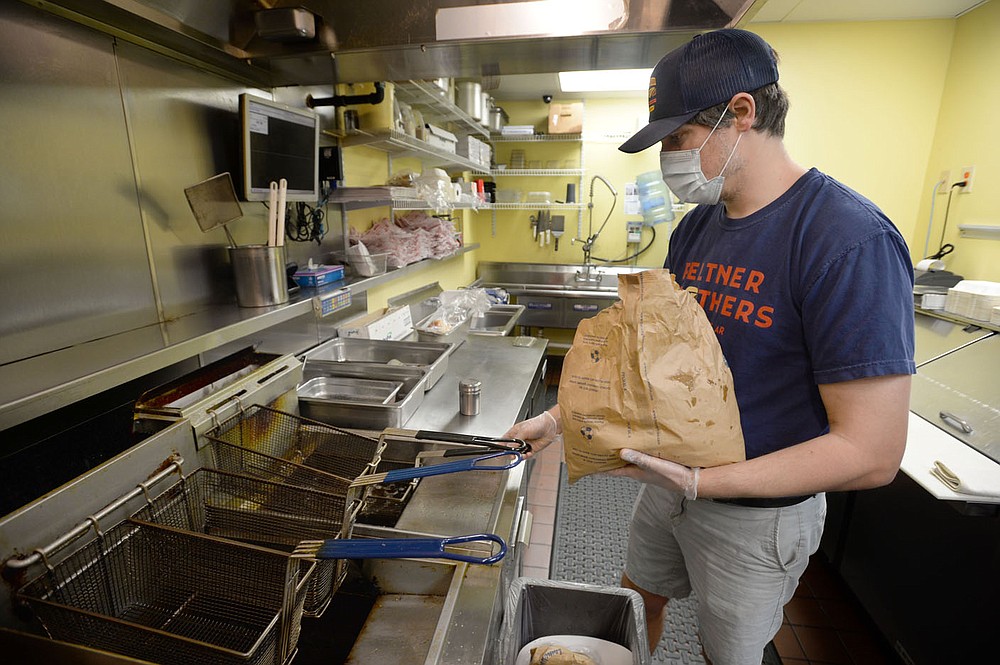 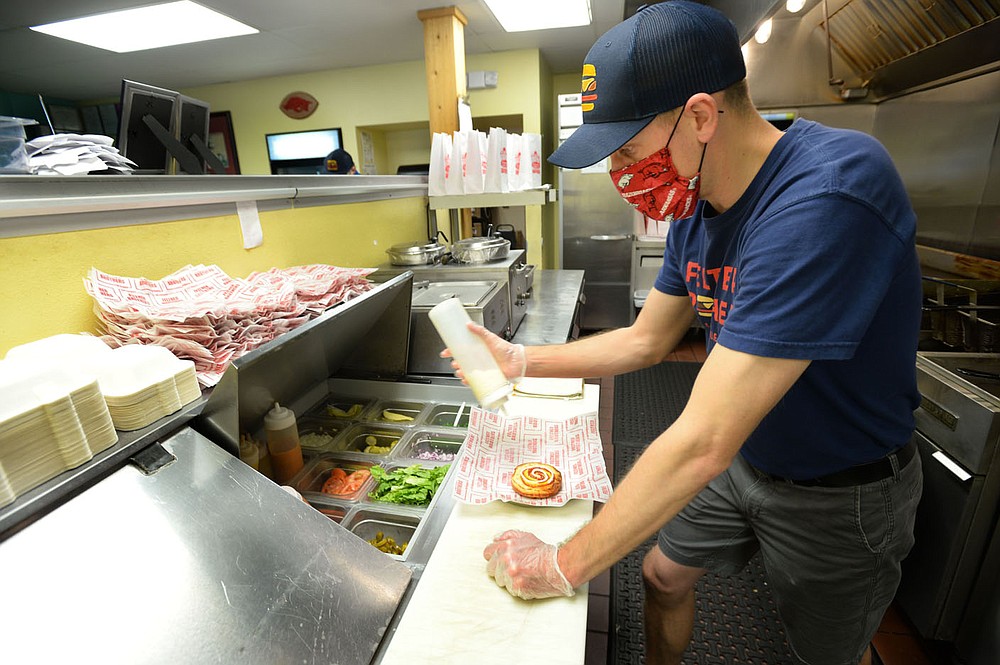 Sun Apr 25 , 2021
Want to become a leader in the tourism industry here but not sure how to go about it? The Oregon Restaurant & Lodging Association may be able to help. The association is launching its second year of the Oregon Tourism Leadership Academy. The academy is developed in partnership with the […]