Disney Cruise Line’s next ship, the Disney Wish, will debut a host of new spaces and attractions, including the AquaMouse top-deck water ride, a Marvel Super Hero Academy and an adults-only “Star Wars”-themed bar.

The ship will also debut three new restaurants, one based on its “Frozen” franchise, another showcasing Avengers technology and one that pays homage to Disney’s legacy and the golden age of animation.

The cruise line also revealed that the Wish will enter service sail on June 9, 2022. Its maiden voyage will be followed by a season of three- and four-day cruises to Nassau and Disney’s private island, Castaway Cay, from Port Canaveral, Fla. Bookings will open to the general public on May 27. 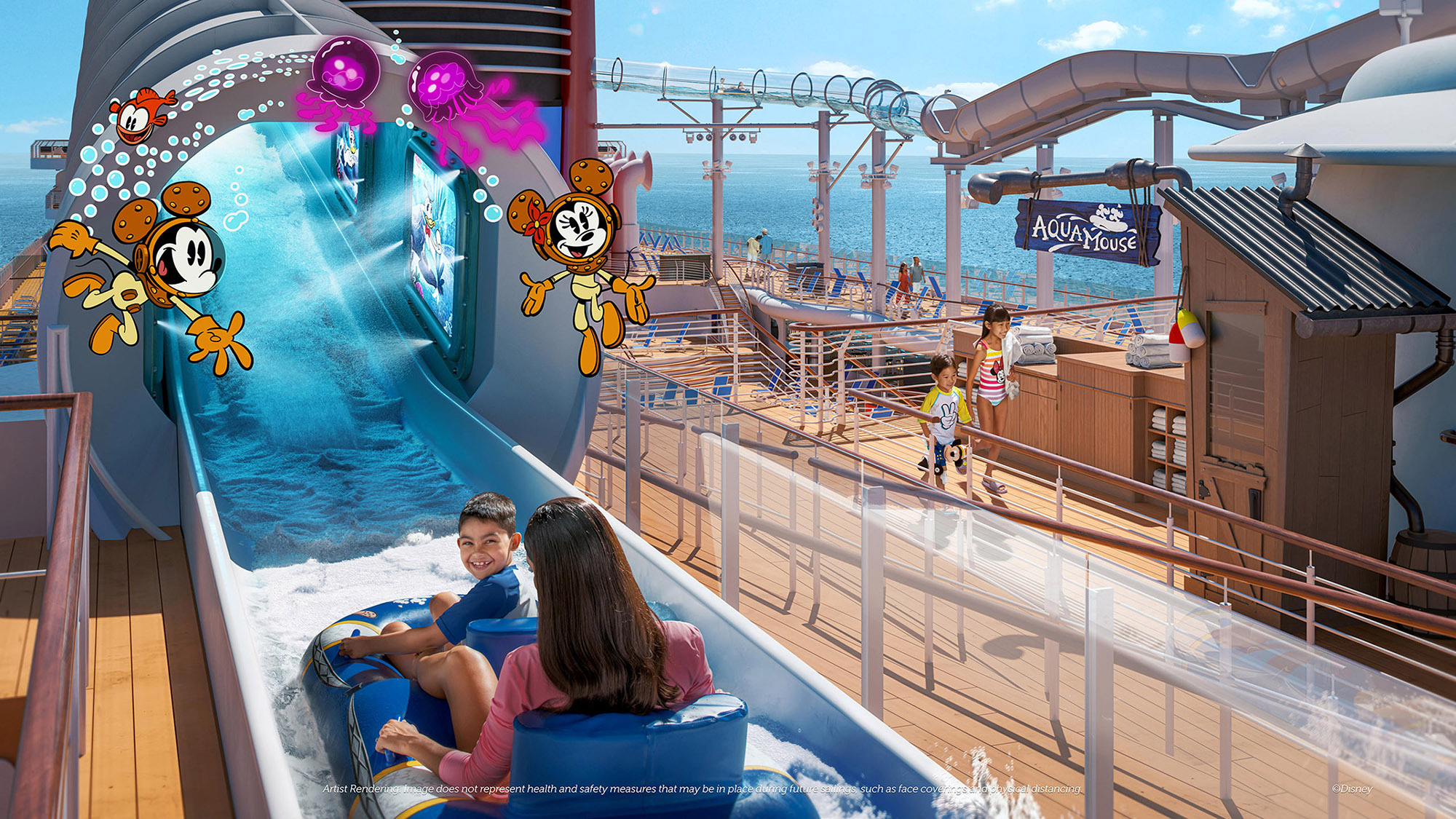 The AquaMouse water ride is one of the features that will be debuting on the Disney Wish.

The AquaMouse, which incorporates animated shorts from the Disney+ series “The Wonderful World of Mickey Mouse,” is a water ride through 760 feet of winding tubes suspended above the ship’s top decks on two-seater vehicles. Riders will take a tunnel into the cartoon world of “Scuba Scramble,” a new animated short that plays through oversize virtual portholes, and encounter more than 60 water effects before riding around the ship’s upper decks, including into the forward funnel and a loop over the edge of the ship.

Indoors, new spaces abound. The Marvel Super Hero Academy enables kids to train to be part of the next generation of superheroes with the help of Spider-Man, Black Panther, Ant-Man and the Wasp. Fairytale Hall is based on Disney princesses and queens and includes Rapunzel’s Art Studio, Belle’s Library and Anna and Elsa’s Sommerhus. The Walt Disney Imagineering Lab is a first-of-its-kind opportunity for kids to learn about Disney Imagineers, the creative minds behind Disney theme parks, resorts and cruise ships, with activities and experiments such as being able to design a roller coaster and then climb into a capsule where they will virtually ride their invention. 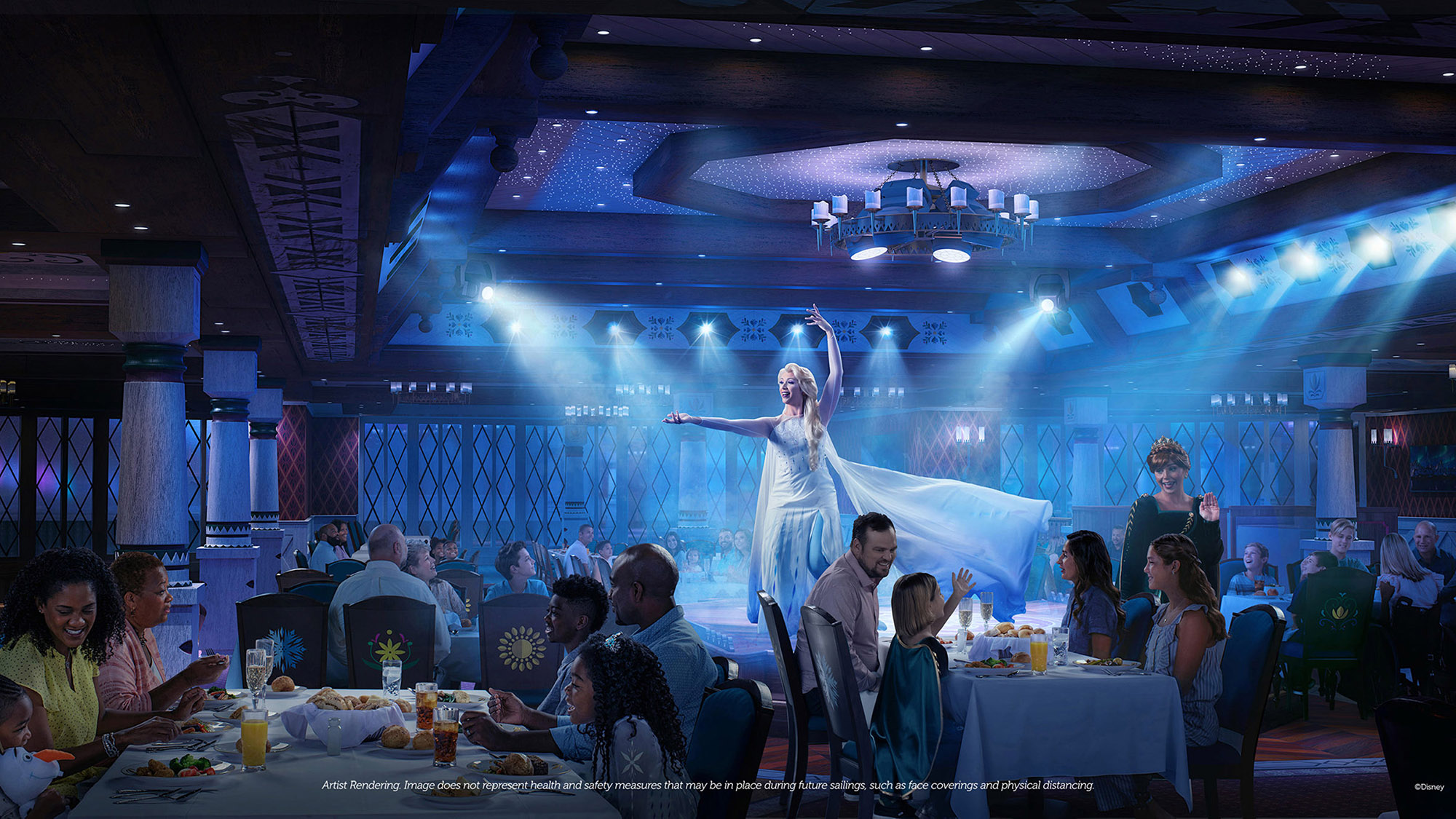 The Wish will continue Disney Cruise Line’s dining concept that has guests rotating through one of three restaurants each night, and it will debut three new restaurants.

Arendelle: A Frozen Dining Adventure, is Disney’s first “Frozen”-themed theatrical dining experience. It will combine Nordic-influenced cuisine with live entertainment in a theater-in-the-round venue, featuring a cast of characters that includes Elsa and Olaf.

Worlds of Marvel, which Disney said was its first Marvel cinematic dining adventure, lets guests play an interactive role in an Avengers mission that unfolds around them while dining on a menu inspired by the Marvel Cinematic Universe. The “upscale-restaurant-meets-technology-showcase,” as Disney describes it, will feature dishes inspired by places like African Wakanda, Eastern European Sokovia and the Avengers’ home base, New York City. 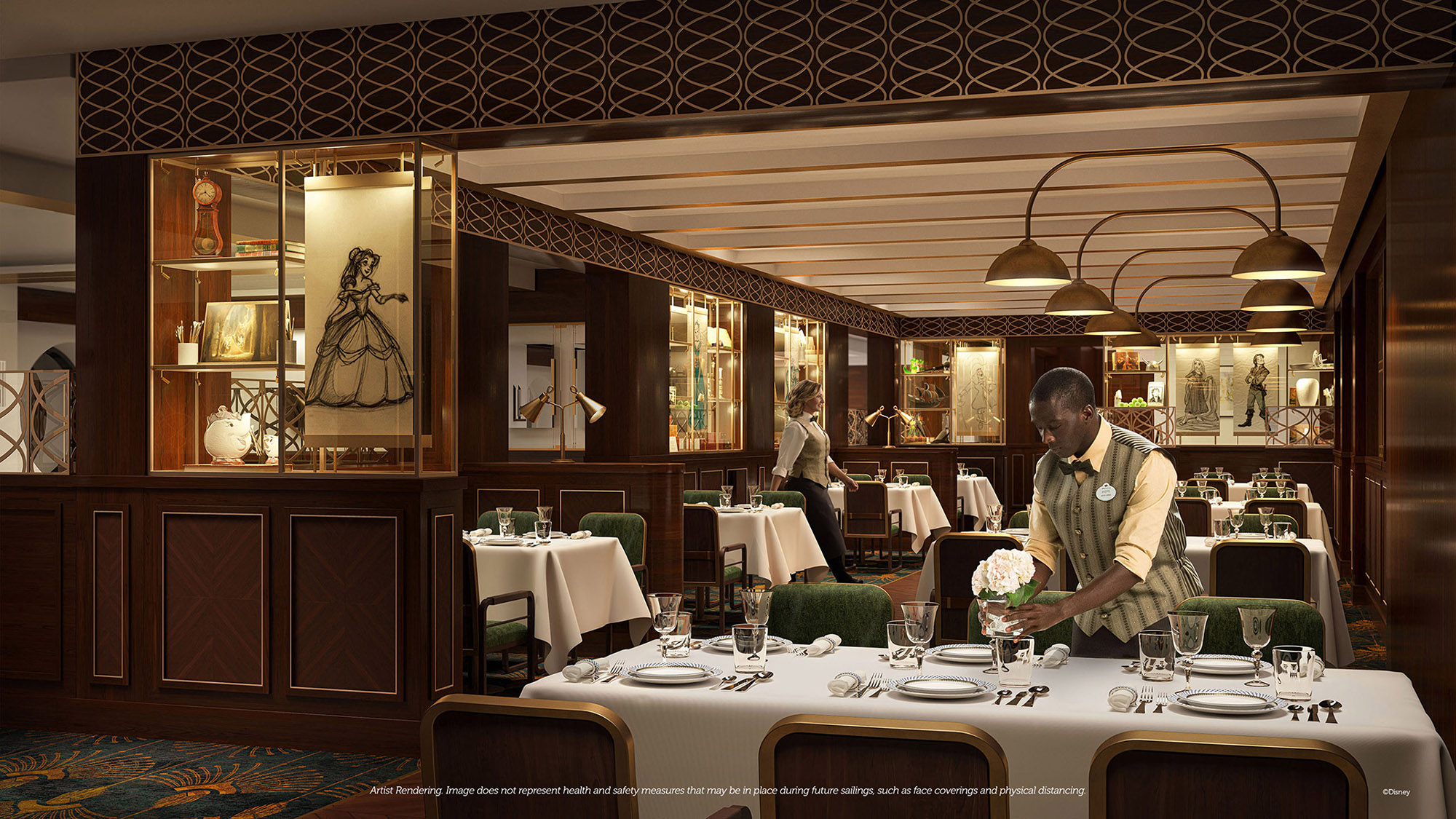 A rendering of the Disney Wish’s new eatery, 1923, named for the year the Walt Disney Co. was founded.

The ship’s third new eatery, 1923, is named for the year the Walt Disney Co. was founded and is described as a celebration of its own legacy, the golden age of animation and a tribute to its California heritage. Its two dining rooms are named for the brothers Walt and Roy Disney, who co-founded the company. The rooms will be adorned with more than 1,000 drawings and props that provide an inside look at the evolution of Disney animation from “Snow White and the Seven Dwarfs” to “Frozen 2.” Dishes at 1923 will be inspired by California cuisine and have an accompanying Napa-focused wine menu.

Grown-up Disney fans were not left out of the Disney Wish planning. A set of adults-only experiences includes the Star Wars: Hyperspace Lounge, serving drinks and bites inspired by the franchise, and its interior design emulates star cruisers like Dryden Vos’ ship in the film “Solo: A Star Wars Story.” The space will transport guests to locations from the various Star Wars eras and employ hyperspace jumps to travel from planet to planet.

Also new will be the “Beauty and the Beast” inspired, adults-only Enchante restaurant and the Rose lounge. The Enchante, inspired by the candelabra maitre d’ in the film, Lumiere, will have a menu crafted by three-Michelin-starred chef Arnaud Lallement of L’Assiette Champenoise in France. The Rose, located at the entrance to Palo Steakhouse and Enchante, is inspired by the enchanted flower at the heart of the “Beauty and the Beast” story and serve predinner aperitifs, after-dinner cocktails and high-end wines and liquors. 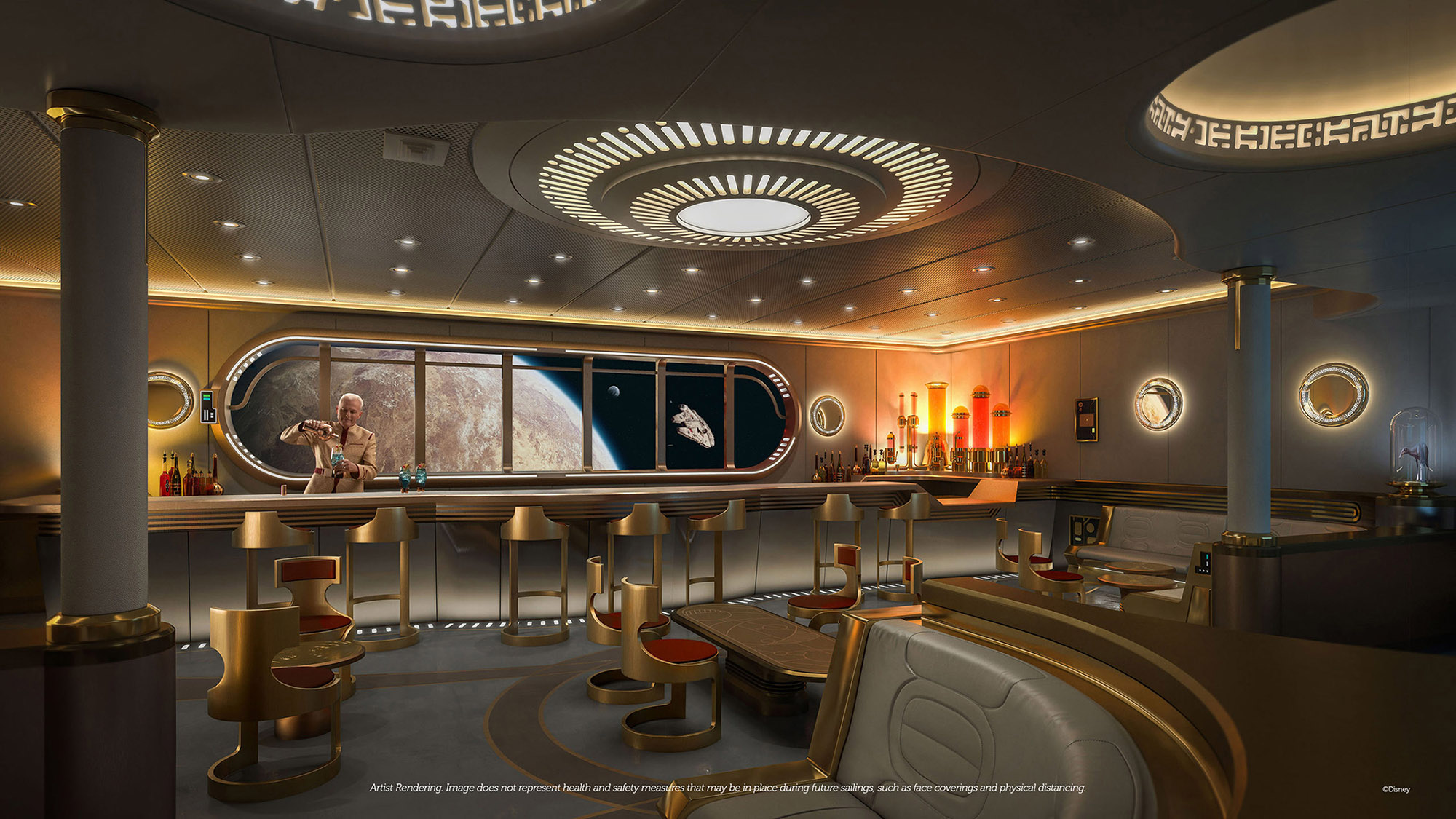 Fri Apr 30 , 2021
Kahului Airport (Nov. 1, 2019) PC: Wendy Osher Requirements differ between trans-Pacific travelers and those who are in Hawaiʻi and plan to travel to Maui from another county. The County of Maui released the following guidelines and advise travelers to read these FAQs before making plans to travel to islands […] 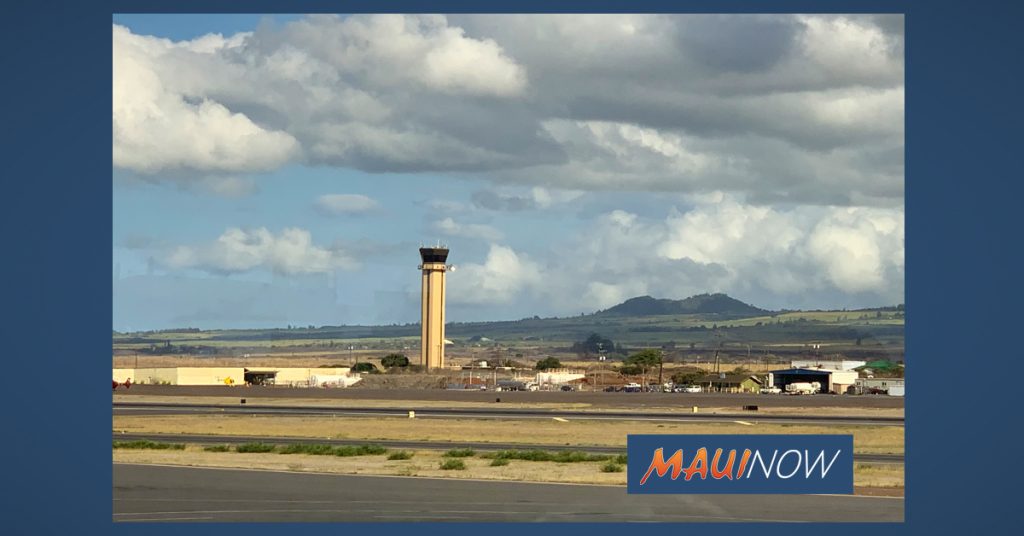