Daviess County officials are making getting around the county easier. The Daviess County Commissioners approved the addition of an event manager program to the county’s mapping system.

“This just piggy backs onto the current mapping system that we have,” said Daviess County Highway Supervisor Phil Cornelius. “But what it does is allow us to add real time closures. It is really a public safety addition.”

Authorities say that the map will be able to show where the county highway has closed a road. That does not just help motorists, it also first responders.

“Say we have a road closed for a day to replace a pipe and an ambulance gets called to someone along that road,” said Cornelius. “Emergency crews will know where the closure is and save time by taking a route that will avoid the closure.”

Authorities say the system can be used for any type of closure. It could be used to help re-route traffic around an accident or someplace where police are involved with a stand-off. It could also be used during flooding to help people avoid high water.

Most people should be able to call up the map on their phone by putting wthgis in their web browser and then going to Daviess County.

The cost to add the event manager to the county’s mapping site is $4,300 per year with an annual maintenance fee of $1,700.

In other business, the highway department received approval on bids for a pair of road projects. The commissioners accepted the bid from E&B Paving to repave two county roads in the WestGate Tech Park. One was for $122,528 to repave CR 1400 E. through the tech park. That project will be paid for with a Community Crossings grant.

A second road project on CR 1650 N. from SR 558 to the entrance of the WestGate Academy will be paid for out of county funds at a cost of slightly more than $29,000.

“We had originally put both projects in our Community Crossings application, but for some reason the state cut out the CR 1650 N. project,” said Cornelius. “Since E&B will be there to do the one project it only made sense for us to have them do the other one.”

Cornelius also reported that work is underway on phase four of the Cannelburg Road project. Utility relocations are underway. The road is closed between CR 100 N. and CR 200 N. to all but local traffic. The detour runs from U.S. 50 to CR 650 E. to CR 550 N.

The commissioners  also approved the Daviess County Sheriff’s Department to conduct a speed study near the Painted Acres subdivision.

At the request of  county auditor Patty Ball,  the county extended the contract for one year on a recording system used for meetings. The $870 contract will provide a back-up system for the one currently in use in the annex. It will also provide recording equipment when the commissioners do their off-site meetings.

The health department received permission to charge insurance companies $40 for COVID vaccinations. Daviess County Public Health Nurse Kathy Sullender said that people who do not have insurance will not be charged.

Sullender also reported that beginning next month Daviess County will begin doing its own billing on COVID vaccinations. Prior to this time the state has been doing the billing.

The commissioners created a new fund that will be used to capture some $6 million in money from the American Recovery Act. The commissioners are also putting together a method for the spending of that money.

“It has to be spent on particular things in a particular way,” said President of the Daviess County Commissioners Michael Taylor. “It isn’t a matter of money comes in and you spend it however you want.”

Tue Jun 8 , 2021
The latest jobs report from the Labor Department showed payrolls increased by 559,000 in May after a 278,000 gain in April, which suggests that hiring efforts started paying off last month. Still, the payrolls figure came in below estimates and leaves the labor market 7.6 million jobs short of pre-pandemic […] 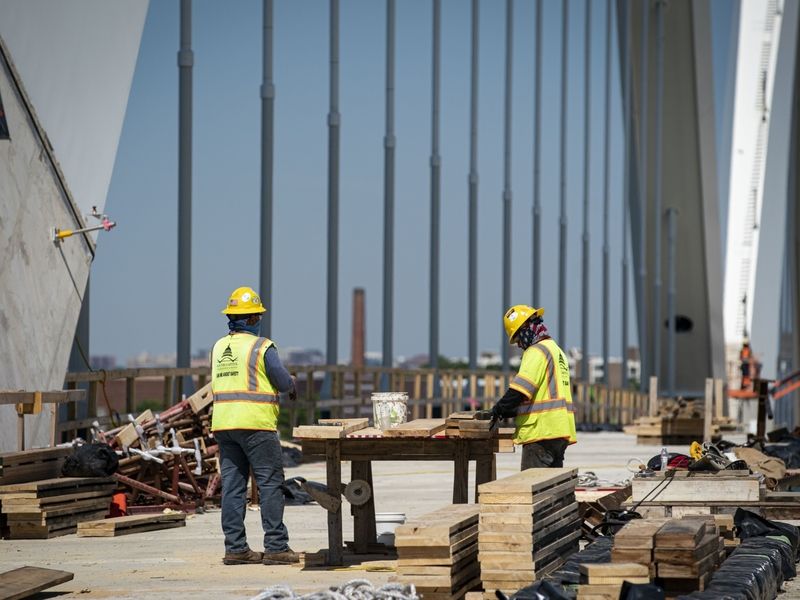