The Nevada Department of Employment, Training and Rehabilitation (DETR) released is March 2021 economic report on Thursday, showing some job growth but continuing to serve as a reminder of the economic hole created when businesses shut down during the COVID-19 pandemic.

In other metro areas, Reno added 700 jobs and Carson City remained flat. Both Northern Nevada areas have recovered quicker than Las Vegas, which has a bigger dependence on air travel and convention business.

“While there is still ongoing significant disruption highly concentrated in the Las Vegas area, the state is adding jobs back in businesses that cater to tourism which indicates firms in the state may be gearing up to capture the pent up demand for travel and tourism worldwide,” said David Schmidt, DETR’s Chief Economist.

“The combination of increasing activity, relaxed restrictions, increasing vaccine availability, and the return of work search requirements on unemployment claims should be reflected in increased employment and economic activity as we head into the summer, though current employment levels still remain well below prepandemic levels,” said Schmidt.

Island adds over 16,000 jobs in March from month prior, state data shows

Fri Apr 16 , 2021
Long Island added more than 16,000 net new jobs in March, led in part by hiring in support services such as cleaning and security that could signal workers’ return to offices. The increase in jobs last month from February — a 1.4% increase — was above average for March and […] 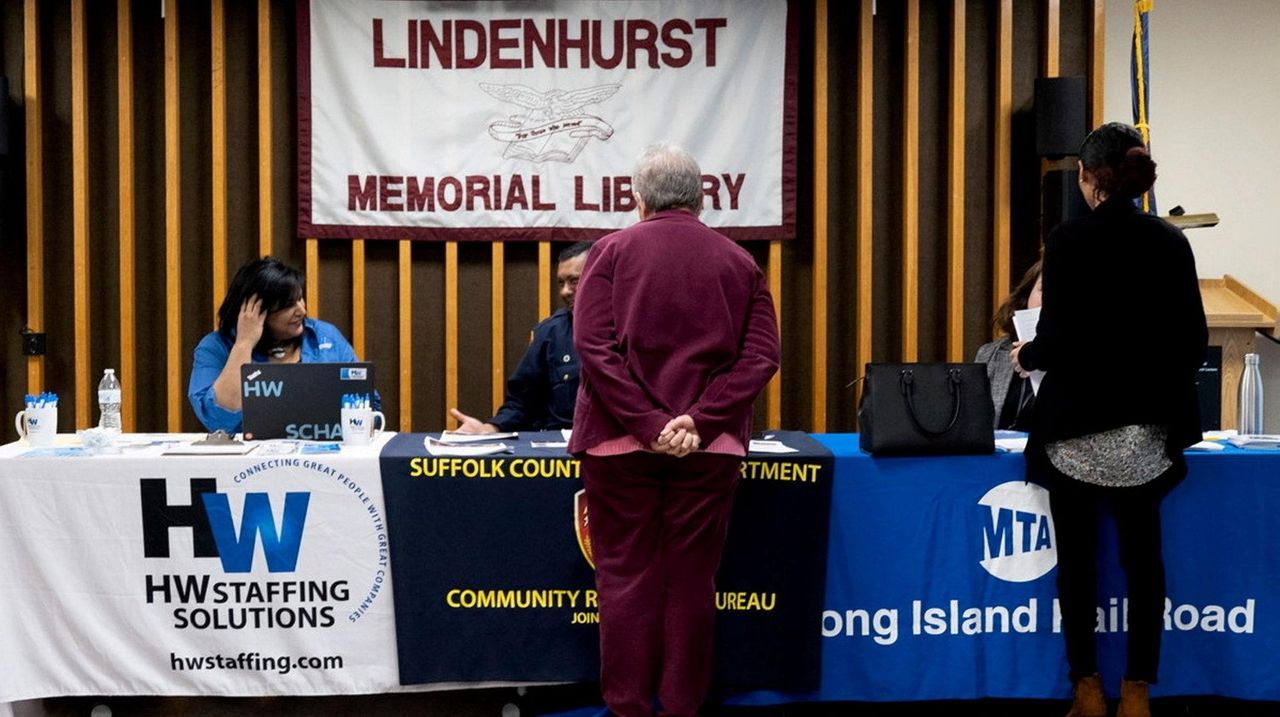