ANNAPOLIS, Md. – Following a three-week pause, Navy baseball (4-0, 0-0 Patriot League) is back in action this weekend to open its 2021 Patriot League schedule against Bucknell (4-7, 4-3 Patriot League). The Midshipmen are slated to travel to Lewisburg, Pa., on Saturday for a doubleheader starting at noon. Then, Navy hosts the Bison on Sunday for the series finale at 2 p.m. from Terwilliger Brothers Field at Max Bishop Stadium.

No fans are allowed to attend Saturday’s doubleheader hosted by Bucknell. Following the guidelines set by state and local government officials, Navy will allow limited attendance at its home baseball games this spring. Spectators will be required to wear a mask throughout the contest and maintain social distancing.

This year, Navy won its first two games of the campaign against Coppin State, 7-2 and 16-11, and then the Midshipmen swept a doubleheader against George Mason, 7-3 and 3-2, before the break.

Joe Simourian has paced the Navy offense to start the year with a .429 batting average along with a .857 slugging percentage and a .579 on-base percentage, all of which lead the team. He has all three of the team’s triples and ranks second in the country in the category. As a team, Navy is hitting .270 overall with a .385 slugging percentage behind 11 extra-base hits. The Midshipmen are also reaching base at a .416 clip. Simourian, Logan Keller and Colin Smith lead the team with five RBIs apiece with Zach Stevens tallying a team-best six runs through the first four games this season.

On the mound, Navy has a 4.24 team ERA with Tommy Goodridge and Trey Braithwaite tossing at least four innings each without allowing an earned run. Braithwaite has pitched just four innings out of the bullpen but has struck out nine batters and he leads the nation with a 20.25 strikeouts per nine innings mark. Goodridge has allowed opponents to hit just .115 at the plate in his eight innings of work and he holds a record of 1-0. Charlie Connolly has struck out a team-high 10 batters over eight innings and he leads the Midshipmen with a record of 2-0 in two starts.

Bucknell comes into the weekend with a record of 4-7 overall following a midweek loss to No. 14 Pittsburgh, 17-9. In the Patriot League, the Bison are 4-3 after winning three of four games this past weekend at home against Army.

Freshman Jacob Corson has paced the Bucknell offense with a .333 average in 10 starts this spring and he leads the way with 11 runs scored and is tied for second with 12 hits. Chris Cannizzaro has a team-best .558 slugging percentage with six of his 13 hits going for extra bases. The Bison pitching staff has been paced by Will Greer and Brenden Tuttle and the staff has a 5.73 ERA overall. Greer leads the starting rotation with a 1.00 ERA and 18 strikeouts in 18 innings. Tuttle has tossed 15 innings in his three starts where he has notched 19 strikeouts to go along with his 4.20 ERA.

Navy has won the last nine meetings against the Bison, but the two programs have not met since the 2019 season when Navy capped off the season series with a 3-1 win in Lewisburg. All-time, the Midshipmen have a record of 88-71-1 against Bucknell.

Following the three-game series this weekend, Navy resumes its midweek slate on Wednesday against George Washington on the road in Washington, D.C.

Mexico Travel Restrictions: Updates From the State of Baja California

Fri Mar 26 , 2021
The State of Baja California is now in its yellow phase of reopening. Each week, every region in Mexico is assigned a color which determines the level of phased reopening that region can achieve. The colors range from red, which limits activities to essential activities only, to green, which indicates […] 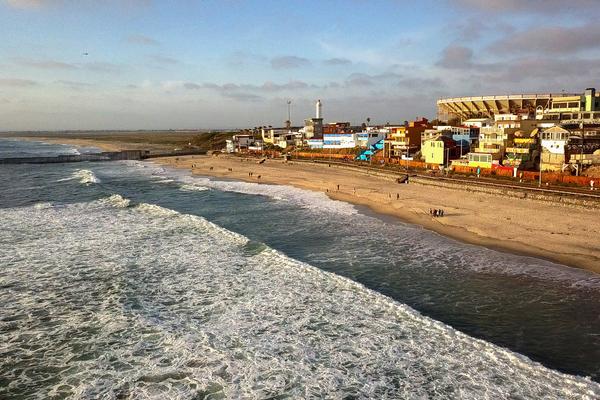