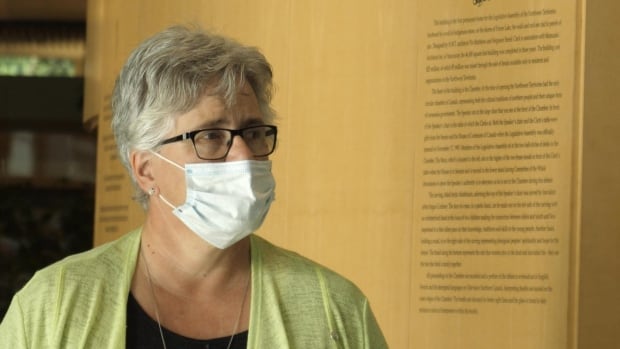 N.W.T. Health Minister Julie Green is hoping for “good news” on a possible travel bubble, or some form of freer travel, between the N.W.T. and Yukon by the end of March.

“Since November 20th, Yukon has halted its bubble with B.C. It has put in place a dedicated corridor for Alaskan residents travelling to the rest of the U.S.A. Those were the things of concern when we discussed it in June,” Semmler said.

“Will the minister continue to have this discussion sooner than later with the [chief public health officer]?”

Green said as soon as the territory announced self-isolation exemptions for some travellers between the N.W.T. and Nunavut on Feb. 18, she knew “the Delta crowd would want to know about getting to the Yukon.”

Green said the travel exemptions for Nunavut are “not a bubble” because people must isolate if they travel from the N.W.T. to Nunavut.

“What I think people in the Delta want is a bubble, where there is free movement across the border without isolation in either jurisdiction,” said Green.

She will meet with Chief Public Health Officer Dr. Kami Kandola this Wednesday to discuss exactly that.

But Green say free movement between the N.W.T. and Yukon will depend on vaccination rates in the two territories, and on Yukon’s willingness to consider lifting its own self-isolation requirements on non-resident travel.

“This is a live issue,” Green said.  “We hope to have all of our vaccine rolled out by the end of March, so I’m hoping to be able to ask the CPHO … and have the good news prepared for the end of March.”

Green said she is scheduled to meet with officials from the Office of the Chief Public Health Officer Wednesday. Health officials in both Yukon and the N.W.T. aim to have most of their eligible residents vaccinated against COVID-19 by the end of March.

The decision to lift some restrictions on travel between the N.W.T and Nunavut recognized the “strong ties” between people in both regions.

For Nunavut, the current rules allow for exemptions if a person is not symptomatic, has neither been named a contact of a COVID-19 diagnosis nor notified they were part of a COVID-19 outbreak.