The pandemic has been a cruel blow for thousands of migrant workers in South Asia who are out of work or unable to return to their jobs abroad.

Countries like Bangladesh, India and Nepal rely heavily on migrant workers, who send billions of dollars home each year. But over the past year, many have lost their jobs and been forced to return to their native countries. Others still have jobs or have found new ones, but are struggling to make travel arrangements to take up the posts. The lack of Covid-19 vaccines has compounded the problem, with many countries requiring migrant workers to be inoculated to avoid quarantine or sometimes to enter at all.

Ajay Sodari, a migrant worker in Kathmandu, Nepal, who needs to be vaccinated before he can start his job in South Korea, said, “I spent four years studying the Korean language, to get selected as a qualified worker in language tests and sign a labor agreement with the company.” He said that he had spent thousands of dollars to meet the employment requirements but that the pandemic had “shattered my dream.”

The lack of vaccines has been most acute in Bangladesh and Nepal, both of which planned to source most of their doses from neighboring India until New Delhi stopped vaccine exports this spring to prioritize its own citizens. In Bangladesh and Nepal, only about 3 percent of the population is fully vaccinated, according to a New York Times database.

In Nepal, where inward remittances account for a quarter of gross domestic product, migrant workers were not among the priority groups in initial phases of the vaccination campaign, which favored older adults, frontline health workers, security personnel and government officials. As many as 35,000 migrant workers are stuck in Nepal despite obtaining final work permit approval from the country’s government, according to the Nepal Association of Foreign Employment Agencies. The group says that most countries have stopped recruiting workers from Nepal because they are not vaccinated.

In Bangladesh, there are at least 90,000 migrant workers waiting to get vaccinated before they can start their jobs abroad, said Shahidul Alam, director general at the Bureau of Manpower Employment and Training, a government agency. Mr. Alam said that Bangladesh was stepping up its vaccination efforts among migrant workers, including with the introduction of an app.

“In the last seven days, at least 45,000 workers registered in the app, and the vaccination for them is already started,” he said on Thursday.

The workers’ situation is complicated by the fact that their destination countries sometimes require certain vaccines. Neither Saudi Arabia nor Kuwait, two of the most common destinations for Bangladeshi migrant workers, recognize the Chinese-made Sinopharm vaccine, which Bangladesh now largely relies upon for mass inoculation.

To help the stranded workers, the government in Bangladesh is giving them the Pfizer vaccine at seven health facilities in Dhaka, the capital, using some of the 106,000 doses received through the Covax global vaccine-sharing program. Mr. Alam said that the workers would also receive some of the 2.5 million doses of the Moderna vaccine received from the United States this month in partnership with Covax.

In India, which has the world’s largest migrant population at nearly 18 million, vaccine shortages are worse in some states than others. The southern state of Kerala is home to the greatest number of migrants in India, with nearly four million Keralites living abroad. Though the state has recently prioritized vaccination for migrants, many said they had been stranded in India for months, unable to return to their jobs and worried their visas would expire.

Hanees Babu, 52, has been waiting in Kerala for nearly nine months to return to Kuwait, where he owns a business selling automotive lubricants. He has received both his shots, but since his vaccine certificate doesn’t list the details he is unsure whether the government of Kuwait will accept his application to travel back.

Mon Jul 12 , 2021
With Richard Branson’s successful spaceflight yesterday and Jeff Bezos’s upcoming spaceflight aboard Blue Origin later this month, humanity is surely edging closer to a future where space tourism will be more mainstream than ever before.  Reuters Also Read: Virgin Galactic’s Successful Space Flight Broke Five Records Along The Way However, did […] 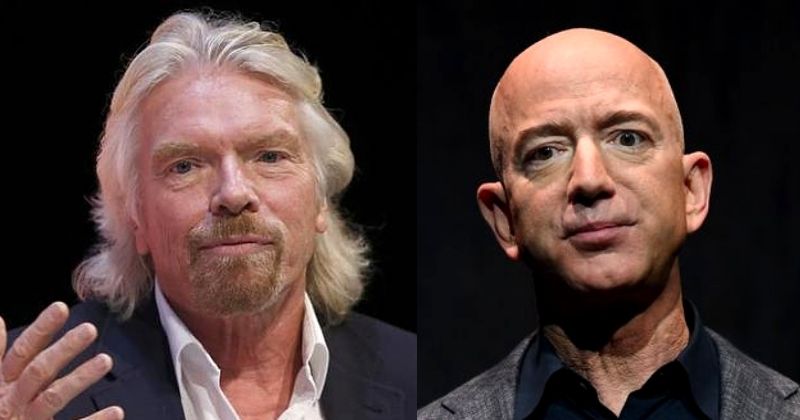