Maine Nordiques Academy 18U team gathers for a photo prior to practice at the Colisee in Lewiston on April 20, 2021. Russ Dillingham/Sun Journal Buy this Photo

After losing to Mount Saint Charles Academy 3-1 in the New England District Championship 18U championship final on April 11, some players thought the season was over. Skerlick, though, told them they still have more games to play.

Skerlick’s gut feeling came to fruition April 16 when the 18U team received an at-large bid into the USA Hockey Tier I 18U National Tournament, which are taking place in Maryland Heights, Missouri, from April 28-May 3.

“You saw the (2002-birth year players) crying after losing to Mount Saint Charles,” Skerlick said. “I asked them, ‘Why are you crying for? You aren’t done, you aren’t done.’ It was even more fun as a team memento; we were giving runner-up hats and I asked someone to throw them away for the boys because I knew they wouldn’t accept runner-up hats. Anthony Galente, one of our team captains said, ‘We are wearing these hats on the plane when we get the call (that we are going to nationals).’ I actually wore my runner-up cap to announce we got invited to national tournament. It was an exciting day, but we went back to work.”

Reaching the national tournament has been the players’ goal since the season began.

“We have been working at it all year,” defenseman Kadsen Johnson said. “To win you have to get in, and that’s what we have achieved over the last few months. It has been a real blast playing with these guys and having a chance to go up and down from the (North American Hockey League) team and practice with (the junior team).”

Johnson spent part of the year with the Maine Nordques, playing in six games at the junior level and recording an assist. With the 18U team, he’s fourth in scoring with eight goals and 27 assists in 40 games.

The 18U team is 41-9-2 this season and currently ranked as the No. 6 18U team in the nation, according to MYHockey Rankings. The original schedule had 63 games on it, but the interstate hockey ban in place from November to March allowed them to play only 14 games of the games on the original schedule, forcing Skerlick had to build the schedule on the fly. The team has traveled 78,000 miles round trip this season.

At one point this season the 18U team was scheduled to travel to Michigan, but couldn’t because members of the team tested positive for COVID-19. The team continued to rack up wins, and it didn’t take too long for Skerlick to reschedule the trip to Michigan. It came together so quickly that Skerlick forgot to tell St. Dominic Academy, where most of the players attend school, that the team was heading to the Midwest.

“I called all the Michigan teams again and said, ‘Hey, we will come out whenever.’ It was a Tuesday, and one call, by Wednesday morning, I had an eight-game schedule. I told the boys, ‘Go home, pack your stuff, we are going,’ and when we got halfway to (Michigan) someone goes, ‘Did you call the school?’

“It was really hard and challenging finding the opponents and games. It got easier when the kids did the work. That first eight game trip we went 7-1, we played eight games in eight days. Once that happened, our national ranking started to go up. What ends up happening in youth hockey as you get higher up the rankings, all the top teams want to play you.”

The Nordiques also were able to set up a game against the Pittsburgh Pens Elite team, the No. 2 ranked team in the nation, in February. The Pens won the game 4-2.

Skerlick built the schedule with the hope that it would help the team earn at least an at-large bid into the national tournament.

All the travel and time spent together brought the team became closer together.

“It’s been a crazy year, but realistically, it has been one of my favorites” Galente said. “I have never been a part of a team where we live together, do everything together, eat our meals together, workout together. I say every day is like a movie. We always have fun bonding together and it’s been a blast all year.”

Skerlick also said this team is one of the closest that has been part of, either as a coach or a player.

The team was shutdown from playing games in 11 of the 39 weeks it has been together. During that time they gathered to play football or soccer at a local field or turned on the Xbox to play NHL 21.

The on-ice keys to the team’s run to the national tournament have been its depth and different players stepping up at different points of the season. Galente leads the team with 28 goals and 23 assists in 38 games. He and linemates Ryan Panico and Jack Kurrle all had 10 points in the regionals in Hudson, New Hampshire.

The players pick each other up when one of them is struggling.

“That’s what I love about this team, we have a lot of depth,” Galente said. “Realistically, when one guy isn’t going in one game, we will pick him up and another guy will get going.”

Maine Nordiques Academy 18U coach Nick Skerlick goes over a drill at the start of practice on April 20. Russ Dillingham/Sun Journal Buy this Photo

The 18U team had two more players signed a NAHL tender for next season.

Forward Aiden Westin and defenseman Clay Allen both of Anchorage, Alaska have signed with their hometown team, the Anchorage Wolverines, which will be an expansion team in the NAHL next season.

“I am super excited for them, they are homegrown Anchorage, Alaska boys,” Skerlick said. “For them to be able to put on their hometown sweater in front of their friends and family every single night, I am very happy for them.”

In March a handful of 18U players signed tenders.

Tourism leaders say the COVID-19 vaccine could be key to bringing back big events, travelers

Tue Apr 27 , 2021
According to the CDC, Louisiana is the third lowest state in the country when it comes to the number of people who’ve had at least one dose of a COVID-19 vaccine. NEW ORLEANS — Doctors hope resumption in the use of the Johnson and Johnson COVID-19 vaccine will help increase […] 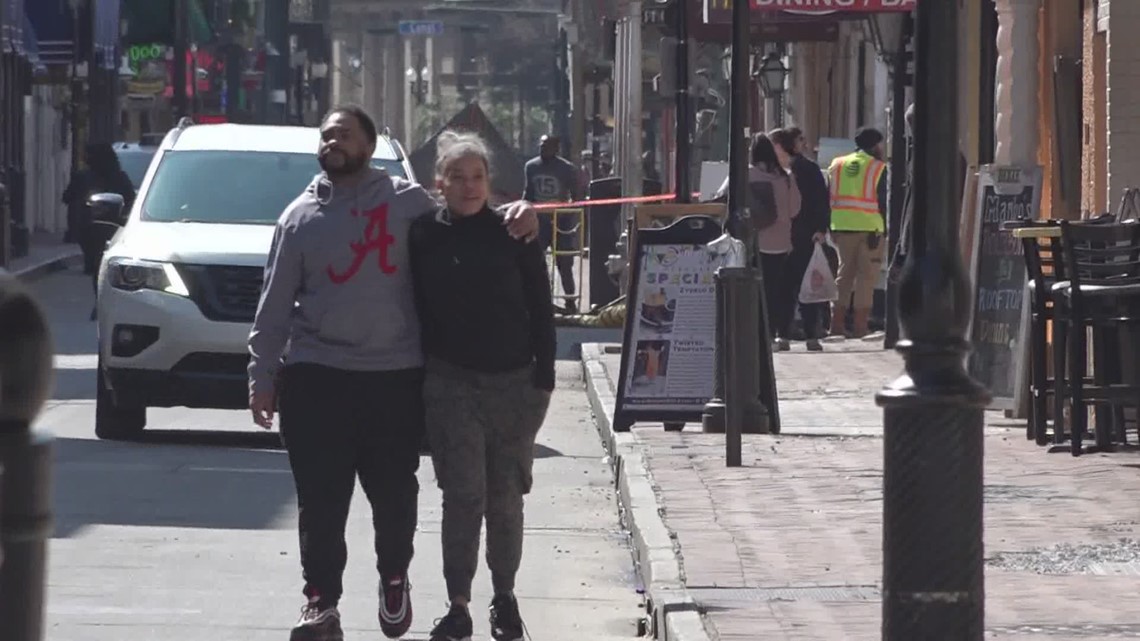