Skip to content
STILLWATER, Okla. – Air Force’s Mahala Norris wrapped up an exciting long weekend of competition the same way she began it – claiming a fourth-place finish in an NCAA Championship event. The senior claimed her second All-America nod in less than 72 hours this afternoon (March 15), as she posted a 6K time of 20:11.8 to finish fourth out 255 runners at the NCAA Division I Cross Country Championships in Stillwater. The men also competed on the OSU Cross Country Course today, placing 19th in the 31-team championship 10K.

Norris recorded the program’s best individual finish at the NCAA Division I Championships since 1995 (Eric Mack, third) – and joined Mack as the only runners to earn a top 10 finish at that meet since 1969.

It is the second All-America award in cross country for Norris, who placed 39th at the 2019 championships.

Norris, who claimed a fourth-place, All-American finish in the 5000-meter run at the NCAA Indoor Track and Field Championships on Friday (March 12) night in Fayetteville, Ark., was the top finisher among those who attempted the indoor/cross double this weekend.

“Mahala’s last 10 days have been absolutely amazing,” Air Force head coach Ryan Cole said. “It’s been a historic stretch.  To be the first Mountain West cross country champion in school history last Friday, followed by the highest individual finish in school history on an indoor track a week later, was pretty awesome. But finishing fourth against 250 of the best female cross country runners in the NCAA three days later, on a very challenging course, was remarkable. Mahala is talented, she’s fit, but the biggest variable that made those performances possible is her toughness. Truly incredible.”

The men, who entered the meet ranked 19th in the latest USTFCCCA National Coaches’ Poll, earned that same placement in today’s race – and accounted for their best team finish at the NCAA Cross Country Championships since 2017. The Falcons, who saw five of their seven runners make their first appearance in an NCAA-level meet (regional or national), the Falcons combined for 464 points to finish 19th in the 31-team championship.

Junior Ryan Ioanidis paced the Falcons’ young squad, as he tallied a debut 10K of 31:15.1 to finish 77th in the 251-runner final, while sophomore Ryan Johnson also placed within the top 100 with a 10K debut of 31:29.6 (93rd). His older brother, senior Scott Johnson – the only member of the Falcons’ lineup to have previously competed in a NCAA championship final, finished 103rd with a time of 31:34.1, while freshman Luke Combs placed within the top half of the overall field (121st, 31:48.0) in his first collegiate 10K. Sophomore Scott Maison, also making his 10K championship debut, rounded out Air Force’s list of scoring runners by finishing 148th with a time of 32:10.5. Overall, the Falcons’ five scoring runners combined for a spread of just over 55 seconds – the fifth-closest spread of the day.

“The men were hoping for a bit more today,” Cole continued. “We had some challenges with our initial positioning and we weren’t able to move much throughout the race. We had a lot of guys in their first XC 10K and first national meet, so this will be a significant learning experience and motivator as we move forward. We know we’re capable of a lot more and it will be a fun process as the guys pursue having a significantly better outcome this upcoming fall.”

With both cross country and the indoor season coming to a close over the last four days, Air Force will now turn its attention outdoors. The Falcons kick off the second half of their season this weekend (March 19-20), when they travel to Boulder for the annual Jerry Quiller Classic.

Black Illinoisans twice as likely to have lost jobs in 2020 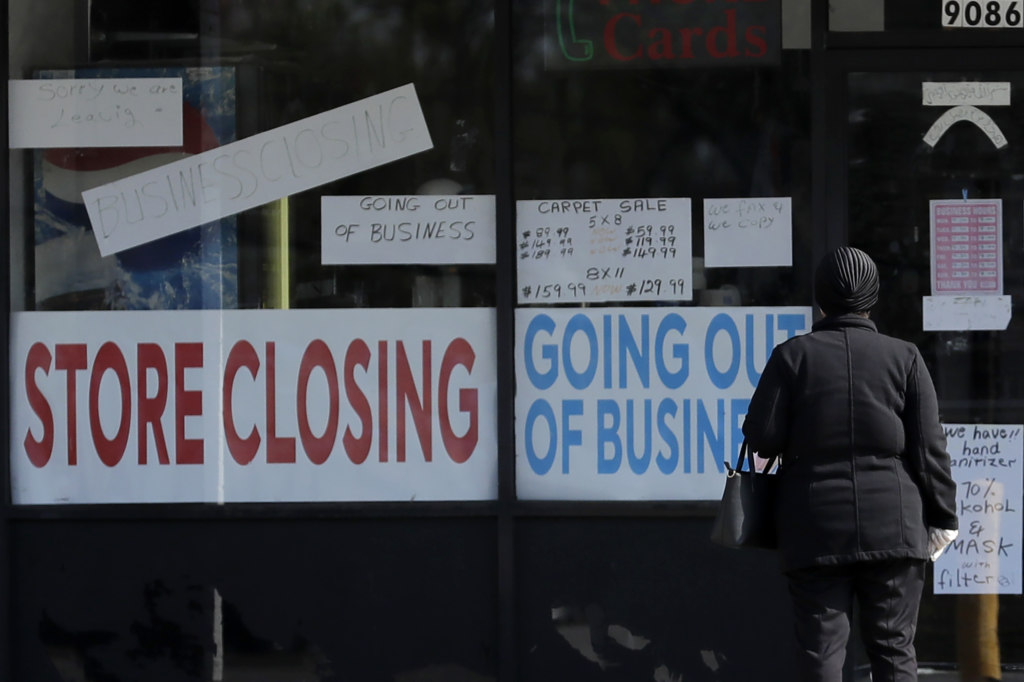