Patrick Weah left Liberia a decade ago for an opportunity he calls America, and now he finds it all at his feet.

Along with a bounding soccer ball he juggles religiously with those feet is a Major League Soccer contract he signed Friday with his hometown Minnesota United.

Weah, his mother and two brothers came to Minneapolis in 2011, guided by grandparents who won a visa lottery that allowed them to leave war-torn West Africa in the early 2000s. They chose Minnesota because of its sizable Liberian population.

Patrick and older brother Clarence brought soccer skills instantly recognized by those who watched them play.

With a royal soccer surname in his home country, a self-help book on his bedroom nightstand and a jersey number chosen from Biblical scripture, Weah’s path to professionalism proves the African proverb about raising a child.

It took some luck and a community of suburban soccer-club benefactors who housed, fed, drove and funded two brothers different in their personalities but full of soccer potential.

The nephew of a Liberian soccer legend he doesn’t really know — who is now the country’s president — keeps the book “7 Habits of Highly Effective Teens” in his basement bedroom in Maple Grove. It’s the home he has shared the past five years with his former youth soccer club coach, Chad Ogle.

They met after Weah single-handedly kept his Urban Stars team tied with the Twin Stars Academy team — one of the state’s best youth squads — in a 2013 game that Ogle coached and his son Jake played.

“Words can’t describe,” Jake Ogle said. “The ball would just get on his foot.”

Weah’s performance created two questions: How can we get him on our team? And how can we help?

Twin Stars invited the brothers to play with them as “guest” teammates in a tournament. Afterward, everybody went back to the Ogle house to play Xbox and pool in the basement.

“They came here and never left,” quipped Chad Ogle, a single father and vice president of a Shakopee logistics and transportation company.

“It really did take a village,” Ogle said.

After eighth grade, Patrick moved into the Ogles’ basement next to Jake’s room. Chad became his guardian. Weah enrolled at Wayzata High School, where he built a 3.3 GPA, and played soccer.

The Trojans finished state runner-up his freshman year and state champion his sophomore year. Weah, who scored a combined 35 goals in those seasons, tore his ACL his junior year. He played in Minnesota United’s development academy his senior year.

Last summer he left for St. Louis University, where — after the pandemic delayed the soccer season — he played three games in February that interested pro scouts when the Loons offered.

When Patrick moved in with the Ogles, Clarence moved in with Cindy and Stuart Tapper, whose son, Henry, played for Twin Stars. Clarence, who played in Sporting Kansas City’s academy, is bound for Drake.

Compared to his brother, who was sensitive, empathetic and tidy, Patrick was stoic, shy and not so tidy. When Patrick wanted the ball, he simply told his teammates “eh” until his English improved.

“We always joked there were three words Patrick knew for sure,” Cindy Tapper said. “No, eh and Chipotle.”

Aminata watched her son sign his pro contract Friday, one that makes him the Loons’ second “homegrown player.” Typically, it’s a four-year deal that averages nearly $100,000 a year and includes a stipend for online college for prospects raised in an MLS team’s geographic territory. Minnesota United’s first such signing was Fred Emmings, a goalkeeper from St. Paul who joined the Loons at age 15 last year.

“The way it’s all worked out has been kind of a miracle,” said Jake Ogle, now a sophomore at Arizona State. “What started as a friendship turned into a brotherhood. He’ll be considered family for the rest of my life.”

Weah plans to wear uniform No. 29, a chapter from the Old Testament’s book of Jeremiah that promises “plans to prosper you and not to harm you, plans to give you hope and a future.”

It’s one of Weah’s favorites.

“This is just the beginning,” he said. “I have not gotten anywhere I want to be yet. This is the next step forward. I still have a long way to go.”

He intends to make the gameday roster on a club working to form an Under-23 second team, a path to reach the first team that it currently lacks.

“I want to be a first-team player as soon as possible,” Weah said. “They’re going to have a U-23. If worse comes to worse, I can develop there.”

The Loons last fall traded territorial rights to 17-year-old Minnesotan Caden Clark, Weah’s longtime friend who worked a trade to the New York Red Bulls aimed at playing in Europe someday. Clark burst into MLS by being the youngest player in league history to score goals in his first two games.

In August 2019, the Loons signed 19-year-old Thomas Chacon, but he hasn’t yet found playing time or his way in MLS. Clark trained some with the Loons’ first team. Weah trained with it before COVID-19 struck.

Timothy’s dad and Patrick’s uncle is George Weah, one of Africa’s greatest players. He won FIFA’s 1995 World Player of the Year and Golden Ball. George visited the Twin Cities in 2005 to accept an award from the Liberian community.

“I always talk to him about shining as Patrick, not shining as a Weah,” said Vargas, a former Costa Rica pro who co-founded Pura Vida Elite training in the Twin Cities. “He’s very clear about that. He is really obsessed about soccer. He knows what he wants.”

Jake Ogle credits Weah’s seven months at college for that maturation before the Loons called with an offer Weah called “a path forward” that he took.

“It forced him to grow up and get out completely on his own,” Jake Ogle said. “He’s a lot better player, a better person with a lot better work ethic. He always had the talent. He’d been able to get away with things other kids couldn’t because he was so talented.”

“This is what I saw for myself. I already knew it was going to happen. My whole life I’ve been waiting for it. I just had to keep working and get lucky — and I got super lucky: Winning the lottery, lucky to meet the people I’ve met.

“I’ve just been lucky whole life. Blessed. I thank God for that.”

48% of Americans would give up their job just to travel again, survey finds

Mon Mar 1 , 2021
(KYMA, KECY/NBC News) – After staying home for nearly a year, Americans would give anything to hit the road again. Anything. Desperate vacationers said they would willingly give up love, sex or money in exchange for a trip, according to a recent survey by travel search site Trivago. More than […] 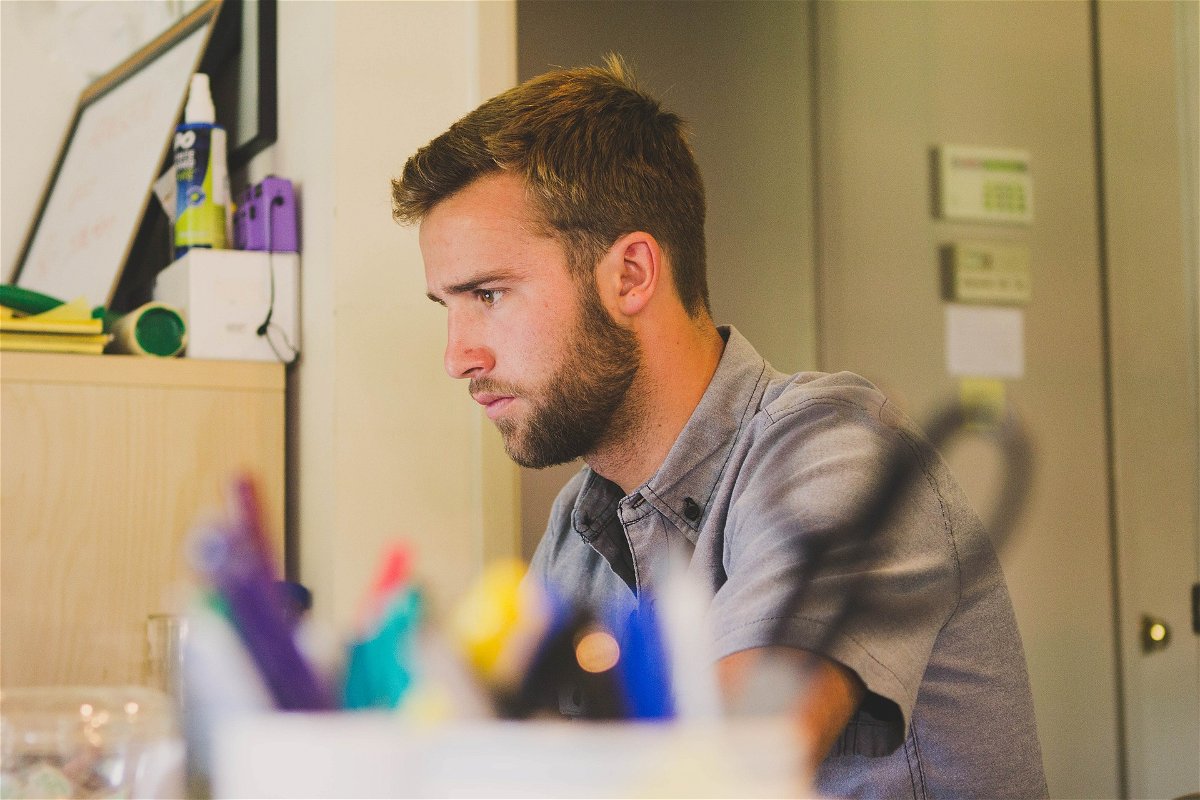