School districts have had to come up with creative ways to ensure performances such as plays and musicals can go on during the COVID-19 pandemic. Recently Avon High School’s Drama Club recorded its performance of “Radium Girls,” and sold tickets for the public to stream the video.

The shows continue to go on as the Lake Ridge Academy Theatre Department is producing its first movie musical, “Ranked,” amidst the challenges of singing and staging a production during a pandemic. Unable to sing inside, the students found outdoor spaces on campus.

The popular TikTok video-sharing social networking service proved to save the day as students pre-recorded their vocal tracks individually and then lip synced their parts in a group setting using TikTok.

“I like how we are trying new things and making them theatrical,” said Ira Mehta, a freshman at Lake Ridge Academy, in a press release. “It’s rewarding when we are done recording a song.”

Thespian president and sophomore, Cole Stellato, added that even though the process was something new and challenging, it was rewarding to create the production with his peers. Cole plays Ryan in the film, a high-ranking student who lives carefree.

As outlined in the press release from Lake Ridge Academy, “Ranked” takes place in a dystopian high school where students’ class rankings determine everything–friendships, cafeteria seating, study groups, and the future. When the system is compromised by parents buying grades for their kids, their world is entirely shattered.

The show will premiere at 7 p.m. March 5. Cast and crew will participate in a live feed Red Carpet event followed by the streaming event. Viewers can also opt for a link that will be available for 24 hours beginning at 5 p.m. March 6. To watch the “Ranked” movie trailer, go to youtu.be/BmMfUn1yPYg.

Bakery shop coming: Kelsey (Smith) Shepard made the announcement Facebook official last week, her popular Kelsey Elizabeth Cakes shop is coming to Avon this summer (approximately July) in the former Minotti’s location on Detroit Road (near Mitchell’s Ice Cream and Third Federal Bank). It will be the shop’s flagship and largest location.

The post notes that while the original location in Avon Lake, 720 Avon Belden Road, is only 10 minutes away, the Avon shop is nearly 4,000-sq.-ft. which will allow for ‘better consistency, quality control, more orders, more shipping boxes, and more locations.’

Shepard, a graduate of Avon Lake High School, opened the Avon Lake shop in 2014. A second location in Rocky River followed in 2016. She also noted in her Facebook announcement that she is planning to open a location on the east side, as well as Columbus and plans for more locations.

“I chose Avon because it’s a great, growing community,” said Shepard. “And yes, both original shops are staying open.”

Home and remodeling show: Looking to do any remodeling projects this year? Or need a little inspiration for your home? Now is your chance to talk with more than 50 local and national vendors at the North Coast Building Industry Association’s Home & Remodeling Show from 9 a.m. to 5 p.m. Feb. 27 at the Emerald Event Center, 33040 Just Imagine Drive. Admission and parking are both free. There will also be food vendors on site, giveaways, and door prizes. For more information, go to ncbia.com/consumers/home-remodeling-show.

No tax services: With the uncertainty of when the Avon Senior Center will open, AARP will unfortunately not be providing tax assistance at the Center this year. To find information on what sites are still available, call 1-888-OUR-AARP (1-888-687-2277).

Snow removal for seniors: The Avon High School Boys Hockey Team will be providing snow removal services for seniors on an as needed basis this month. For more information, call 440-934-2417.

St. Patrick’s Day lunch: A special St. Patty’s Day Drive-Thru Lunch will be available for seniors at the Avon Senior Center, 36784 Detroit Road, from 11 a.m. to noon March 16. Drive by and pick up a traditional St. Patty’s Day meal of corned beef, cabbage, red skin potatoes, carrots, and dessert. Cost is $12/person. Checks can be made payable to Avon Seniors, Inc. Deadline to register for this event is March 9. For more information, call 440-934-2417.

Crushers baseball schedule: Baseball is back as the Lake Erie Crushers recently released the 2021 Frontier League schedule, featuring 48 home games at Mercy Health Stadium, including eight weekends. The Crushers will open the season at home May 27 as part of a five-game Memorial Day weekend homestand.

“We are thrilled to be getting back on the field this summer”, said Tom Kramig, Crushers co-owner, in a press release. “It’s been 20 months since the Crushers have played a game, and we’re excited to see the fans back in the ballpark.”

Increased safety protocols are already in the works for the upcoming season. All fans and staff will be required to wear masks and stadium capacity may be limited during the early part of the season. The Crushers are working with Lorain Public Health to ensure all fans are safe at the ballpark this summer.

March Madness fundraiser: The Avon Lions Club March Madness Fundraiser is now open. The cost is $25 per square and participants have 67 chances to win. There is no limit on the amount of squares you can buy. Once a board is sold (100 squares), names and numbers will be drawn and randomly assigned. A completed board will be sent to participants via email. Information can also be viewed by accessing the Lion’s Club website at avonlions.org or on Facebook, facebook.com/avonlionsclub. Payment can pay by cash, check, or Venmo. For Venmo, contact Joe Santoro for details at [email protected] For cash or check, mail to Doug Wetzig, 35736 Waterford Way, Avon, OH 44011.

Deadline to buy squares is March 15. Money raised by the Avon Lions from the event will be used for the William H. Bommer Avon Lions Club scholarships. The scholarships go to deserving high school seniors, as well as several worthy causes in the community such as the Avon Cares Program and the St. Mary’s Food Bank.

Basketball registration: The Salad KraZe High School Basketball League is designed for the high school students who are not currently playing on a high school basketball team. The format will be a boys and girls division of players in grades 9-12. Teams will play 5v5 or 3v3 pending registration numbers. Teams will play once a week and games will be played on Mondays from 6 to 9 p.m. at The Anchor Recreation Facility, 33483 Lake Road. The season runs from April 12 to May 17. To register, go to avonlakerec.com.

Sisters publish book: When sisters Megan and Lea Deis found out their older sister, Alyssa Biggar (Avon Lake resident) was pregnant, they wanted to do something special for her. They created a children’s book, “Heart of the Forest,” to celebrate the birth of their niece, Sophie Biggar. “Heart of the Forest” is the story of a Fox looking for an adventure. It’s not long before he realizes that adventures just aren’t as much fun when you travel alone.

Megan is a middle school counselor and currently lives in Cascade Locks, Oregon; and Lea is a traveling nurse splitting time between Springfield, Illinois, and Avon Lake.

Garden Club meeting: The Avon On The Lake Garden Club will meet at noon March 4 via Zoom. The program will be, “Spicing Up Your Garden.” JoAnn Bartsch, Cuyahoga County master gardener will discuss the many uses of herbs in gardens. For more information on the club, go to avonlakegarden.club.

VFW Fish fry: VFW Post 9871 Auxiliary is hosting a weekly Fish fry from 4-7 p.m. (including Good Friday) at 6805 Lear Nagel Road. All meals are carry-out only. For more information, go to vfw9871.org.

Upcoming show: The Olde Towne Hall Theatre recently announced the “Ring of Fire” will be performed at 7 p.m. April 16-17, and at 2 p.m. April 18. The show features music from Johnny Cash and June Carter Cash. The performances will take place outside at Mill Hollow Amphitheater at Vermilion River Reservation. Social distancing will be enforced. For more information, go to oldetownehall.wixsite.com/oldetownehalltheatre.

If you have news/information or a story idea you’d like to share or a ‘shout-out’, please send an email to [email protected].

Read more from the Sun Sentinel.

Mon Feb 22 , 2021
By Forrest Brown and Megan Marples | CNN Editor’s note: This story was current as of February 15 and will be updated periodically. However, you should still check with the official state websites before you commit to travel plans. Top photo credit: Opus With cases of Covid-19 now past the […] 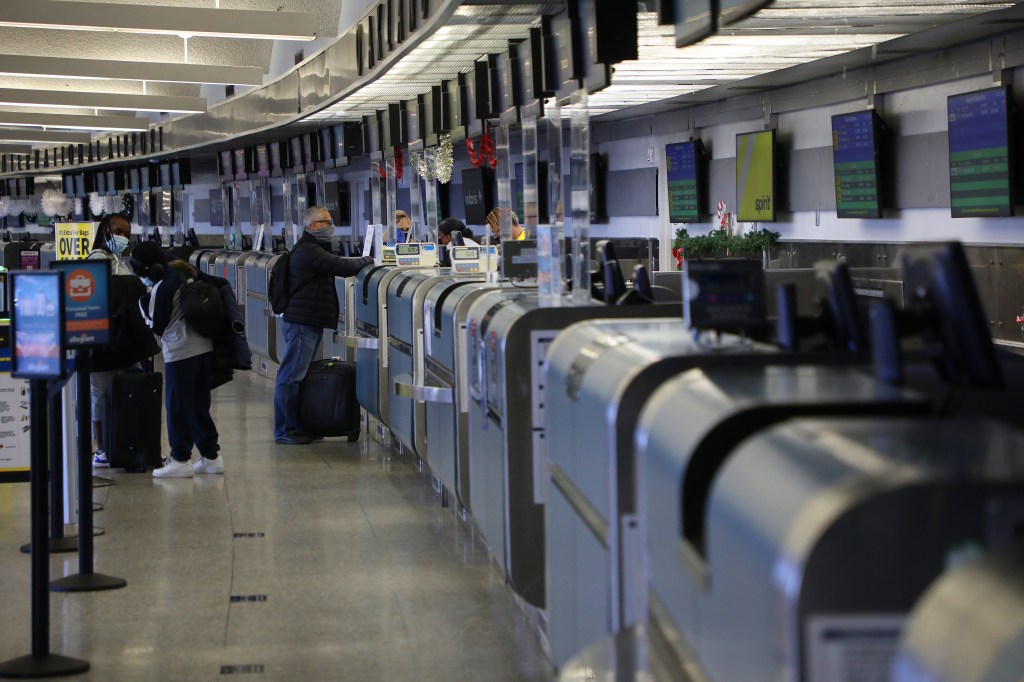