Most times, when Migration Brewing Co. has an opening in its Portland brewery, it’s one of the most popular jobs in town.

“Everyone wants to work in a brewery,” said Colin Rath, Migration’s cofounder and director of its pubs. “They want to get their foot in the door and work their way up.”

This year, though, when Migration advertises an opening, it’s getting no applicants at all. The brewer employs about 50 but Rath says Migration needs up to 20 more to run its brewery and keep its pubs open regular hours.

The labor shortage is especially confounding to Rath and other Oregon businesses because unemployment remains elevated at 6.0%, far above the historic lows around 3.5% that preceded the pandemic. More than 130,000 Oregonians claim jobless benefits each week.

A labor shortage could impede Oregon’s economic recovery by constraining business operations and, potentially, creating inflation. It could also drive some businesses over the edge after the state’s most difficult year on record.

Many employers suspect some prospective hires are faking their job search so they can continue qualifying for jobless benefits, which Congress has sweetened with a $300 bonus every week until Labor Day.

“We have had applicants straight-up tell us, ‘We just applied to keep our unemployment,’” Rath said.

Instead, they point to people’s concerns about potentially contracting COVID-19 at work, responsibilities to care for kids who are still in virtual school, and a flood of hiring across the hospitality industry that has made competition for workers especially intense.

“I think the labor market’s tighter than most people think it is. And it’s this combination of things,” said Gail Krumenauer, economist with the Oregon Employment Department. She’s just published a paper with Josh Lehner with the Oregon Office of Economic Analysis exploring the factors behind Oregon’s labor shortage.

Oregon has recovered a little more than half the jobs it lost during the pandemic. Yet Krumenauer and Lehner believe the state’s labor market will get even tighter over the next few months, at least until kids return to school in the fall.

In the meantime, Oregon is paying out $117 million a week in jobless benefits. That worked out to an average weekly benefit of $670 during the first three months of the year, including the $300 weekly federal bonus.

By nearly doubling the size of weekly benefits, the federal bonus raised the value of Oregon’s weekly benefit to the equivalent of $16.75 an hour. That’s higher than Oregon’s minimum wage, which ranges from $11.50 to $13.25 an hour, depending on region.

That’s good money for not working. But it pencils out to the equivalent of $34,800 per year, far below the state’s medium income of $50,700 among full-time workers.

“With ‘Now Hiring’ signs in many business windows and stronger wage offerings as employers compete for available workers, it’s unlikely that this benefit, in itself, is keeping a vast number of workers on the sidelines,” Krumenauer and Lehner concluded.

Employers are supposed to report it when a laid-off worker collecting jobless benefits refuses to return to work, or if an applicant on unemployment won’t take a legitimate job offer. Since Feb. 9, though, the employment department says it has received just 44 reports statewide.

A bigger factor in Oregon’s jobs squeeze, the economists believe, is the sudden burst of openings that accompanied the loosening of health restrictions, beginning in February in Oregon’s largest counties.

In each of the past two months, Oregon’s leisure and hospitality sector by itself was adding more jobs than the state’s entire economy did in each of the months leading up to the pandemic.

Since Oregon’s recent job openings are concentrated in one segment of the economy, hospitality, that makes it especially hard to hire workers to staff restaurants, bars and hotels.

“That’s a lot of competition at the same time,” Krumenauer said.

There are other factors contributing to Oregon’s labor squeeze. Migration slowed during the pandemic, cutting off the supply of new Oregon workers that helped fuel an economic boom in the years leading up to the pandemic.

And while Oregon’s schools have broadly reopened over the past few months, three-quarters of are still remote part of the time. In a report last summer, Lehner found that one in six Oregon workers have kids at home and no one else there to help take care of them. That limits parents’ ability to go back to full-time jobs.

Employers across the country are reporting a tight labor market, too. But not everyone. Costco chief financial officer Richard Galanti told The Wall Street Journal that it has been “inundated with applications” after raising its starting wage to $16 an hour.

Raising wages might pull more workers back into the job market, or it could make it easier for individual businesses to find the workers they need. Workers would certainly welcome higher pay, of course, which could ease the financial distress that accompanied the recession.

But not every business can afford to pay more, especially small firms operating on the thin profit margins common in the hospitality sector. And Krumenauer noted that higher pay could have an unwelcome side effect, at least in the short run: “That could translate to higher prices for things.”

The labor shortage may be most acute in Oregon’s smaller communities and other rural areas, many of which were struggling to find workers even before the pandemic. The problem may be especially acute in destination spots including the Oregon coast and the Columbia River Gorge, which have relatively small populations but a huge influx of seasonal visitors.

In an analysis last week, employment department economist Jessica Nelson found labor shortages are most severe in Northwest Oregon, the southwest corner of the state, eastern Oregon and in the Rogue Valley. Employers in those regions last year described having twice as many difficult-to-fill jobs as in the Portland area.

Staffing up for seasonal crowds is always a challenge this time of year, according to Ben Stenn, co-owner and chef at Celilo Restaurant & Bar in Hood River. This spring, he said, “It is acute and it is extreme.”

“We have the bare minimum of people and we have put the word out to hire,” Stenn said. “There are no applicants.”

The labor shortage follows an excruciating year of openings and closings as Stenn’s restaurant adjusted to the vagaries of the pandemic, which triggered shutdowns and slowdowns throughout 2020.

“The (profit) margins are thin, particularly thin, in a business like ours,” Stenn said. “We can be profitable but that requires 100% capacity and full staff.”

Celilo employs about 20 but Stenn said he would hire up to 10 more if he could. The restaurant pays between $15 and $25 an hour, he said.

Like other Oregon bars and restaurants, Celilo has limited its hours to adjust to the staffing shortage. He said the labor shortage is compounding the stress that accompanied the pandemic.

“We are in a tenuous situation,” Stenn said. “My tactic is to survive this. I need to somehow get to the other side.”

A new travel guide from the late Anthony Bourdain

Mon Apr 26 , 2021
Master traveler Anthony Bourdain was not one to mince words about any destination. As he said in a “No Reservations” episode in Croatia, “If you like food and haven’t come here to eat, you’re really missing the ******* boat.” He spent up to 250 days each year on the road, […] 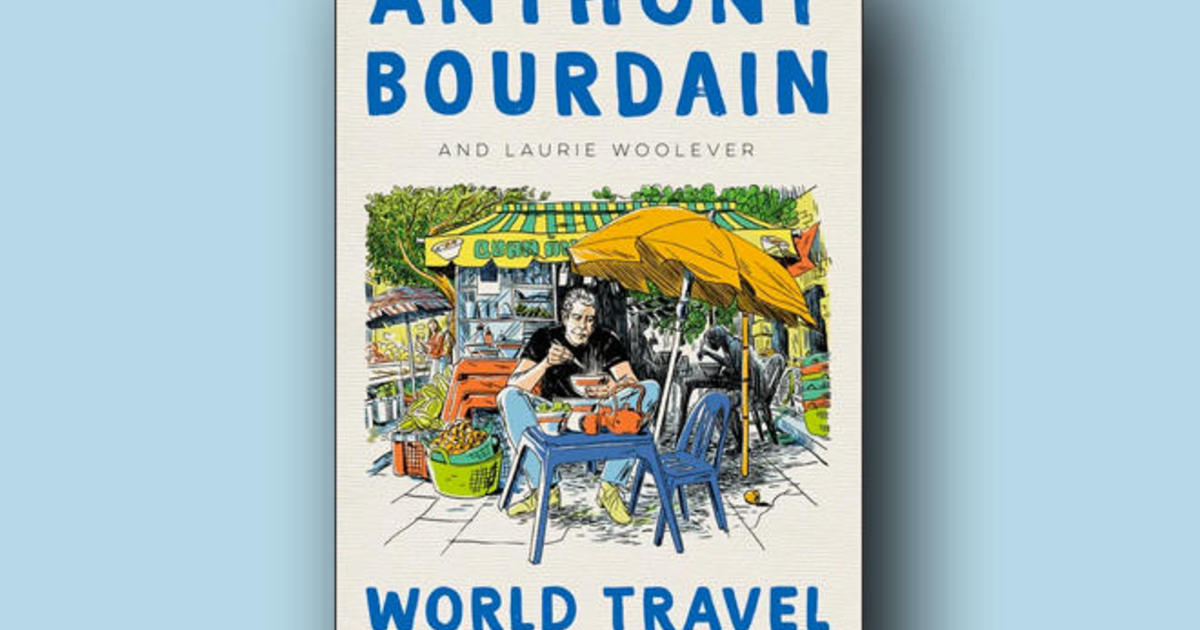