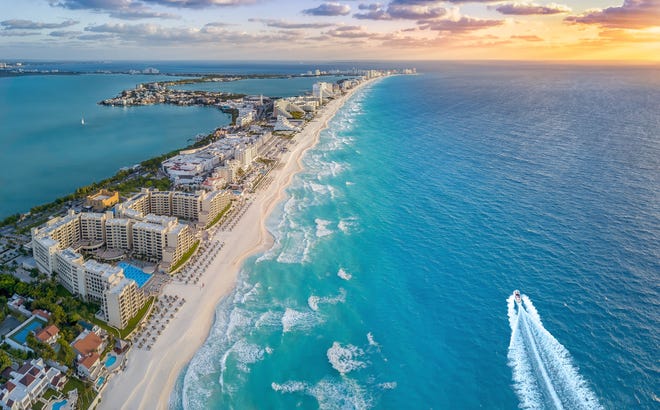 MEXICO CITY (AP) — Even as other countries institute airport testing, tracing and mandatory isolation, Mexican authorities bragged Wednesday about the speed with which they let tourists exit the terminal at the resort of Cancun.

Mexico’s National Immigration Institute, the INM, said Wednesday it took tourists an average of only one to two minutes to enter the country.

“The INM is working to maintain and offer rapid service, with quality and warmth,” the institute said.

Mexico has not recovered the level of tourism it had before the pandemic; the overall numbers of tourists arriving at the Cancun airport, one of Mexico’s busiest, was about 1.3 million in January, 54.7% lower than the same month of 2020, when almost 2.3 million passengers landed there.

A year of border closures:  US borders with Canada and Mexico to remain shut until March 21

But Mexico is one of the few nations in Latin America, and the world, to have instituted almost no measures to limit travelers, require mandatory testing or isolation upon arrival.

Passengers bound for Mexico just have to fill out a form asking about their risk factors for COVID-19 and their contact details.

International arrivals in Cancun took the biggest hit in January, but domestic arrivals of people boarding flights within Mexico to Cancun were down only about 18%.

Flights from the U.S. dried up last spring as the pandemic took hold but returned to near-normal during the holiday season. In December, Quintana Roo, the state where Cancun is located, was averaged 460 air arrivals and departures per day compared to a pre-pandemic average of 500. Tourism accounts for 87% of Quintana Roo’s gross domestic product.