One look into a dugout during the Michigan high school baseball or softball state championship games and you’ll probably notice a common theme.

Most of the players competing for state titles in June will be sporting bat bags and paraphernalia from travel-league programs that they’ve been training with year-round to prepare for the opportunity in front of them.

After a global pandemic wiped out the entire 2020 spring sports season, the gap between state-title contenders and their competition has never been more evident thanks to a seismic shift in philosophies by high school coaches to embrace the world of travel-league sports.

“It’s just the nature of the beast,” said Michigan Sabercats 16-17U head coach Red Pastor. “You have kids that are playing 60-100 more games a year during the summer, combined with the amount of offseason work that a lot of the kids that play travel ball do and it’s no surprise those are the same kids and the same programs that have success in the spring.

“If you look at where the high-level (travel) programs are located across Michigan and then look at the surrounding areas, I don’t think it’s a coincidence that a lot of the high school programs in proximity to those travel teams are also Top 10 competitors in the state every season.”

Pastor, who doubles as an assistant coach for the Muskegon Oakridge varsity softball program, has seen first-hand the difference that a year away from the game has done to the quality of competition at the high school level.

“If you look across the state on a nightly basis and see the boxscores of some of these games this spring, it’s pretty clear how big of a gap has been created by travel-ball leagues,” he said. “I’ve never seen so many games ending in four or five innings on such a consistent basis like they are now. It’s simply because one school has a ton of travel kids and the other schools that they play against are just picking up their gloves for the first time in March.

“That might have worked 10 years ago, but it’s just not going to work that way anymore.”

One of the biggest areas of the game that has been affected by the long layoff has been pitching and the Wildcats have feasted on free passes so far this season on their way to a 14-0 start to the season and a 129-27 run differential.

“We’ve had 82 free passes with 71 walks, and we’ve been hit by a pitch 11 times, so that tells you the type of pitching you’re seeing in some areas,” Pastor said. “If these kids don’t pitch all year round it’s just hard to compete. I can’t sum it up any better than that. You’re just not going to be successful anymore if your program doesn’t have at least four or five kids that played all year round and your pitcher better be one of them.”

Many high school programs are hitting the reset button with their rosters this season and the lack of varsity experience at many key positions is alarming for some coaches.

“I have 13 total innings of varsity experience for my pitchers returning this year, and I consider myself lucky because there are teams within our conference with zero varsity innings on their roster,” said Michigan Center varsity baseball coach Jerry Slack. “It’s kind of crazy but a lot of coaches and a lot of teams are just starting from scratch basically.

“A lot of coaches that I’ve talked to are just worried about how this past year has affected the development of a lot of their teams. It’s a really big issue because there are not many teams that are entering this season with much quality playing time on their rosters. For a lot of programs, the experience that’s on the varsity roster right now is minimal.

“A lot of teams are playing kids that have never played at the varsity level before this season unless they were good enough to be playing varsity as underclassmen two years ago. Right now, the lack of development has really forced coaches to focus on fundamentals and spending a lot of practice time going over stuff that maybe you wouldn’t be doing two years ago at this time.”

The spring season is normally a blur between the time crunch of 30-plus game seasons in two months, but adding even more unknown elements makes it difficult for coaches to look beyond their day-to-day gameplans.

“It’s all trial and error right now,” added Slack. “Even this year, we’ve had two shutdowns, we’ve had minimal practices and we’ve already had games canceled. I’ve talked to my team and we’ve basically taken the approach that it’ll be great if we can win some ballgames, defend the conference title, all that kind of stuff, but we have to get back to making sure we are doing the little things correctly.

“We have to focus on making the routine plays on defense, know where to throw the ball and be swinging the bats well by the time the postseason starts. This past year has been so abnormal in so many different ways, so we are really just cherishing the opportunity to get out and play games again. All of these kids have lost a lot of opportunities and as a coach, I’m just happy to have that competition back.”

It might be back to the basics for some programs, but for teams like the Jackson Northwest varsity softball squad, which has nine varsity players who are committed travel-league players, the spring season has been business as usual.

“I 100 percent think that’s a huge advantage for us,” said Northwest head coach Alicia Mobley of her team’s experience with travel-league teams. “Last year was quite the obstacle for everyone, but these girls probably played around 100 games of travel ball between the last time we played organized high school games to now, so I’m really impressed with how well some of these girls have evolved their skill sets with just one strong summer of travel ball.

“I think more high school coaches need to embrace summer ball programs because they do such a phenomenal job with preparing our athletes.”

Mobley also coaches at Turnin2 Softball out of Brighton and believes more high school coaches should keep in an open mind to the benefits of a travel-ball emphasis.

“I embrace it because I coach travel ball, and I believe the more travel ball kids you have on your roster, the more prepared your team will be in the spring,” she said. “I don’t think athletes have to select only playing softball either. We are a bigger school, so a lot of girls choose to just play softball, but we also have one girl who played basketball this winter and several girls who played volleyball or ran cross country in the fall. A lot of our girls do play other sports, but I think playing in specialized travel ball systems is a great way to improve your game, especially with how last season went at the statewide high school level.”

The biggest obstacle for many parents who question whether or not to enroll their young athletes in travel-league programs is the time and financial investments involved.

“For about $4,000 in six months, your kid gets special training from the time they’re 12 all the way up to 18,” said Pastor. “The player fee gets you a package to our indoor facility basically from November all the way through March when the high school season starts. You’re talking five, six months of every night training if you want it and that all comes with your player fees, including that with your uniforms and helmet bags and all that good stuff.

“Some parents are getting shunned a little bit by other parents who don’t have kids in travel ball programs because they view it as too big of a financial commitment or unnecessary stress to put on kids, but I don’t view that way.

“We always try to make any of our tournaments into mini family vacations. We went out to Petoskey once for a tournament and used that experience as a family bonding trip and it was really awesome to create memories like that with my daughters.

“It’s money well spent in the grand scheme of things to see your kids play at a high level and enjoy the game and potentially create opportunities to play at the college level. Every single kid off my 18U team is now committed to playing at a college ball team.”

Ready or not, the popularity of travel-level programs is continuing to ramp up and the canyon-sized disparity between those who embrace the added training and those who don’t will likely continue to grow as well.

“I’ve been the varsity assistant coach here in Muskegon Oakridge for 10 years and when I first started, we had maybe one or two travel ball players on our roster,” said Pastor. “Now, we’ve got 26 kids just at Oakridge who are in the Sabercat program from 9U up to 18U.

“I remember 10 years ago, a lot of high school coaches kind of looked down on kids that played travel ball, because a lot of those coaches back then were so set in their ways. They viewed it as their program was the only way to do it. Now, you’ve got a lot of coaches really pushing for travel league players and encouraging that kind of commitment because it’s really the only way to compete for state championships in today’s day and age.”

Images from Thursday’s doubleheader between Jackson Northwest and Parma Western

Ready for a trip? Your vacation questions answered by The Travel Mom

Sun May 2 , 2021
NEW YORK (WABC) — Summer travel is making a comeback. While plane bookings are skyrocketing, there are looming questions about the need for travel insurance and if now is the right time to plan a trip. Emily Kaufman, also known as “The Travel Mom,” joined Eyewitness News on Sunday morning […] 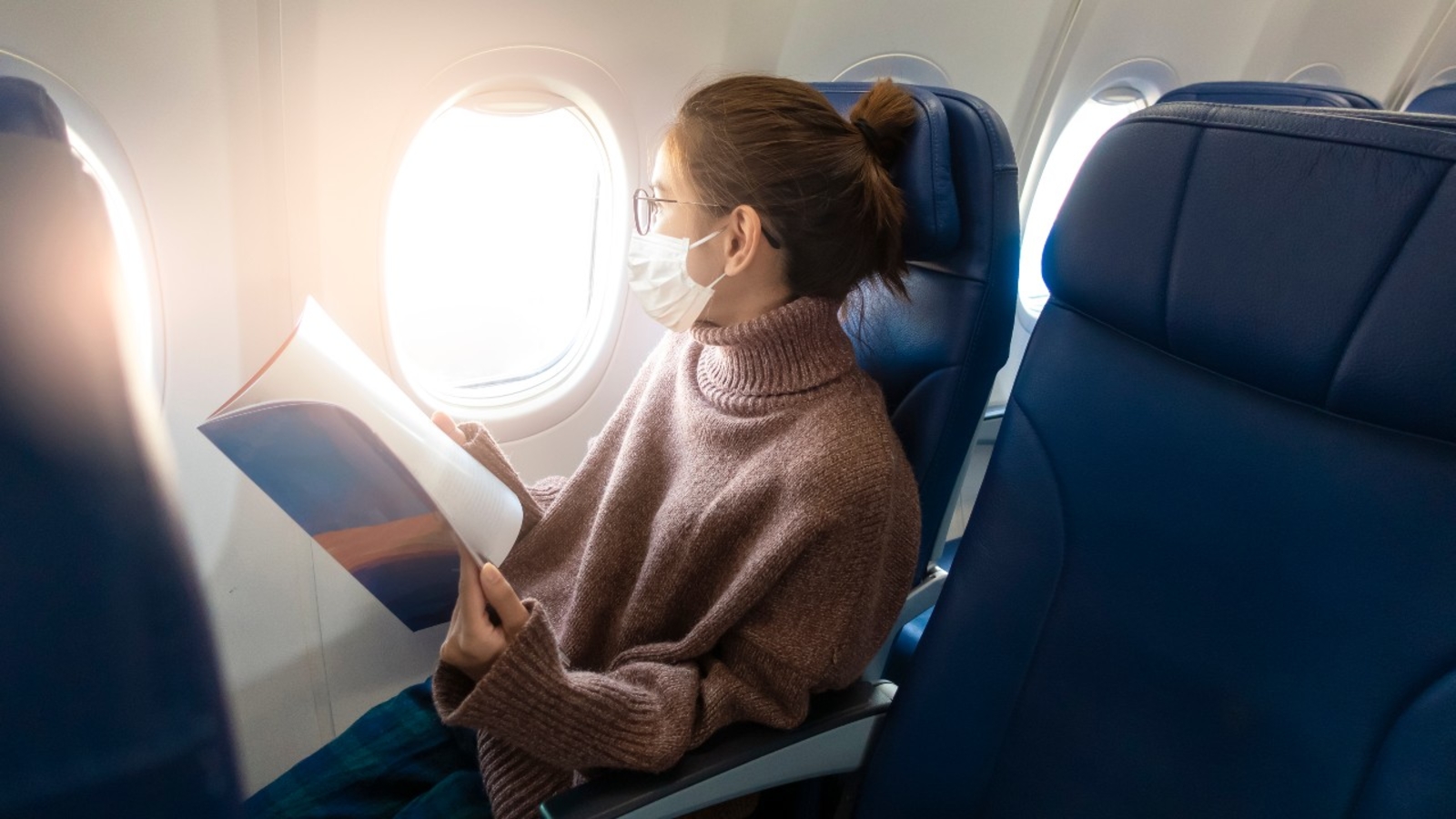