I have finally found my dream job in Canada, but my journey was far from normal.

Immigrating to a new country is a big step in one’s life. But if done rightly, it can lead to a lifetime of happiness, a better life and a chance to live your dreams. After working for more than seven years in India, I decided to immigrate to Canada to explore Western culture. Although I was a bit anxious to find a job in my field in a completely new world, I was still pretty confident that I would be able to get a good job in Canada sooner or later.

I am a chartered accountant with experience working in the advisory division of two of the Big Four firms in India. I knew I was coming to Canada with a strong profile. I even turned down a huge job offer in India after I received my Confirmation of Permanent Residence (COPR).

I planned to arrive in Canada in March 2020. Everything was supposed to be like a dream coming true, but I never could have imagined what destiny had in store for me.

The dream turned into a nightmare

I left my job and booked my flight for March 18, 2020. However, our world turned upside down when the World Health Organization declared COVID-19 a pandemic on March 11. Soon after that, the Canadian government closed the border— on the same day I was supposed to fly out of India. The government said Canadian citizens and permanent residents were allowed to travel, but there was no clarification for people in my position. I was technically not a permanent resident yet, as I only had my COPR.

March 2020 was a chaotic period. Travel was considered to be highly risky and with no clarification from the Canadian government on COPR holders, I decided to postpone my flight as I would have landed on the first day of the border closure. Like everyone else, I was hoping that this would be a short-term problem and I would be travelling soon.

About a week later, the Canadian government announced exemptions for COPR holders like me, but by then India had introduced severe lockdown measures. International flights were cancelled. I could not even leave my apartment except to get groceries at the nearest store.

In June, the lockdown was still in place and international flights were extremely limited. I became one of the thousands of approved permanent residents around the world who were not able to travel to Canada before their COPR visa expired. At first, I had faith that Immigration, Refugees and Citizenship Canada (IRCC) would support all of us without any hassles. Sadly, that was far from reality.

IRCC took many months to provide the extension, never gave any concrete timeline and only gave confusing or no responses. With no job in hand and no certainty on when I would get the COPR extension, life turned into a living nightmare. Days turned into weeks and weeks turned into months but nothing happened. It was a hopeless and extremely painful situation, in which I could do absolutely nothing.

Those eight months severely impacted me emotionally, physically, and financially. I lost a Canadian job opportunity in April, lost money on three flight tickets worth more than $2,800, I was unable to apply for any Canadian job as I was still not a permanent resident and had no Social Insurance Number or bank account, nor was I able to go back to my old job or apply to a new one in India as there was no timeline from IRCC. Life had come to a standstill. It almost broke me and my dreams.

Fortunately, or unfortunately, I was not the only one as there were more than 15,000 future permanent residents waiting with the same fate, and sadly many are still waiting in complete limbo.

The first months in Canada

I got the extension on my expired COPR in November. Without wasting any time, I ran to the airport, but I had trouble on my connecting flight in New Delhi. Air India denied me from boarding only because I did not have a colour copy of my extension letter, even after I passed my immigration checks. After a few more stressful days, I was finally on my way to Canada.

My first months in Toronto were difficult but equally exciting. I landed in November. Immediately, I had to go into quarantine and also started my job search.

I got my first interview in early January. It went really well and I was confident I would get an offer as the role closely matched my profile, but it ended up being the first of many rejections. The company’s feedback was that I would have been “a great fit,” “a great addition to the team,” but they had put the position on hold. After being jobless for almost a year and living only on my savings in an expensive city like Toronto, this was heartbreaking, and so were the other rejections that came in February. I wanted to give up, but I knew as long as I am breathing I won’t give up no matter what.

But finally, a year after my life originally went on hold, I applied for an advisory job with Mazars, a renowned global professional services firm. I did the interview and got my offer letter in the same week. It was a dream role and the chance to be a part of a growing firm operating in more than 90 countries with more than 40,000 professionals. I was on cloud nine landing this job, as I saw my long struggle finally paying off.

Tips to find a job in Canada as a new immigrant

Your experience plays a major role but how you present it in your resume is even more important. Therefore, a Canadian-style resume is the first essential step to get the attention of a hiring manager. Focus on highlighting your best features in your resume, customize it for the job description, and in the Canadian style. Network with people in your desired or chosen field to learn about the Canadian market of your particular field.

Most of the immigrants I connected with during my job search said that they got their first job by directly applying on the company website. This was true for me as well. Out of the interview calls that I had received, most of them were through direct application.

3. Strategically identify the companies, recruiters and people you should be trying to connect with

It is very natural to get demoralized when there is complete silence from all the companies that you may have applied to. Being rejected after getting interviewed is even more heartbreaking, especially when you haven’t had a job for months. Keep putting in the effort and don’t give up. It’s just a matter of time.

5. Time of landing and job search are extremely important

There were almost no job opportunities from November until January. From what I understand, this is due to the Canadian business cycle slowing down around the winter holidays, and the impact of COVID. Things started picking up in February and by March I was getting calls for multiple interviews. Since I accepted my current job, I have said “no” to more new job opportunities than the number of “noes” I had received after the interviews.

6. Finally, keep dreaming and never give up

As a general note, just be strong and always believe in yourself. The decision to immigrate to any new country is a big and bold step. There might be many difficulties along the path but you didn’t come this far just to quit midway when faced with some challenges. Don’t give up or lose hope. Nothing can or should deter you from your dreams. Keep trying until you accomplish your goal. Once you make it, enjoy your success— and dream again.

Are you a newcomer to Canada and want to share your story with CIC News? Contact [email protected]

Hawaii Vaccine Passport Could Be Ready by May

Wed Mar 24 , 2021
Government officials in Hawaii aren’t speaking – not on the record, anyway – but a vaccine passport to visit the state could be ready by May and announced as soon as this week, according to the Honolulu Civil Beat. Unofficially, the publication says there are signs that a passport is […] 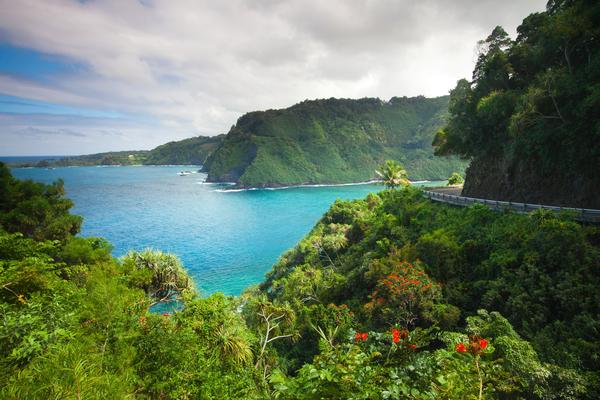