Houma-Thibodaux gained 900 jobs in May and is up 4,000 compared to a year earlier, a new report shows.

The yearly gain, however, results not from any major growth in the local economy but because May 2020 was one of the worst for job losses due to the COVID-19 pandemic. Specifically, it was the first full month of state restrictions on social gatherings and business aimed at curbing the virus’s spread.

As a result, Houma-Thibodaux’s May 2020 unemployment rate skyrocketed to 11.2%.

The metro area, comprised of Terrebonne and Lafourche parishes, posted a 5.6% jobless rate in May, no change from April, according to a report released last week by the Louisiana Workforce Commission.

The number of people working in the two parishes combined is still down by just under 1,000 compared to before the pandemic, state figures show. In May, 83,616 people held jobs locally compared with 84,614 in February 2020.

But the number of people unemployed and looking for work in May across the two parishes, 4,952, is about half of what it was a year ago.

A forecast released in May by the University of Louisiana-Lafayette’s business school says it will likely take well into next year for the state to recover the jobs lost during the pandemic. Houma-Thibodaux and Lafayette could take longer because of weak activity in the Gulf of Mexico oilfield, which fuels both economies. And both areas were just beginning to recover from a six-year oil bust when the pandemic hit.

Loren Scott, a well-known Louisiana economist, offered a similar prediction in his annual forecast last fall. After years of losses, Houma-Thibodaux will gain 3,200 jobs over the next two years, Scott said. But that will still leave the local economy 1,300 jobs below where it was before the COVID-19 pandemic. And most of the gains are jobs coming back online as the pandemic ebbs, not newly created business activity.

Here are other local trends from the latest Workforce Commission report. The figures are not adjusted for seasonal variations.

► Local jobs directly involved in oil and gas exploration and production, 5,000 in May, are up by 100 for the month and year. The gain ends 25 straight months of year-to-year losses in the category.

► A category labeled “administrative and support services,” which includes mostly oil-related jobs, totaled 3,000 in May, no change for the month and up 200 compared to a year earlier.

► Jobs in leisure and hospitality, a category that includes restaurants, bars and hotels, totaled 7,800 in May, no change for the month. The category has regained 1,500 jobs, up 24%, since May 2020.

Germany set to ease for travel restrictions for UK, India, others | News | DW

Tue Jul 6 , 2021
Travelers from the UK to Germany will face softer quarantine restrictions, after altered recommendations from the German public health agency the Robert Koch Institute published on Monday. Portugal, Russia, India and Nepal have also been downgraded. The change will means simpler requirements for people visiting those countries. People who have […] 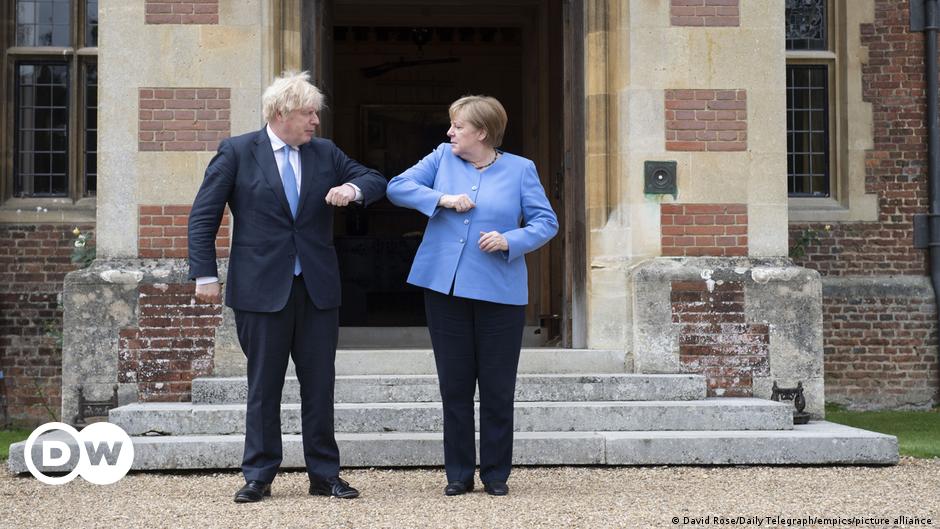