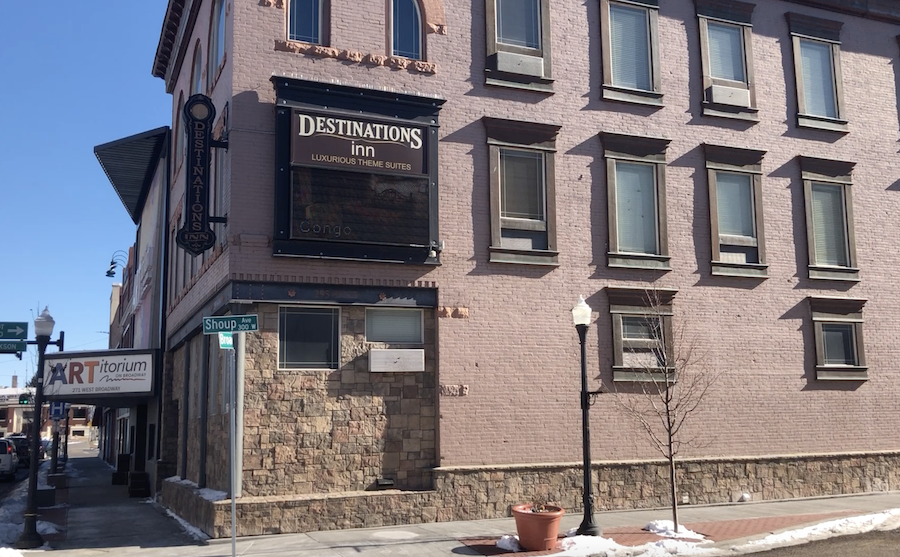 Take a tour inside the Destinations Inn in the video player above. | Rett Nelson, EastIdahoNews.com

IDAHO FALLS – Eastern Idaho saw more hotel reservations in 2020 than in 2019 — a stark contrast to the hotel industry nationwide during the pandemic.

“The hotel industry experienced the most devastating year on record in 2020, resulting in historically low occupancy, massive job loss, and hotel closures across the country,” according to a report from the American Hotel & Lodging Association. “More than 670,000 direct hotel industry operations jobs and nearly 4 million jobs in the broader hospitality industry were lost due to the pandemic.”

The massive blow to the industry will make it one of the last to recover, the AHLA says. Travel is not expected to return to 2019 levels until 2024, and hotel employment is only expected to grow by 200,000 jobs in 2021, resulting in a net loss of nearly 500,000 hotel employees from pre-pandemic levels.

Data provided by the Idaho Department of Labor shows a 48% decline in jobs throughout the state between March and April 2020. A total of 5,135 people lost jobs during this time. Jobs have steadily increased since then, but the industry is still 12% below what it was in 2019, as of September.

The situation at local hotels

When it comes to the number of hotel reservations, the trend is strikingly different in eastern Idaho. Jeff Glissendorf, a member of the Idaho Travel Council and general manager of TownPlace Suites in Pocatello, tells EastIdahoNews.com more rooms were booked in 2020 than in the previous year.

“June, July, August and September — we beat the number of rooms from the year before by about 5%,” Glissendorf says. “Southeast Idaho and the whole Yellowstone corridor did very well.”

That’s mainly due to the increase in tourism at Yellowstone National Park and other popular destinations in the area during the lockdown. People from across the U.S. traveled to Idaho to experience the great outdoors, says Glissendorf. The increase in bookings caused some hotels to offer rooms at lower rates.

Even with the increased numbers of reservations, the lower rates for rooms resulted in a decrease in profits from the previous year. Statewide, Idaho Commerce reports the average price per night was down 8.8%, resulting in a 27.3% decline in revenue.

The number of reservations during the last quarter of 2020 was nearly identical to what they were in 2019, something Glissendorf says is impressive when you consider that there weren’t any games at Idaho State University or other public events to draw people here.

Bookings at themed hotels have been particularly strong.

Destinations Inn in Idaho Falls and Black Swan Inn in Pocatello each offer 14 different themed rooms for guests. Destinations Inn bills itself as a place to “travel the world without leaving Idaho Falls,” while Black Swan offers romantic-themed suites “outfitted with museum-quality murals and sculptures that take you into a different universe.” Larry Fisher, the owner, says there was a significant increase in reservations last year, and the majority of people staying there were locals.

“Destinations Inn (had) a 13% increase in occupancy from 2019 to 2020,” Fisher says. “With COVID, just to have an increase was amazing to me just because of how the other hotels nationwide have really been hit.” 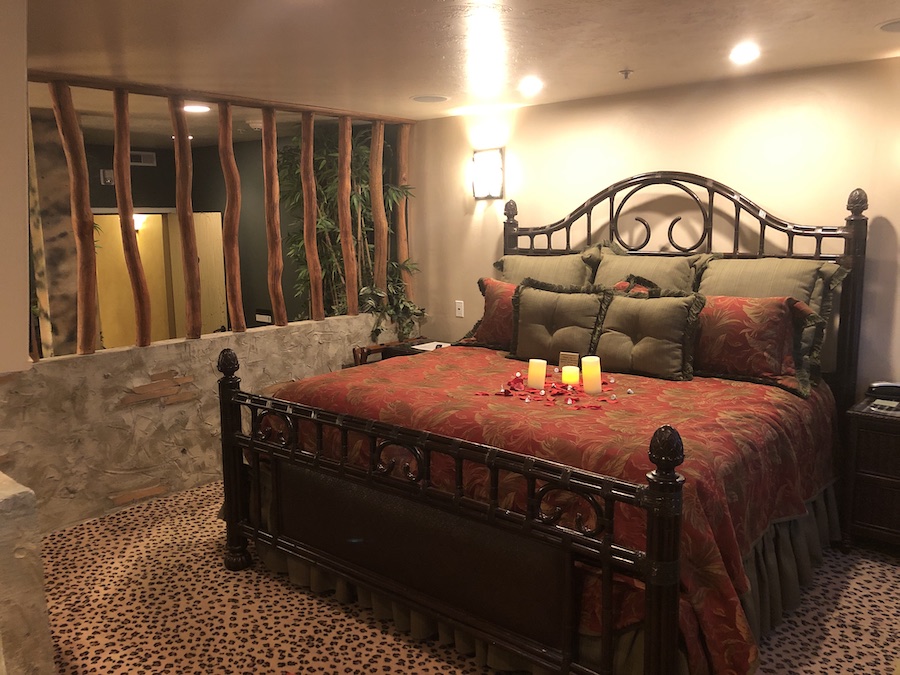 The focus of these hotels is to provide a place where couples can get away to celebrate birthdays, honeymoons, anniversaries and other occasions, Fisher says, and the increased interest in getting out of the house is responsible for the increase in business.

AmericInn’s themed rooms in Rexburg were also popular in 2020. Seven of the hotel’s 66 rooms are themed. Chivalrous Knights, a castle-themed room with two mahogany king and queen thrones and a knight in the corner, is the most popular, according to General Manager Trish Siepert.

Siepert says she saw an increase in reservations generally, not just for themed rooms. A larger number of families were staying there due to schools being shut down nationwide. The closure of the Brigham Young University-Idaho campus brought an increased number of parents coming to pick up their kids, she says, and most guests came from Utah.

“Month to month, I’ve seen an increase … from previous years,” Siepert says. “It was a $200,000 to $300,000 decrease from the previous year (for the first few months of the pandemic). We started seeing more people coming out in July. Around October, we started seeing more construction (workers) coming in (due to business growth in town) to fill in those gaps — still not enough to make up what we lost. Our winter was pretty good.”

Since the start of 2021, Siepert says staff has reopened the swimming pool and dining area, and guests are enjoying traveling to Rexburg for the sense of normalcy.

“We get it all the time. I would say almost daily, somebody is saying, ‘It’s so nice to come where things are open, and we can enjoy breakfast with our family and go to the pool if we want,’” she says.

Overall, Glissendorf says the biggest dip in hotel reservations throughout eastern Idaho has been in 2021. January and February saw a 15% decline in sales, he says. The unusually cold spell, combined with the ongoing pandemic, made the last two weeks in February particularly bad, he says. Still, he predicts it’s all going to turn around in the next several months.

“We’re already seeing events for April, May and June that are going to quadruple what the past has been,” he says. “I’m already selling out days in June because of events. People are ready to (travel) again, and I think this summer you’re going to see a big bounce back.”