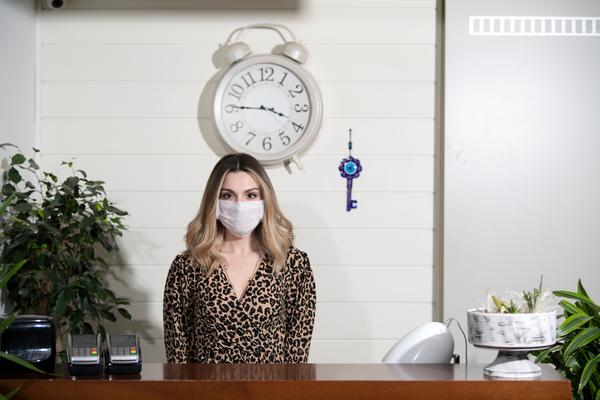 In a rare display of unity, the American Hotel & Lodging Association (AH&LA), representing the hotel industry, and Unite Here, the union representing hospitality workers in North America, joined forces to call on Congress to pass the Save Hotel Jobs Act. Speakers at a press conference said the industry has been devastated more than any other and will not recover for several years. Even as travel picks up, hotels are having difficulty bringing back workers because of insecure conditions.

—Support Hotel Workers: Direct payroll grants will be utilized for payroll and benefits expenses for workers. The legislation would also require grantees to give laid-off workers recall rights to ensure those who lost their hotel jobs due to the pandemic are able to get back to work.

—Allow Worker-Friendly Tax Credits: Provides a Personal Protective Equipment Tax Credit to promote worker safety measures, which would allow for a payroll tax credit for 50 percent of costs associated with the purchase of personal protective equipment, technology designed to reduce the impact of the pandemic, increased testing for employees and enhanced cleaning protocols that do not negatively impact the level of work for housekeeping staff.

Leisure and hospitality, according to AH&LA, has lost 3.1 million jobs during the pandemic that have yet to return, representing more than a third of all unemployed people in the U.S. What’s more, the unemployment rate in the accommodations sector remains 330 percent higher than the rest of the economy. According to recent reports, New York City has seen one-third of its hotel rooms—more than 42,000—wiped out by the COVID-19 pandemic, with nearly 200 hotels closing permanently in the city.

Chip Rogers, CEO of AH&LA, said that this legislation represents the most important issue facing the industry right now as the industry continues to struggle. “We were hit first and we were hit worst,” he said, noting the industry “hangs on by a thread.” Saying that an uptick in leisure travel is wonderful news, he added, “the industry cannot survive with leisure travel alone; we must have business travel as well.” Roger said the hospitality and commerce jobs recovery act, a different bill, is aimed more at getting people to travel again, rather than at workers.

One reason many employees are not returning to their hotel jobs, said Rogers, is that they have been unemployed for 14 months and have sought work elsewhere. He said hotels cannot remain in business if they don’t have workers. And D. Taylor, president of Unite Here, said there has been “natural drift” from hotel work as people try to survive. He called the legislation a “smart insurance” policy for the industry and workers.

Taylor said that the return of leisure travel is great but particularly in urban areas that rely so much on business and conventions, the industry is not coming back any time soon and millions of jobs are in jeopardy, including a large percentage of women and members of minority groups. He said that in every urban area, tourism is first, second, third or fourth in generating jobs. “This is not a handout,” said Taylor; “it’s a bridge so folks get paid, have jobs and can pray for when business travel returns.” He said 100 percent of the funds will go to payrolls.

Charlie Crist, a congressperson from Florida and co-sponsor of the bill, said the fact the union and industry are working together shows that this is not a partisan issue. He said travel is indispensable to America and particularly to Florida. Tourism is also a positive for the environment, Crist said, because it encourages protection of beautiful spaces. Crist said he looks forward to President Biden’s speech tonight in hopes it will spur legislation such as his. He said the time frame for passing this legislation is not certain because “Congress moves at a certain pace.”