A view of a courtyard of the short-stay facility [email protected], a complex of hotel rooms and meeting halls near the airport which will welcome business “bubble” travellers from March, as part of the city-state’s effort to resume international meetings and conferences amid the coronavirus disease (COVID-19) outbreak, in Singapore February 22, 2021. REUTERS/Edgar Su

A long delayed travel bubble between Hong Kong and Singapore will begin on May 26, the two cities said on Monday, as they moved to re-establish overseas travel links and lift the hurdle of quarantine for visiting foreigners.

The bubble between two of Asia’s biggest financial hubs had been slated to begin last November but was suspended after a spike in coronavirus cases in Hong Kong.

The scheme will start with one flight a day into each city, with up to 200 travellers on each flight, Hong Kong’s Commerce Secretary Edward Yau and Singapore’s Transport Minister Ong Ye Ku said at simultaneous press events.

Those wanting to travel from either city must test negative for COVID-19 before departure and on arrival. Hong Kong residents can also only fly to Singapore at least 14 days after they have had two doses of COVID-19 vaccine.

Travellers on the route – which attracted 15-20 flights a day each way before coronavirus – won’t have to quarantine and there will be no restrictions on the purpose of travel.

However, if the seven-day moving average of the daily number of unlinked local COVID-19 cases is more than five for either Singapore or Hong Kong the scheme will be suspended, Yau and Ong said.

“The re-launch … signifies that gradual resumption of cross-border travel is achievable through mutual collaborations among different places,” said Yau.

For Hong Kong, which has banned non-residents since March 2020, the deal with Singapore is its first bilateral resumption of travel ties with another city.

Eligible Hong Kong residents in the mainland and Macau will be exempt from quarantine in the Asian financial city from as early as this week, Secretary for the Civil Service Patrick Nip said on Monday.

Singapore already has some pacts on essential business and official travel, and has opened unilaterally to general visitors from countries including Brunei Darussalam, China and New Zealand. Singapore has also been discussing an air travel bubble with Australia.

Both Hong Kong and Singapore said they are in talks with places including New Zealand and Australia for similar travel bubbles. The Asian cities have brought the local virus situation largely under control compared with other developed cities.

New cases, however, have inched up in the past week, with Hong Kong reporting local transmission of a COVID-19 variant with the N501Y mutated strain and Singapore investigating possible COVID-19 reinfection cases at a migrant worker dormitory. The dormitories were at the centre of Singapore’s outbreak last year with thousands of cases.

Singapore work permit holders employed in construction, marine shipyard or process sectors, many of whom live in dormitories, are excluded from the bubble.

Cathay Pacific (0293.HK) and Singapore Airlines (SIAL.SI) would be the carriers for the initial flights, authorities said.

“To get this bubble up successfully, I think we’ll have a significant signalling effect to the rest of the world,” said Singapore’s Ong.

Hong Kong, Singapore to launch air travel bubble from May 26

Mon Apr 26 , 2021
Hong Kong and Singapore said Monday they would launch an air travel bubble in May, months after an initial arrangement that would allow tourists to fly between both cities without having to serve quarantine was postponed. Flights will begin from May 26. Visitors will not have to go through the […] 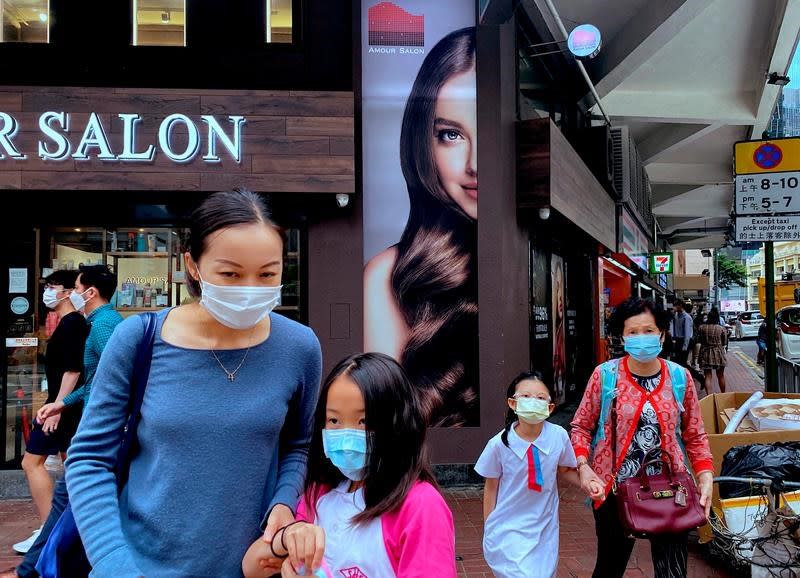