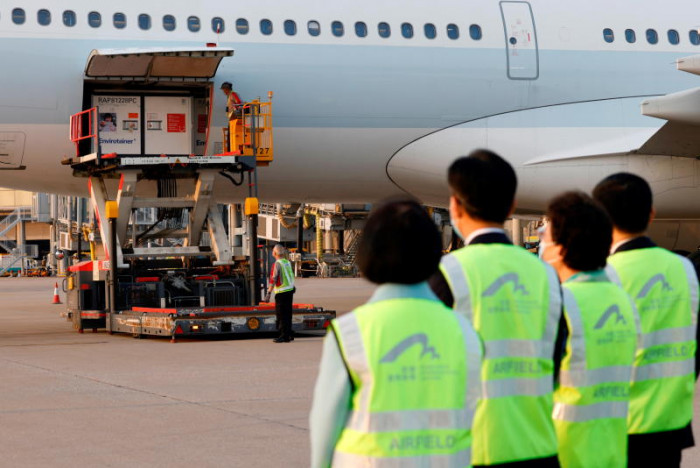 HONG KONG: Hong Kong and Singapore are in discussion again over the postponed travel bubble, with both cities mulling extra safeguards amid the coronavirus pandemic.

A government source said authorities on both sides were in talks over the arrangement, but it was still too early to say when it would begin, the South China Morning Post has learned.

The quarantine-free travel arrangement, touted at the time as the world’s first, was initially set for last Nov 22 but put on hold indefinitely on its eve following a fresh Covid-19 outbreak in Hong Kong.

“The old [conditions] still apply. But of course, both sides are discussing additional safeguards too,” the insider said without offering more details.

“Overseas economies that are relatively stable with the pandemic and have close economic and trade relations with Hong Kong have proposed to explore the establishment of “tourism bubble,” a commission spokesman said.

David Hui Shu-cheong, a Hong Kong government adviser on the pandemic, said the city would still have to observe the pandemic for a longer period first to see if the conditions were good enough for the arrangement.

“We have to wait and see the development next week. If a V-shape rebound of cases does not occur next week, then it may be relatively more favourable,” Hui said.

Hong Kong has seen its daily Covid-19 caseloads ease, with confirmed cases numbering under 20 for eight days in a row. The city will launch its mass vaccination drive next week.

This week, the Hong Kong government relaxed tough social-distancing rules, including opening up entertainment venues and lifting the ban on evening dine-in services.

Hong Kong’s rolling seven-day average of unlinked cases stood at 4.86, having finally dipped below the threshold of five established for both sides to keep the bubble going. Before the arrangement was postponed, it was agreed a suspension of two weeks would kick in if the mark was exceeded on either side.

The number of travellers allowed per day to move within the travel bubble was capped at 200.

Before the postponement, as cases in Hong Kong started to rise, Singaporean authorities unveiled tighter measures for the scheme, requiring visitors to be tested on arrival.

They would then need to self-isolate at their place of residence or a hotel, going there only via private transport, and wait six to eight hours for test results.

Hui said the number of daily cases had dropped to single digits before officials revealed plans on the bubble in November, but recent numbers still hovered around the low double digits.

“The city has to stay alert because there were many social activities during the Lunar New Year holiday,” he said. “If someone got infected, their incubation period can last one or two weeks.”

He suggested travellers would need a negative Covid-19 test result before departing, and should be tested again on arrival, with the addition of a further test if they stayed longer than a week.

Singapore requires visitors to install its TraceTogether app for contact tracing, so there should be a reciprocal arrangement, he added.

“I don’t feel the efforts mean the progress will speed up because they have a standard for the number of cases,” he said.

But he thought it could proceed soon because there was a framework already in place if Hong Kong could control the virus over the next two weeks.

In terms of tourism, Yiu did not believe there would be a significant impact on the sector.

“The help may be limited,” he said. “But the meaning is symbolic. When the first step is made, other countries will look at it.”

However, some travellers remain cautious about the arrangements.

Alvin Liu, a 41-year-old Singaporean who has family in Hong Kong, returned home to visit his mother after she had a stroke.

After she recovered, he decided to come back to Hong Kong on November 30 via Singapore Airlines, and went through a two-week quarantine, rather than wait to see if the travel bubble was reopened.

“I wanted to come back to Hong Kong to see my family,” he said. “The situation is fluid, things may change once again. I will only go back [to Singapore] if it’s an emergency or when things are more normalised.”

Cathay Pacific and Singapore Airlines remained cautious until the outcome of any revised discussions between the two governments, sources at both airlines said. The sources expected customer demand to be buoyant, even if there were additional Covid-19 test requirements or a vaccination policy enforced later down the line.

In 2019, Hong Kong had more than 450,000 arrivals from Singapore, according to the city’s tourism board. Its counterpart in the city state said it had 489,000 visitors from Hong Kong the same year.