Hong Kong is “no longer in travel talks” with other places because of differences in approach to containing Covid-19, the city’s health minister has revealed.

Sophia Chan Siu-chee on Saturday said the government was still aiming to strike a balance between residents’ expectation of “zero infections”, while avoiding becoming “completely cut off” from the outside world.

The long-awaited travel bubble with Singapore was ditched for good on Thursday, after the city state moved towards a policy of “living with the virus”, in contrast to Hong Kong’s stricter approach.

“From my knowledge, Hong Kong is no longer in [travel bubble] talks with other countries, although the Commerce and Economic Development Bureau might have more details on the matter,” Chan told a radio programme.

The bureau later said in a reply to the Post that the government would continue to communicate with places overseas that had close economic and trade relations with Hong Kong to facilitate cross-border travel based on the pandemic situation.

Chan said being able to discuss travel bubbles with other places required a similar containment of the coronavirus pandemic in both places, as well as similar infection control strategies.

But Chan said although reopening the borders was important, it would not be ideal if any imported variant cases went into the community because of relaxed rules.

“Zero infections is still our target and we have basically achieved that for now,” she said. “We believe that many Hongkongers also have such an expectation towards the government.

“A balance needs to be struck, although Hong Kong as an international city should not be completely cut off from the outside world.”

On Thursday, the European Chamber of Commerce in Hong Kong urged authorities to relax strict quarantine requirements for fully vaccinated travellers, warning a recent tightening of the rules could threaten the city’s status as an international business hub.

Earlier this week, the government elevated 15 countries to its “high-risk” category, meaning significantly tougher entry requirements and the lengthening of quarantine periods to 21 days for anyone arriving from those destinations.

Australia has been moved from low to medium risk, with fully vaccinated travellers now facing two weeks of isolation.

The chamber said many countries where the virus had recently surged had seen far fewer critical cases and deaths than last year, because of their accelerated vaccination programmes, adding their airports remained open and vaccinated travellers were not required to quarantine.

The health minister was also asked about the quarantine exemption granted to Hollywood star Nicole Kidman and some of her crew ahead of the filming of Expats, a television drama for Amazon.

Chan reiterated previous government defence of the controversial decision, pointing out that the actress had arrived from Australia on August 12, when it was still deemed low risk.

She added that people flying in from “medium or high- risk” countries were less likely to be granted exemptions because of the higher accompanying risks.

The Airport Authority on Friday said targeted groups of workers who were not inoculated would not be able to call upon negative coronavirus tests or medical exemptions from September 1, while requiring all staff to get at least one vaccine dose.

Airport chiefs said employees falling under the new rules included those handling high-risk cargo or having “unavoidable close range contact” with arrival and transfer passengers or airline crew. The measures also apply to airline and ground handling staff, as well as those involved in in-flight catering, cargo loading, and cleaning.

Chan, who described the plan as “reasonable”, said if certain airport staff members could not get vaccinated because of health reasons, they could be transferred to lower-risk positions outside the restricted area.

Earlier in the week, an unvaccinated 47-year-old worker at an airline lounge was found to be infected with a coronavirus variant. Officials said she was likely to have caught Covid-19 from transit passengers, prompting calls for authorities to consider further tightening control measures at the airport.

Separately, a group of eight people sent back into quarantine after a suspected Covid-19 transmission within their hotel wrote an open letter slamming authorities for what they said was a lack of communication. The group also sought help from the United States and Finnish consulates.

Most of the group members had spent 14 days – one of them 17 – in the community after completing quarantine. They had stayed on the same floor as an infected case at Dorsett Wanchai Hotel. That transmission was deemed to have occurred across rooms.

Despite being classified as close contacts of the case, which involved the Delta variant, none in the group had tested positive. According to their complaint letter, there was also no contact-tracing done in their case even though they had already entered the community.

The group will be released from the facility at Penny’s Bay by end of August 25.

Tue Aug 24 , 2021
(CNN) — A roller coaster in Japan capable of hitting speeds of up to 112 miles per hour is being shut down indefinitely pending an investigation into whether injuries sustained by passengers were linked to the ride. A press statement released by the park on August 20 states that the […] 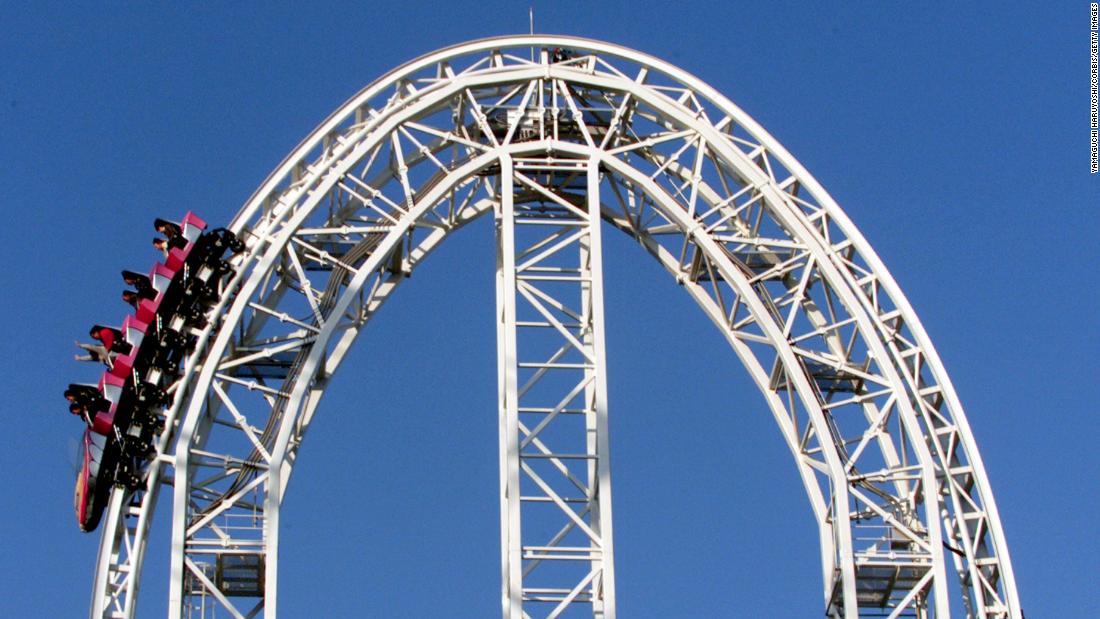