The Pittsford Wildcats came into Friday night with the hope to compete against an opponent that seems to be unstoppable so far this season. The only loss going into the night for Pittsford was against the Hillsdale Academy Colts’ Varsity Boys basketball team. The First contest happened at the beginning of the season, where a 53-31 Hillsdale win would lead to a bounce back season for the Pittsford Wildcats. Winners of 6 straight games, Pittsford looked to improve on that first loss to the Colts, and gain a shot at the SCL title.

Hillsdale, on the other hand, was hoping to continue that first game success and the success they have been having all season. Coming into the contest 8-0, the only game they played where they faced defeat at the end of the night was against Camden-Frontier in an overtime victory. Hillsdale would not forget the lessons learned over the season.

The Colts would gallop their way to a 61-13 victory Friday night. The Pittsford Wildcats were not able to contain the Hillsdale attack all night, and the defensive pressure generated minimal scoring opportunities for the Wildcats.

First quarter action started off with a close contest. The beginning minutes of the game saw Pittsford squeeze the Colts out of the paint and forced them to make some hard shots. However, the defensive opportunities did not turn into scoring opportunities for the Wildcats. A three-point shot from Abe Pewe gave the Colts a running start. 16 points later, the colts found themselves up by ten. A lone three pointer from Blade Gore got the score to 6 points for the Pittsford Wildcats. Unfortunately, it would be as close as they would get to Hillsdale Academy’s lead Friday night.

Throughout the second quarter, Pittsford was unable to keep a roaring offensive effort from Hillsdale out of the paint. Abe Pew would add another three-point shot to the Colts 17 point quarter. The five points in the second quarter for the Wildcats would come from Senior Carden Harrington with a three, and Sophmore Pat Vandusen with a two point shot. It was not an ideal start for the Wildcats, who at halftime now faced a 33-11 deficit going into the second half. The Pittsford boys would need turnovers and shots from the arc to provide a chance to inch their way back into contention. The Hillsdale Academy boys would look to continue what they had already been doing; passing the ball with efficiency and getting open looks from the field that would open up the inside.

That was precicely what happened in the third quarter for the Hillsdale Academy Colts. They would take their lead to 47-13 before the fourth. Missed opportunities and an ability to get the ball into the paint factored into the Wildcats only getting two points in the third quarter. The balanced Colts attack is something they have had all season, and it continued to be a factor even as they rotated their bench into the game throughout the contest. The Pittsford Wildcats would look to try and make an attempt to get the game closer to end the fourth quarter. An insurmountable lead would factor into a steady breakdown of the offensive and defense abilities from a fatigued Wildcats team.

The fourth quarter featured a tremendous defensive effort from the Colts. The Hillsdale Academy boys would shutout the Wildcats in the final minutes Friday night. A complete defensive lockdown completely decimated any momentum the Wildcats tried to muster in the closing minutes of the game. Key bench rotations and personnel groupings kept the Colts active in scoring in the fourth quarter. They were able to achieve a total of 14 more points before the final tally. When the buzzer echoed, the final score was 61-13.

For Pittsford, nothing seemed to be going their way during the game. They were able to break some nice possession changes and get the Colts on the run, but missed opportunities at the rim and turnovers killed all momentum they had. Pittsford and their defense were unable to keep up, as they would have to switch quickly, and at many times, were forced to travel the length of the floor to catch up to a Colts player who had broken away before the possession change.

“We really struggled to find any rhythm during the game and turned the ball over.  You have to give credit to Hillsdale Academy.  Their 1-3-1 defense was really difficult to play against.”

Pittsford finished the night with 13 points coming from Carden Harrington who had five points. Pat Vandusen had four points. Blade Gore had three points. Blake Clement had one point.

“Our kids played hard” said Coach Burger. “We Will get back to practice and use this is as a learning experience, and try to get better.”

For the Hillsdale Academy Colts, they were firing on all cylinders for most of the night. Offensively this is their fourth straight game scoring 50 or more points. It is also their fourth straight game winning by double digits. The Colts’ Head Coach Zach Miller has been emphasizing efficiency on both ends of the floor in recent games, and Friday night the Colts were able to do just that.

“Offensively we have been preaching  a lot of patience and not getting good shots but great shots.” said Coach Miller. “We played to our strengths, and getting the ball in transition.”

The Hillsdale Academy Colts have five games left this season. They stand at 9-0, and that undefeated record will be challenged next by Bellevue High School. Bellevue has a 5-2 record on the year, and is coming off a win against Colon in which they won 59-29.

Pittsford drops to a 6-2 record this year. Pittsford currently has four games left on it’s schedule. The Wildcats look to bounce back against a very good Burr Oak team Wednesday March, 10th. 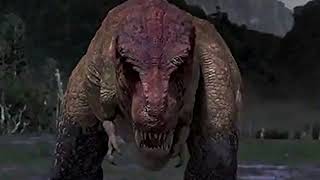