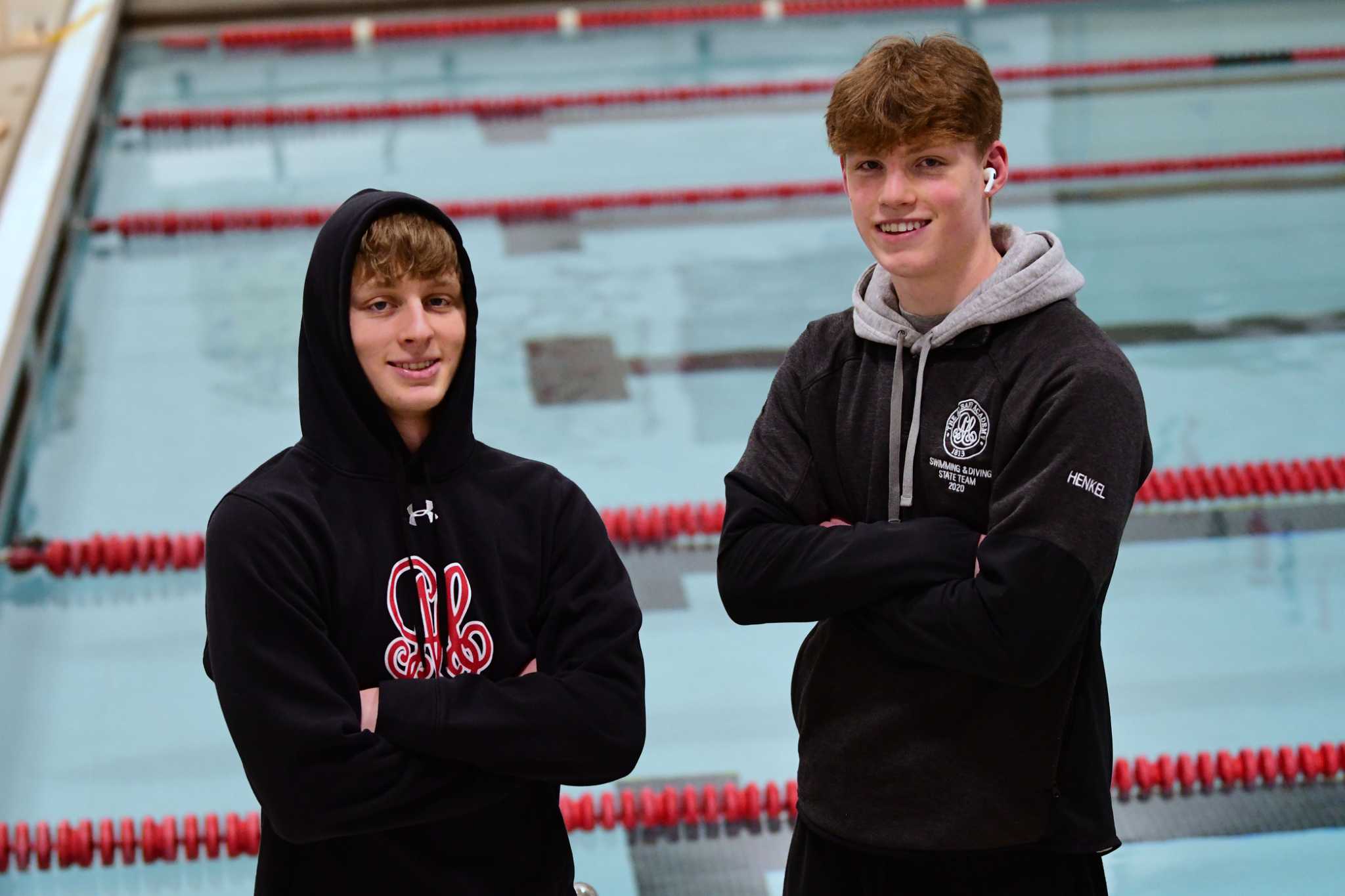 Instead of focusing on how the 2020-21 boys’ swimming season has been altered by the coronavirus pandemic and the things taken away in a shortened campaign without sectionals or a state championship meet, Bryce Henkel and Brayden Henkel are solely immersed in what they can do for Albany Academy.

Saturday, the Cadets will compete in their final dual meet of the season against Canajoharie. Each school will swim in its own pool without fans and combine results as part of coronavirus protocols. The Henkel brothers are two of the top swimmers in Section II and easily could have focused on their individual events, but they will not. Bryce Henkel, a senior ranked in the top seven in five individual events in the state, and Brayden Henkel, a winner of four sectional titles as a freshman, instead will pour their efforts Saturday into a trio of relay events.

The meet opens with the 200 medley relay, an event in which Albany Academy finished second in the 2020 Division II state championships. The goal for the Cadets is to break the state record in the event. Albany Academy coach Scott Young is not the least bit surprised that the Henkel brothers selected team goals over individual glory.

“There are a lot of guys that would want the accolades of performing at their peak in their individual events,” Young said. “Last year at states, we talked as a team about what it would take to win the states this year. We knew we had the ability to place three relays pretty highly in the state. With three relays and each of those guys winning or placing high in their individual events, that could potentially give us the points to win the state meet.

“It was at that point that they bought into the idea that our goals were to win states as a team, not necessarily perform as individuals. That held true. I have been coaching 24 years at Academy. The whole team attitude they have, and it is not just them, is all about the team. I can give umpteen examples of them over the years giving up on individual goals because we had a relay that was more important to score points.”

“It is really the only way to go in my opinion,” said Bryce Henkel, a six-year varsity standout who is headed to swim next at Boston College. “We have the guys that are very fast. They have been in the water swimming just as much as I have and worked just as hard. I have no reason to focus on myself. This team means a lot more to me than how fast I am going. I am really more about everyone. From the start of the season, it has always been about the three relays being fast.”

“It is definitely a factor that we have to put the team first,” Brayden Henkel said. “We work with them every day. We see how hard they work. It is not a question that this is the right choice for us.”

The Henkel brothers will be joined on the 200 medley relay by seniors Ian Young, the coaches’ son, and Silas Strich. Both swim only during the high school season as they also play other sports. Bryce Henkel, a 2020 state champion in the 100 butterfly, will open the event for the Cadets. He will be followed by Young (backstroke), Brayden Henkel (breaststroke) and Strich (freestyle). The same four swimmers will compete in the 200 freestyle relay and the Henkel brothers also will swim as part of the 400 free relay.

“Honestly, this is more important than any state meet I have gone to,” Bryce Henkel said regarding Saturday’s season finale. “The date Feb. 27 has been on our brains the last two to three months. All year, this is what we have been working toward. Especially being my senior year and my last chance to swim as a high school athlete, this is my most important meet.”

“We are definitely treating (Saturday) like a state meet,” Brayden Henkel said. “We were bummed there were no sectionals or states because we love racing.”

“This year, even with everything we have dealt with, the team has been really resilient,” Young said. “Bryce, in particular, has had a great season. We were just going through the numbers and by the end of the day on Saturday, we will take down 18 of the 24 school and pool records that are on our board just this year. It is kind of a stunning number in any year.”

One school record the Henkel brothers share is in 50 freestyle. Bryce Henkel first established the mark at 21.35 seconds and Brayden Henkel, a four-year varsity performer, matched it.

“This year has been a good breakout season for me,” Brayden Henkel said. “I have dropped a lot of time in the dual meets.”

“It is cool to look up there and not just see my name, but Brayden’s name, all over the place,” Bryce Henkel said. “It feels great in the moment right now, but it is going to feel even better 10, 20 or 30 years down the road when I am back here visiting and look up at the board and see all the records from 2021.”

Bryce Henkel began swimming when he was 4 years old. Three years later, he began to get serious about the sport.

Young marvels at how Bryce Henkel has approached each day with the Cadets, from seventh grade to his final practice Friday.

“Every time I think I have seen him do something special, he does something more special,” Young said. “Last year at the state meet, he was in sixth place at the final wall (of the 100 butterfly final) and looked dead to rights. Then, he followed his race plan which was not to breath the last 25 and beat the kid in second place  by four hundredths of a second. It was all because he didn’t breathe.”

“He has been influential and a great leader to me,” Brayden Henkel said of his older brother. “It has been great being with him these past years.”

The Henkel brothers, like their veteran coach, are feeling good about the Cadets’ pursuit of the state record Saturday. They have altered their season-long preparation in order to be at their best.

“If we were at states right now, we would be sleeping in hotel beds and eating hotel food,” Young said. “They would not be sleeping in their own beds and eating their own food. Their whole schedule would be thrown off. We didn’t have to travel three and a half hours down to Long Island. All these things are a part of the state experience that you really love, but at the same time it is giving us the opportunity to really peak and be rested.”

“It would really be the icing on the cake for my entire high school swimming career,” Bryce Henkel said. “To be part of this team for six years and be able to finish those six years with a swim like that would really mean the world to me. It has always been the goal to be at the top of where I can be. To be able to go out with a state record would be incredible.”

“It would be insane if we could do it. I just want to do it for my guys,” Brayden Henkel said. “There is no one there to push you. It is in our hearts to do this.”