Economists expect the government’s monthly employment report to show a big jump in new jobs added in March when it is released Friday morning. The average among economists polled by Dow Jones is for a gain of 675,000 jobs and a decrease in the unemployment rate from 6.2 percent in February to 6 percent.

“Expect a blistering hot report,” said Dan North, senior economist at Euler Hermes North America. “Demand for labor is sky high. Airlines, bars and restaurants are all opening back up. The weather has turned warm,” and economic impact checks will “provide powerful stimulus” to the economy, he said.

Some economists even predict a seven-figure jump in job gains.

“I think the potential for a surprise to the upside is quite high for the March jobs report,” said Glassdoor Senior Economist Daniel Zhao, citing the acceleration of vaccinations and a rebound from unusually harsh weather in February as two potential tailwinds.

Payroll processor ADP’s report on private-sector employment found that the economy added 517,000 jobs in March, slightly lower than the prediction of 525,000, but economists still characterized that growth as robust. Likewise, an increase in weekly initial jobless claims — rising to 719,000 from a downwardly revised 658,000 — was greater than the 675,000 expected, but failed to shake economists’ consensus that the labor market is on the right track.

ADP found that employment growth was shared roughly equally among small, medium-sized and large businesses, a sign of broad resiliency.

“It actually seems like the economy can reopen because the pandemic is getting under control.”

“Now, it actually seems like the economy can reopen because the pandemic is getting under control,” Zhao said. “We were all surprised to see the economy was much more resilient than what we expected,” he said.

While all but 80,000 of the private-sector jobs tracked by ADP were in the services sector, the hard-hit leisure and travel sector saw the biggest gains, with 169,000 new jobs added.

“A lot of the increase was driven by a nice comeback from the leisure and hospitality sector,” said Frank Fiorille, director of risk management, compliance and data analytics at payroll processing firm Paychex.

Gains in manufacturing and construction of 49,000 and 32,000 jobs, respectively, also reassured economists that the nation’s goods-producing sectors were sharing in the economic rebound, while an index that tracks small-business health also showed a rosier outlook: Although still below its pre-pandemic level, the Paychex | IHS Markit Small Business Employment Watch saw its biggest month-over-month gain since 2013.

“The one thing that to me is a real positive story is the effect that the government programs have had on small businesses,” Fiorille said, adding that his firm’s clients have received more than $60 billion in Paycheck Protection Program money, along with other grant, loan and tax assistance. “There’s a lot of stuff that has been thrown at this and it looks like it’s helping.”

By and large, economists said Friday’s Bureau of Labor Statistics report is likely a precursor for what they expect as spring unfolds. “March data tell us nothing about what will happen to payrolls when the reopening accelerates,” Pantheon Macroeconomics Chief Economist Ian Shepherdson wrote in a client note. “We expect to see a 1M-plus increase in April, and gains of 2M-plus in May and June,” he said.

That would be the opposite of where the economy stood exactly one year ago. By the beginning of April 2020, it was clear that the pandemic would have a crippling effect on the labor market and the economy at large. The economy had already lost 701,000 jobs in March — snapping a record decade-long run of gains — and the unemployment rate had hit 4.4 percent. The subsequent loss of a record-shattering 20.5 million jobs in April drove the unemployment rate to a post-Great Depression high of 14.7 percent.

“It’s important to distinguish the reopening from the recovery. There are still a lot of businesses that have gone under.”

“Last March, we were just starting to see the early impacts of the pandemic,” Zhao said. “In some ways, we’ve gone full circle through the last year.”

With a deficit of nearly 10 million jobs still remaining, even today’s optimism is tempered with an acknowledgement that restoring the damage wrought by Covid-19 is a marathon and not a sprint.

“There have been structural changes to the economy as a result of Covid. That means there are jobs that just will not come back,” Norris said. “Businesses have needed to adapt but… certain industries will not be the same.” For instance, he said, the seismic shift from brick-and-mortar shopping to e-commerce has been a sea change for retail operations.

“It’s important to distinguish the reopening from the recovery,” Zhao said. “There are still a lot of businesses that have gone under,” he pointed out, adding that it will take time for that economic activity to rebound even after households and businesses are no longer operating under the constraints of the pandemic. “It’s going to take longer to actually make full recovery, longer than just reopening,” he said. In my mind, the summer is the reopening.”

Thu Apr 1 , 2021
The coronavirus pandemic has forced major cruise lines to halt operations out of the United States for almost an entire year, and likely through the majority of 2021 under the CDC’s latest Conditional Sailing Order. But some cruise lines appear optimistic that they’ll return to the water by summer. Major cruise operators, including […] 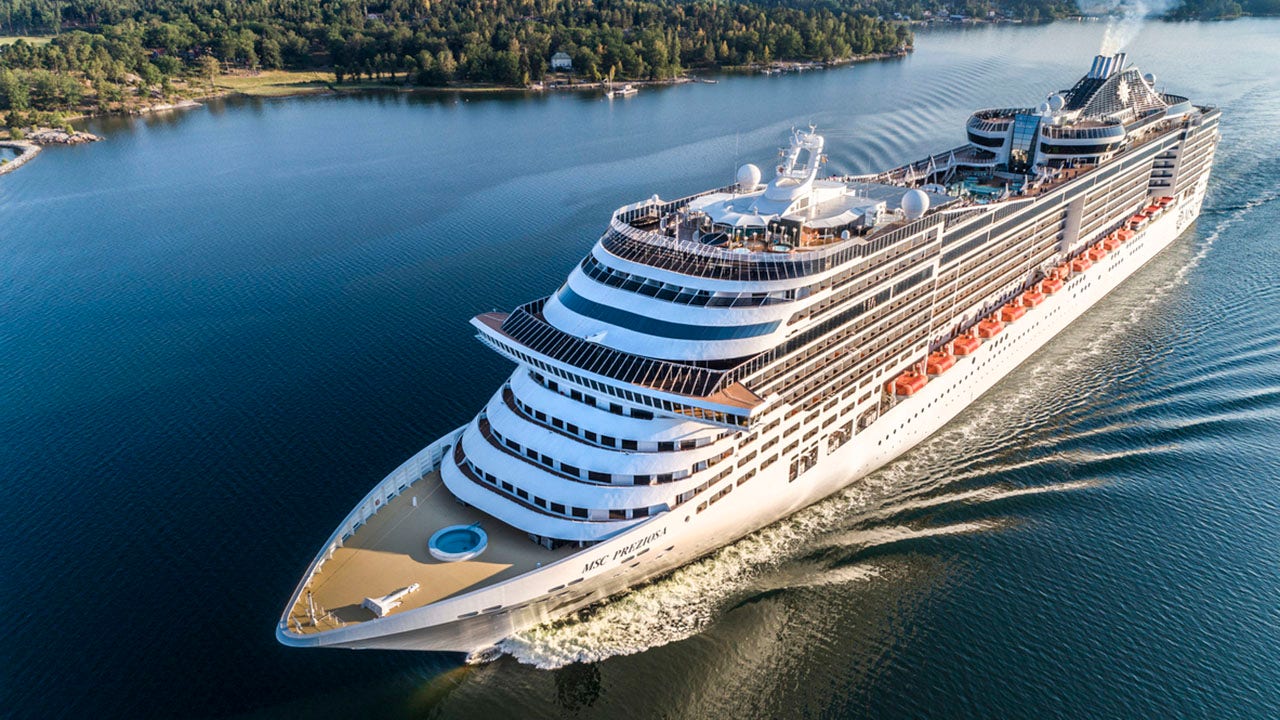