SAN DIEGO, Calif. – Freshmen Katie Thompson and Braeden Holcombe combined for four improvements to the Academy Record Book this afternoon (March 26), as a quartet of athletes from the track and field team wrapped up their multi-event debuts at the Aztec Invitational in San Diego.

Thompson placed her name in three spots on the Academy’s all-time standings during the final day of her first collegiate heptathlon. The freshman opened the morning with a distance of 18’5¼” in the long jump. With that distance – the best mark of the meet, Thompson accounted for the third-best overall jump in Academy history and crushed the program’s 16-year-old heptathlon sub-event record. With the addition of an 86’5″ throw in the javelin and an 800-meter time of 2:39.34, Thompson accounted for 4411 points – the seventh-best total in Academy history – to finish third in the overall field and become just the second Falcon since 2013 to impact the top-10 standings of the seven-event competition.

Junior Kendra Middleton also competed in the heptathlon over the last two days, tallying 2877 points (completing six of the seven events) to finish eighth. During Friday’s action, Middleton competed in the first outdoor long jump (15’6¾”), javelin throw (85’2″) and 800-meter run (2:53.05) of her career.

While the hammer throw will take place later today in Chula Vista, the Aztec Invitational comes to a close tomorrow (March 27), with the rest of the track and field events happening at the Aztrack Sports Deck. In addition, members of the middle distance and distance squad will travel to Pueblo, Colo., for the Spank Blasing Invitational at the Neta and Eddie DeRose Thunderbowl.

Sat Mar 27 , 2021
The Massachusetts job market cooled in February as the state struggled with its COVID-19 vaccination campaign and many restrictions on businesses remained in place. Job growth slowed and the labor force shrank, the Baker administration said on Friday, citing US Labor Department data. The unemployment rate fell 0.7 percentage points […] 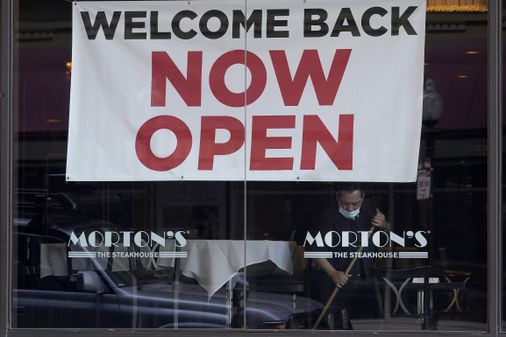