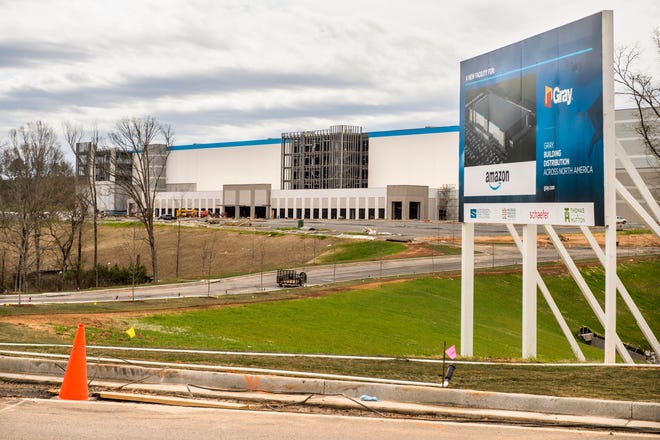 A diverse economy helped the Augusta area weather the COVID-19 pandemic in 2020, but for growth to continue, people must return to work and their children must return to classrooms.

Those are some takeaways from Augusta University’s annual economic forecast, delivered for the first time virtually in a series of videos, because of social distancing concerns, instead of during a breakfast at AU’s Summerville Campus.

“We do have a diverse economy,” said economics professor Dr. Simon Medcalfe, who presents the forecast each year. “I think a lot of people sometimes think that we’re really reliant on health care and the military base, and that’s true. We do have a lot of government jobs that helped during the pandemic.”

But other economic areas performed well, such as manufacturing, which Medcalfe said is “probably underrecognized in the local area.” Large regional manufacturers include International Paper, Textron Specialized Vehicles, Club Car and John Deere.

The and resort city is a major example of an area vastly dependent on the leisure and hospitality industry, but the Augusta area took a significant hit in that sector, too.

Local leisure and hospitality jobs, Medcalfe said, “fell precipitously in April, with the double whammy of the Masters being canceled and the pandemic.” Before COVID hit, more than 27,000 people had jobs in that sector. But in April that fell “by almost half,” he said, with about 12,000 jobs lost.

“We’ve seen some recovery since, so that leisure and hospitality is somewhere just about 4,000 to 5,000 jobs off the pre-pandemic peak,” he said.

More than 500 area construction jobs were added in the last year, according to Medcalfe.

“You see lots of construction going on in the local area, whether it’s the Amazon facility, or apartment buildings being built in Richmond or Columbia counties,” he said. “Not only is this good for today’s jobs,  but it’s good for future jobs when eventually people will be able to be employed at these facilities such as the Amazon site.”

Medcalfe helps make his predictions by consulting the Conference Board Leading Economic Index for the United States. The Conference Board is a nongovernmental organization that sets its index’s values using such variables as the Dow Jones Industrial Average and unemployment claims.

Another variable is the money in local banks, which increased about 11% year-on-year in the Augusta area, Medcalfe said. Since people spent less during the pandemic, more money stayed put.

“That’s a really large percentage compared to previous years, which have normally been around 2% or 3%,” he said. “A lot of that is this pent-up spending, as we haven’t been able to spend as much as we normally do. If this spending is released later in the year, then that will obviously bode well for businesses as expenditures increase.”

Last year’s job-opening statistics also proved interesting, Medcalfe said. In the South – a statistical area of the index that stretches from Virginia to Texas – job openings actually are higher than they were at pre-pandemic levels. That’s because Southern states reopened businesses earlier than others.

“In other areas of the country, they’ve not risen that far yet,” Medcalfe said. “But firms want to hire. We just need to get people to go back to work.”

The American Rescue Plan Act of 2021 passed the U.S. House early Saturday and now moves to the Senate. A component of the bill extends more jobless benefits, but Medcalfe said because jobs clearly are available, “I’ll be honest. I’m not a great fan of extending unemployment insurance anymore.”

Another part of the bill, if passed, would phase in minimum-wage increases to $15 an hour by 2025. But that part is no longer expected to be considered because the Senate’s parliamentarian ruled last week that “that the minimum wage hike could not be part of the bill because it is being considered using budget-reconciliation rules, which clears the way for the Senate to pass the legislation by a simple majority,” the Journal of Accountancy reported Saturday.

Medcalfe said he didn’t see a minimum-wage increase as a stimulus.

“We can debate the merits, the pros and cons, of a minimum wage, but as a stimulus, I don’t think it’s going to work,” he said. “I’ve talked to several local small businesses, and it would be devastating to double the minimum wage in the next year or so.”

“There’s evidence now, data coming through, that we’ve lost about a year of schooling with some of our schoolchildren,” he said. “That’s going to harm our long-term growth in the United States. Georgia’s done a better job of getting kids back into schools, but there are a lot of people who are still not getting the education that they require and the economy deserves.”