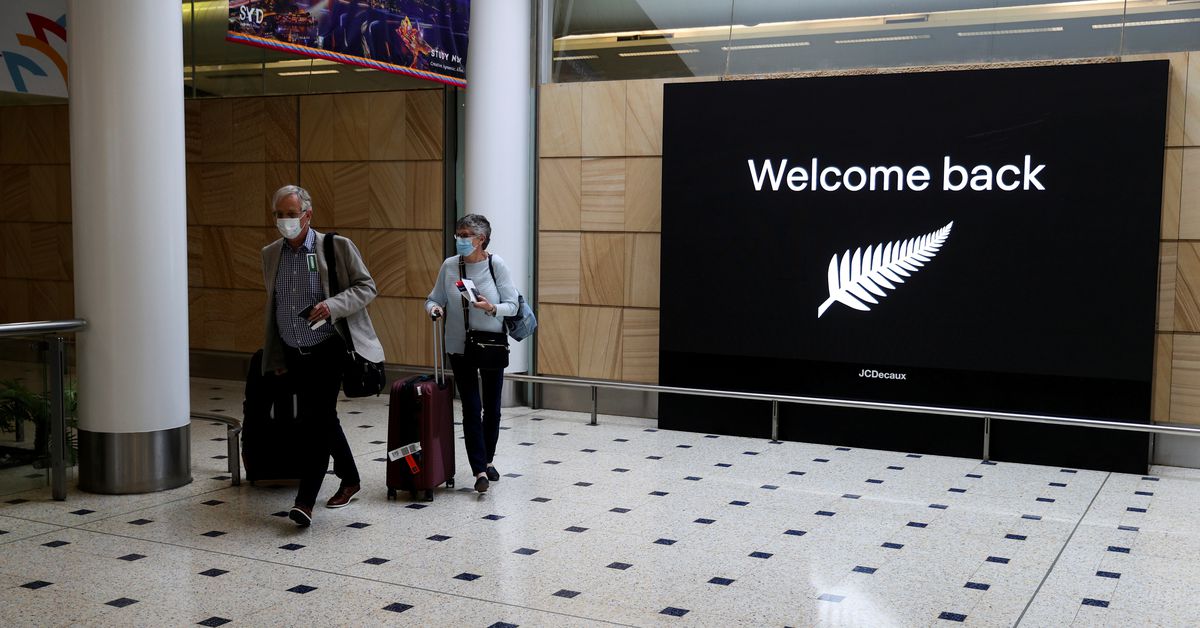 Hundreds of passengers from Australia began arriving in New Zealand airports on Monday after authorities reopened borders, a pandemic milestone that allows quarantine-free travel between the countries for the first time in over a year.

Though most Australian states have allowed quarantine-free visits from New Zealand residents since late last year, New Zealand had enforced isolation for arrivals from its neighbour, citing concerns about sporadic virus outbreaks there.

“The bubble marks a significant step in New Zealand’s reconnection with the world and it is one that we should all take a moment to be very, very proud of,” New Zealand Prime Minister Jacinda Adern told reporters in Wellington.

Television footage showed emotional scenes at the airports with families reuniting and scores of passengers thronging the international departure terminals at Australian airports.

“I haven’t been excited, I haven’t looked forward to it, I haven’t planned anything because I just didn’t think it was going to happen,” Michelle Rafferty, a passenger on a flight from New Zealand, told Australian media at the Sydney airport.

Passengers flying to New Zealand capital of Wellington were greeted from the air with a ‘Welcome Whanau’- the Maori term for extended family – painted in huge white letters near the runway.

At the Auckland airport, a choir was singing Dave Dobbyn’s ‘Welcome Home’ as people hugged and kissed their dear ones.

Qantas (QAN.AX) will ramp up flights between the countries to about 200 each week, while Air New Zealand (AIR.NZ) said it had quadrupled its flights to 30 on Monday, with its airplanes flying into New Zealand 97% full.

Despite the excitement of open borders, Morrison and Ardern warned travellers to prepare for disruptions to their travel at short notice in the event of COVID-19 outbreaks, and said the risks of quarantine-free travel will be under “constant review”.

Both leaders also flagged the possibility of extending quarantine-free travel to other countries in the Pacific region when “it is safe to do so.”

About 1.5 million Australians visited New Zealand in 2019, the year before the pandemic closed international borders, making up about 40% of all visitors, spending NZ$2.7 billion ($1.93 billion) in the country, official data showed.

More than half a million New Zealand-born people live in Australia, just over 2% of Australia’s population of near 26 million.

Both Australia and New Zealand had largely closed their borders to non-citizens and permanent residents more than a year ago, helping to keep their COVID-19 numbers relatively low compared with several other developed countries.

Other international arrivals into both countries must go through a two-week hotel quarantine at their own expense.

Australia has recorded just over 29,500 virus cases and 910 deaths since the pandemic began, while New Zealand has had just over 2,200 confirmed cases and 26 deaths.