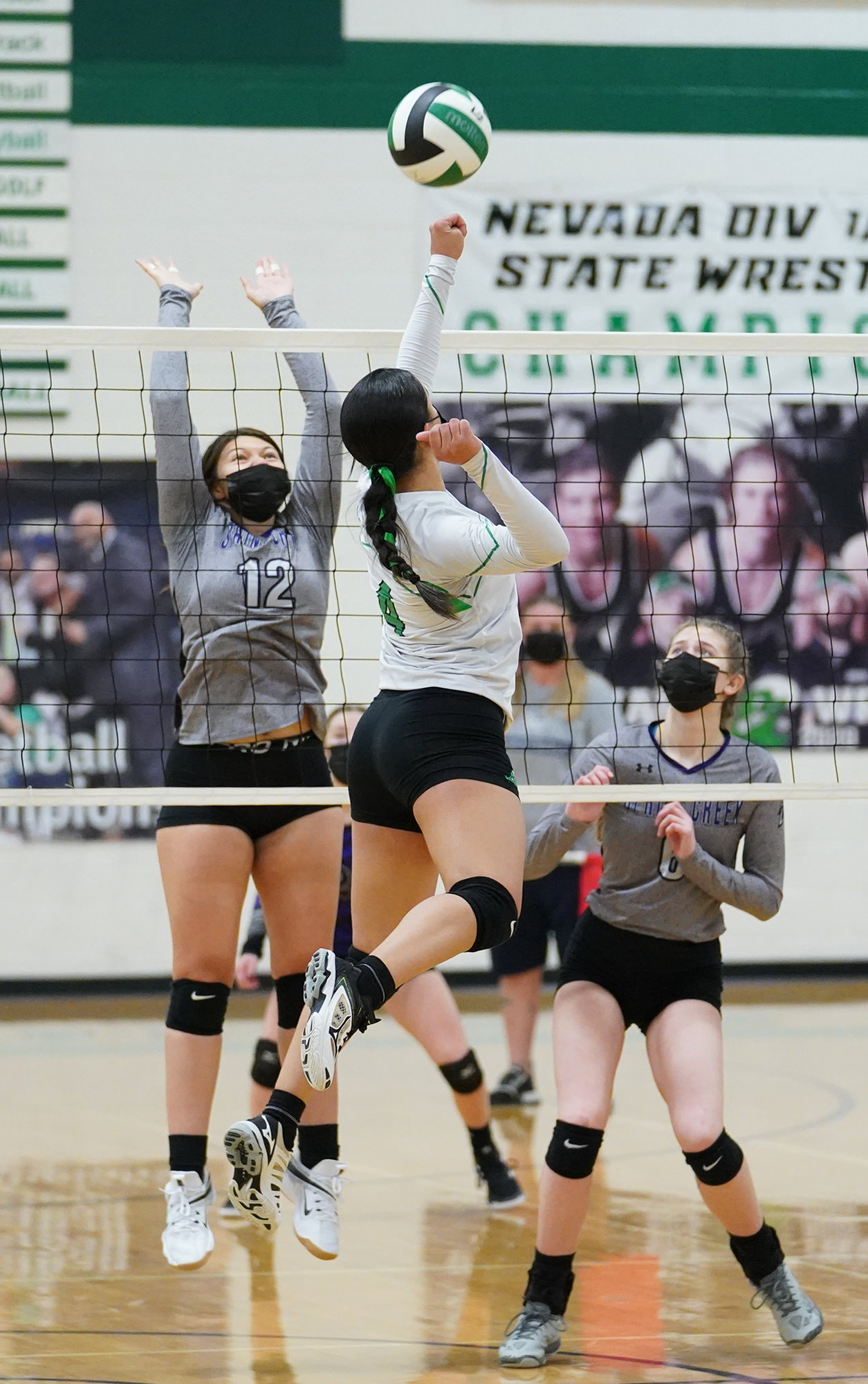 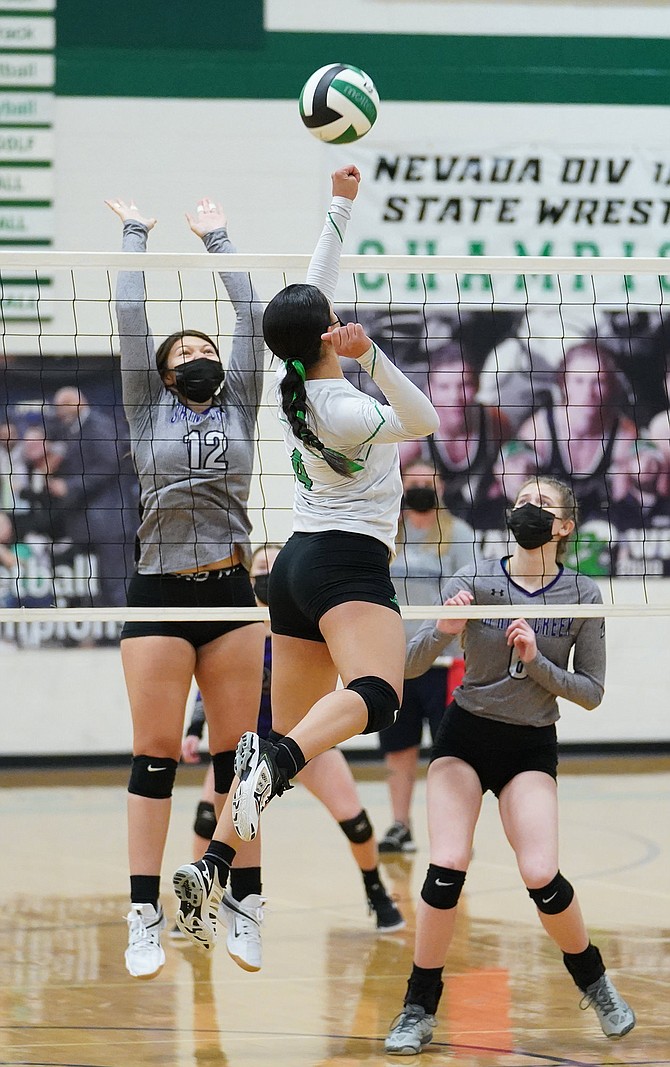 Fallon’s Aisha Sharron knocks the ball over the net in her team’s win over the Spartans. 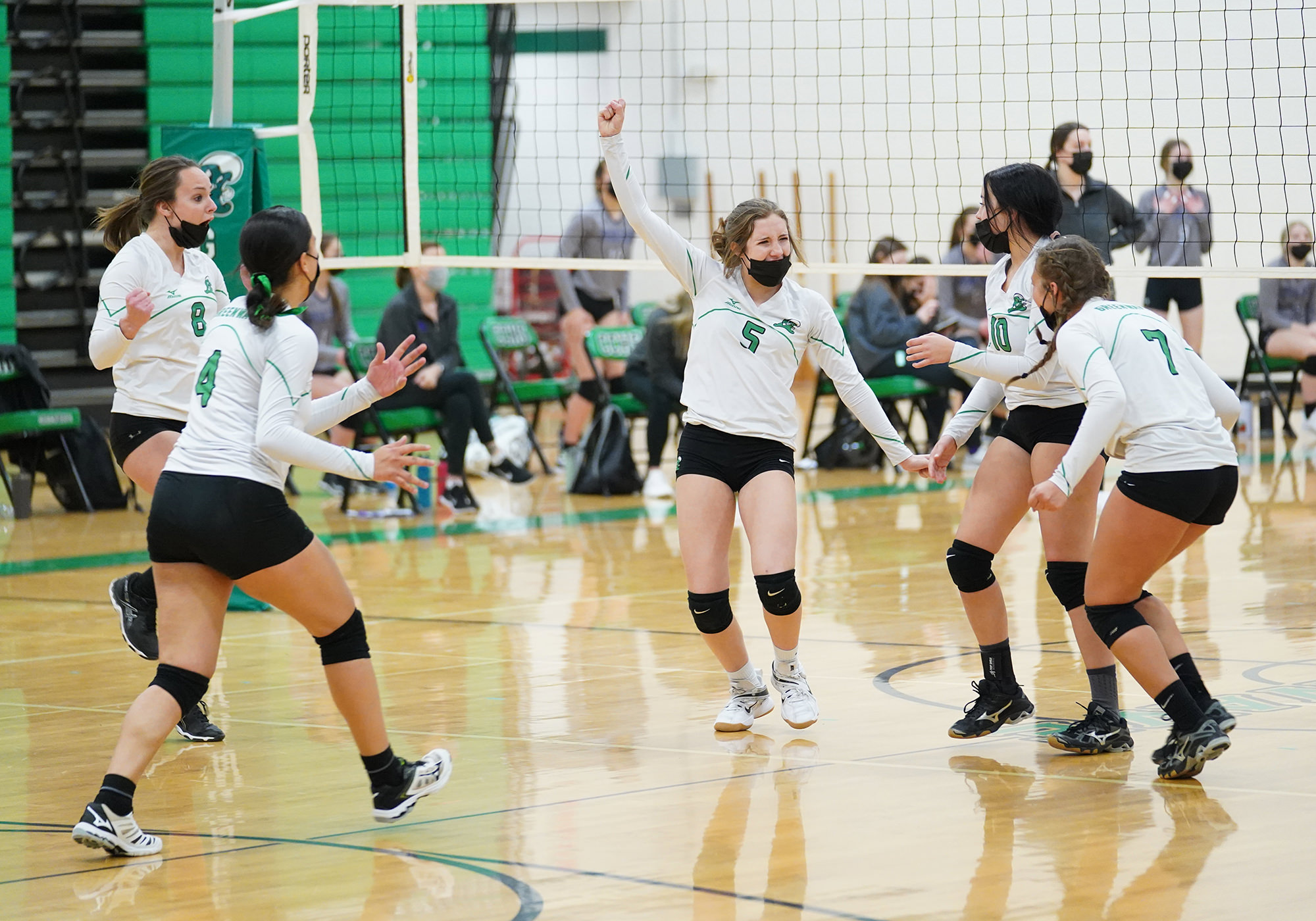