The recovery remains hampered by the ongoing coronavirus pandemic.

U.S. employers added 379,000 jobs last month, pushing the unemployment rate for February down by a fraction of a percentage point to 6.2%, the Department of Labor said Friday.

Friday’s jobs report highlights how the pace of the labor market’s recovery remains hampered by the ongoing coronavirus pandemic. The pre-pandemic unemployment rate in the U.S. was 3.5%.

Notable job gains last month occurred in leisure and hospitality (which saw an uptick of 355,000) that the DOL linked to easing pandemic-related restrictions. Employment declined last month in state and local government education (which saw a loss of 69,000 jobs) and construction (which shed 61,000 jobs).

“The labor market continued to reflect the impact of the coronavirus (COVID-19) pandemic,” the DOL said.

Julia Pollak, a labor economist for the jobs site ZipRecruiter, told ABC News ahead of the report’s release that hiring figures last month remain “disappointing” and “not consistent with a robust recovery.”

“I think in the winter it was really just hard for the economy to recover much, given the fact that it’s now so sensitive to weather with outdoor services beings the only show in town,” she said.

“We also had this winter surge in COVID cases that led to renewed restrictions,” Pollak added. “So it was a difficult time for employers to get back to business at full steam.”

The DOL said in its release Friday that “severe winter weather across much of the country may have held down employment in construction,” which saw some of the highest job losses last month.

Still, Pollak said that she holds some optimism for the labor market going forward, citing recent falling case counts across the country and a vaccine rollout that is “finally accelerating.”

While it may not be captured in February’s jobs report, Pollak said employers “really started expanding capacity and posting jobs in February, and that will translate into hiring in March.”

Pollak also noted that the pandemic has had a disproportionate effect on women in the workforce, who have borne the brunt of child care responsibilities amid school closures and remote learning.

“For all the progress that women have made in the labor force in the last few years, it’s often mothers who have to stay home and are forced out of their careers,” she said.

Pollak said some threats to the recovery still lurk, including the concerning spread of new COVID-19 variants even amid the vaccine rollout.

“We can’t possibly know what what’s going to happen in the future; there’s still tremendous uncertainty,” she said. “But the news right now is overwhelmingly positive on the vaccine front and on the decline in cases.”

And at a time when “the economy’s never been so tied to the weather,” Pollak added, the coming of spring also offers a bright spot for restaurants and other industries.

To Stay or Go? Even With Vaccines, Travel Planning Remains Complicated

Fri Mar 5 , 2021
Vaccinated, but still uncertain If the uncertainty of 2020 has taught us anything, it’s the unlikelihood that any travel that happens this year will be similar to the “normal” of pre-pandemic times. “Many of my colleagues in the travel industry are looking at the vaccine as a silver bullet to […] 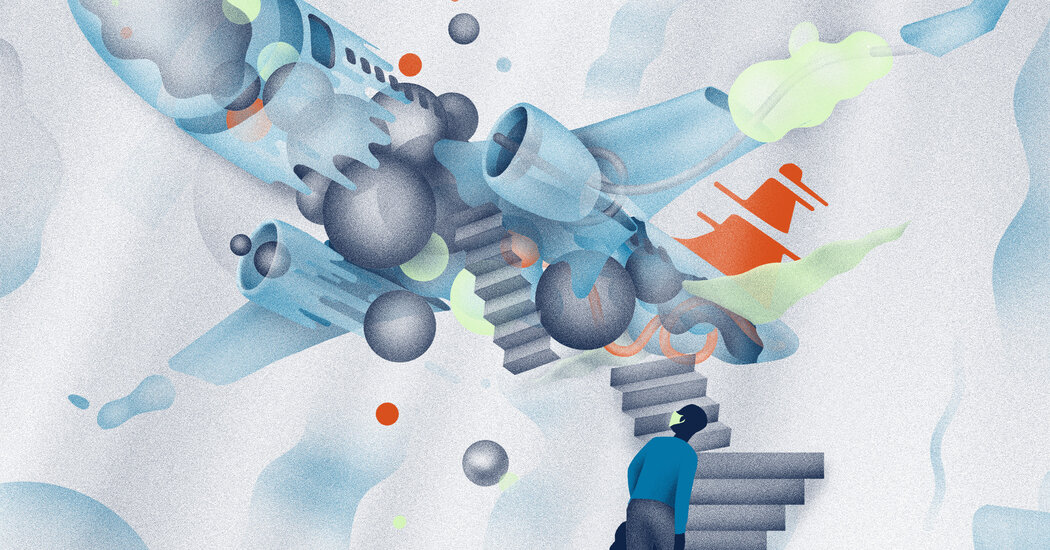