DANBURY, Conn. – The Navy gymnastics team continued collecting ECAC weekly honors as the duo of Isaiah Drake and Dhiren Lutchman were the respective winners of the ECAC’s Gymnast and Specialist of the Week. Announced late Tuesday, the pair helped Navy secured the team title at the 2022 USAG Collegiate Championship on Friday and then collected individual honors during the event finals of the national contest on Saturday.

Drake (Fr., Los Angeles, Calif.) was a standout for the Mids as he netted his squad 81.15 points in team portion of the USAG Collegiate Championship on Friday. The freshman ranked top-10 in all six apparatus: second on the floor exercise (14.1 points), fifth on the pommel horse (13.35), fourth on the rings (13.4), eighth on the vault (14.3), eighth on the parallel bars (13.3) and fifth on the high bar (12.7). Additionally, Drake finished runner-up in the all-around competition to Air Force’s Garrett Braunton, who edged him by 0.3 points for the all-around crown. For his work on Friday, Drake qualified for and competed in three event finals (FX, VT, HB) on Saturday and made the podium on the high bar with a score of 11.175. He was 0.025 points shy of sixth place for his vault (14.05).

Navy’s senior team captain, Lutchman (Beltsville, Md.) was at the forefront of his squad’s victorious weekend at the USAG Collegiate Championship as he started out the two-day event with a dominant parallel bars routine that netted 14.15 points, 0.45 points more than his nearest competitor, as well as 13.0 points on the rings to rank 10th of 30 gymnasts in the field. As a team, Navy finished first with a season-high 400.45 points. The host Midshipmen squad bested Air Force (394.05 points), William & Mary (381.05) and Springfield (375.95). In the event finals on Saturday, Lutchman won gold on the parallel bars with a 13.95 score. The gold was the first of Lutchman’s career at the USAG Championship.

This is the eighth ECAC weekly honor of 2022 for Drake and first ever for Lutchman in his four-year career.

As a program, these are the 13th and 14th ECAC awards that Navy gymnasts have garnered in 2022 …

Postseason action continues for the Mids this weekend when they travel to Williamsburg, Va. for the 2022 ECAC Championship. Hosted by William & Mary at Kaplan Arena, the league championship is slated to start at 2 p.m. on Saturday, April 2.

Thu Mar 31 , 2022
Jonathan Toews will play his 1,000th game for the Blackhawks Thursday night in Florida. Wayne Gretzky will be there, and the Panthers doubtless shall recognize the occasion. Then Sunday night, Chicago fans will fondly salute their team’s longest-running captain and future Hall of Famer, along with others. “Yeah, family, friends, […] 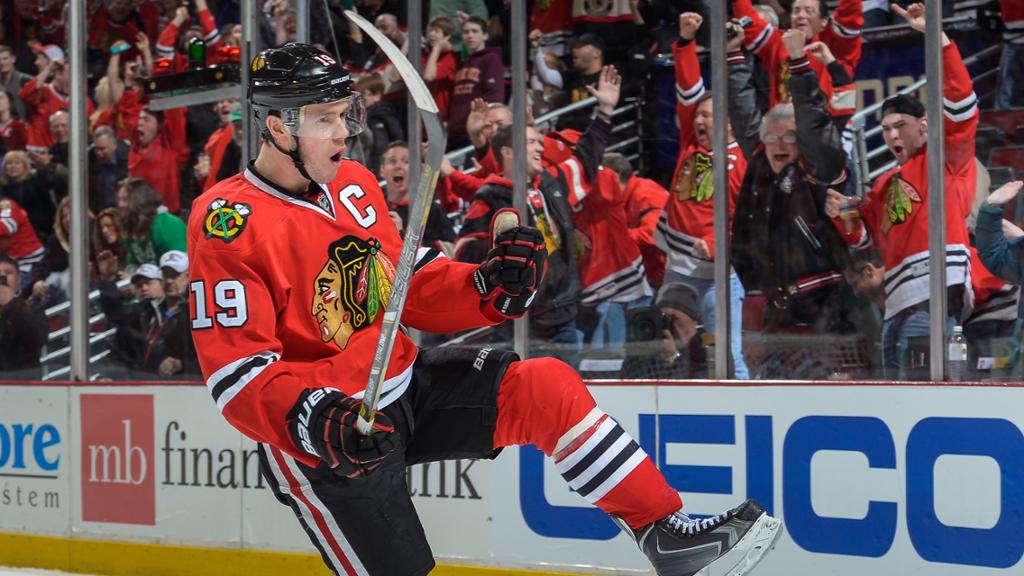