Skip to content
David Wright David Joseph Wright of Kennett Square, PA died after a brief illness on February 24, 2021. He had just turned 81. Mr. Wright was born in Jersey City, NJ on February 23, 1940, and was a 1957 graduate of Saint Peter’s Preparatory School. While at “the Prep”, Mr. Wright played basketball and excelled in baseball as an All-State selection. Mr. Wright accepted a nomination to the United States Naval Academy at Annapolis and arrived in the Summer of 1957 as the youngest member of the Brigade. Mr. Wright graduated with his Bachelor of Science in Engineering in 1961. After graduation from Annapolis and commissioning as an Ensign, Mr. Wright attended Submarine School in Groton, CT. Upon earning his golden dolphins, Mr. Wright served aboard the USS Tench (SS-417), USS Corsair (SS-435), and USS Becuna (SS-319) with deployments in the Mediterranean and North Atlantic. Mr. Wright attained the rank of Lieutenant, and his last assignment was as an instructor at the Naval Guided Missile School at Dam Neck, VA. After resigning his commission in 1967, Mr. Wright joined General Electric’s Ordnance Division in Pittsfield, MA as a quality control engineer. In 1975, Mr. Wright joined General Electric’s Space Division (GE AstroSpace) in Valley Forge, PA. This move initiated a long career in space systems marketing and program development spanning both the civilian and military sectors. This included work on both communications and remote sensing satellite programs, as well as the Strategic Defense Initiative (Star Wars). Among his favorite projects was the Landsat D (Landsat 4) program which launched in 1982, providing a then unparalleled earth resources remote sensing capability. In 1989, Mr. Wright joined SPAR Aerospace in Ste. Anne-de-Bellevue, PQ as Senior Vice President and head of marketing for their satellite division. In this role, Mr. Wright traveled to Brazil, Saudi Arabia, and the former Soviet Union among other countries to expand SPAR’s presence in the communications satellite market. After leaving SPAR in 1992, Mr. Wright returned to Malvern, PA, and continued to work in varying capacities for Honeywell, Ball Aerospace, and as a consultant in the space industry. Mr. Wright enjoyed travel as part of his various roles, especially to the Paris Air Show. While he never attained the rank of Admiral in the Navy, he was quite proud of his USAir Admiral’s Club membership. Never one to stay idle in retirement, Mr. Wright combined his wanderlust and personable nature to drive for several executive car services in the Philadelphia area. “Driver Dave”, as he was known, was always quick to point out local attractions and the best places to eat for those new to the Philadelphia area. “Driver Dave” introduced many a person to the delights of John’s Roast Pork in South Philly and was known to grab a dozen bagels at his favorite shop when driving clients to Manhattan. Mr. Wright was an avid, accomplished tennis player earlier in life and transitioned to a passionate interest in golf later in life. He developed a love of sailing during his time at the Academy and especially enjoyed family sailing trips on the Chesapeake. Mr. Wright was a lover of many forms of music from opera to country to Dixieland and enjoyed attending the Philadelphia Orchestra. He will be fondly remembered by his children for his many dance moves, especially the stroll. He enjoyed food and wine, with a particular fondness for Italian cuisine which he came to develop a knack for preparing later in life. He was a voracious reader, which helped him solve many a Sunday Crossword in the New York Times. Mr. Wright continued his love of travel into his post-work years while traveling to visit family around the country. He particularly enjoyed his foreign travels to Europe with his wife, Virginia. Mr. Wright spent many hours devoting his time and knowledge to several groups. He was president of the Father’s Club at Malvern Preparatory School and enthusiastically hosted foreign visitors as part of the Citizens Diplomacy International Program along with his wife in more recent years. Upon moving to the Kendal Community, he and his wife gave many presentations on both Philadelphia and Naval history for residents. His devotion to his alma mater was evident in the time spent as a Blue and Gold officer, helping prospective candidates navigate their path to becoming a midshipman at the Academy. He was most devoted to his class of 1961, planning their reunions and reaching out when condolences were needed. He spent his last day marshaling a planning call for the class’s 60th reunion. Mr. Wright is survived by his wife of 10 years Virginia Frost Pusey of Kennett Square, PA. He is survived by his daughter Maribeth Baker (Jason) of Fort Mill, SC, and son David Lewis Wright (Kathleen) of Marshfield, MA, both from his first marriage to Marianne Wright (nee Menno). He is survived by his four grandchildren Michael “Pibb” Wright, Carly Wright, Emma Baker, and Morgan Baker. He is further survived by his brother Robert Wright (Marcia) of West Palm Beach, FL, and his sister Kathleen Semar (nee Wright) of West Palm Beach, FL. He is additionally survived by his stepchildren Anne (nee Pusey) Roberts (Larry), Kristen (nee Pusey) Riley (Michael), Jonathan Pusey (Tricia), his step-grandchildren Andrew Roberts, Alexander Roberts, Elias Roberts, Sarah Riley, Sean Riley, Danica Pusey, Zane Pusey, Saige Pusey, Beck Pusey, as well as his seven nieces and nephews. Mr. Wright is predeceased by his father Andrew R. Wright, his mother Hannah M. (nee Rice), and his brother Andrew R. Wright, II. A private service is being held for the family, while an internment service will be announced at a later date. In lieu of flowers, memorial donations may be made in his memory to the following organizations: Philabundance (philabundance.org/donate) 3616 South Galloway Street Philadelphia, PA 19148 Or United States Naval Academy Foundation Athletic and Scholarship Program (usna.com/asp) www.maugergivnish.com

Sun Feb 28 , 2021
Saying it is pleased that the U.S. House of Representatives voted early this morning to approve the third stimulus package in the last year, the U.S. Travel Association said that more needs to be done for an industry that has lost $1 trillion due to the pandemic. “Given the severity […] 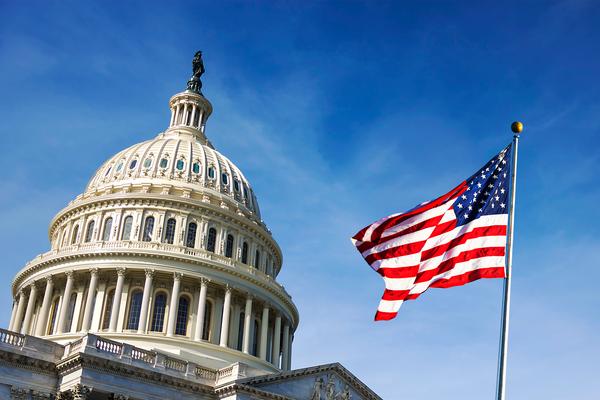