A report from a UW-Madison think tank shows employment in the state’s leisure and hospitality industry remains 18.7 percent lower than before the pandemic.

The annual State of Working Wisconsin report from COWS details the change in job numbers across various industries between February 2020 and June 2021. COWS stands for Center on Wisconsin Strategy.

Wisconsin’s economy overall has 114,000 fewer jobs than in February 2020, the report shows. The greatest job losses were seen in leisure and hospitality, which includes hotels, bars and restaurants. The industry had 49,600 fewer jobs in July than before the pandemic hit.

The report notes that this sector had lost more than half of its workforce by April 2020 at the height of the pandemic. While it has been recovering as these businesses reopened, the report points to “volatility in the sector” limiting that rebound.

“It’s adding jobs unevenly, but more-or-less on a pretty consistent upswing,” said Laura Dresser, associate director of COWS. “I think people can see this in their communities … Many restaurants are working shorter hours, or doing only takeout or outside seating, so that kind of restructured some of that work.”

Meanwhile, other sectors have lost very few jobs over the course of the pandemic. State employment in manufacturing, information, professional and business services, and trade, transportation and utilities all dropped by 1 percent or less between February 2020 and June of this year.

Some differences were seen between Wisconsin’s pandemic job losses and U.S. industry job losses on a percentage basis. While the country lost 6.1 percent of its information jobs, Wisconsin lost just 0.6 percent. In contrast, the state lost 3.1 percent of its financial activities jobs over the same period while U.S. employment in the sector dropped 0.8 percent.

Wisconsin’s unemployment rate was 3.9 percent in July, which is below the national rate of 5.4 percent but still 0.4 percent above the rate from February 2020.

The report shows that 8.8 percent of the state’s workforce were union members in 2020.
In line with the national trend, the percentage of Wisconsin workers in unions has declined steadily since the mid-1960s, though it remained above the national level before dropping below in 2014.

The report shows 22.1 percent of the state’s public sector workers and 6.5 percent of private sector employees were union members in 2020.

Report authors say the “deeper decline” in union membership in the state over the past decade was directly caused by two pieces of state policy: Act 10, which restructured public sector unionization in Wisconsin after passing in 2011; and “right-to-work” legislation enacted in 2015 that impacted private sector unions.

Thu Sep 2 , 2021
The numbers: Businesses in the U.S. created a lackluster 374,000 new jobs in August, a new ADP survey found, suggesting the delta strain of the coronavirus depressed hiring last month. Read: Consumer confidence sinks to 6-month low on delta anxiety and high inflation The increase in private-sector jobs was weaker than […] 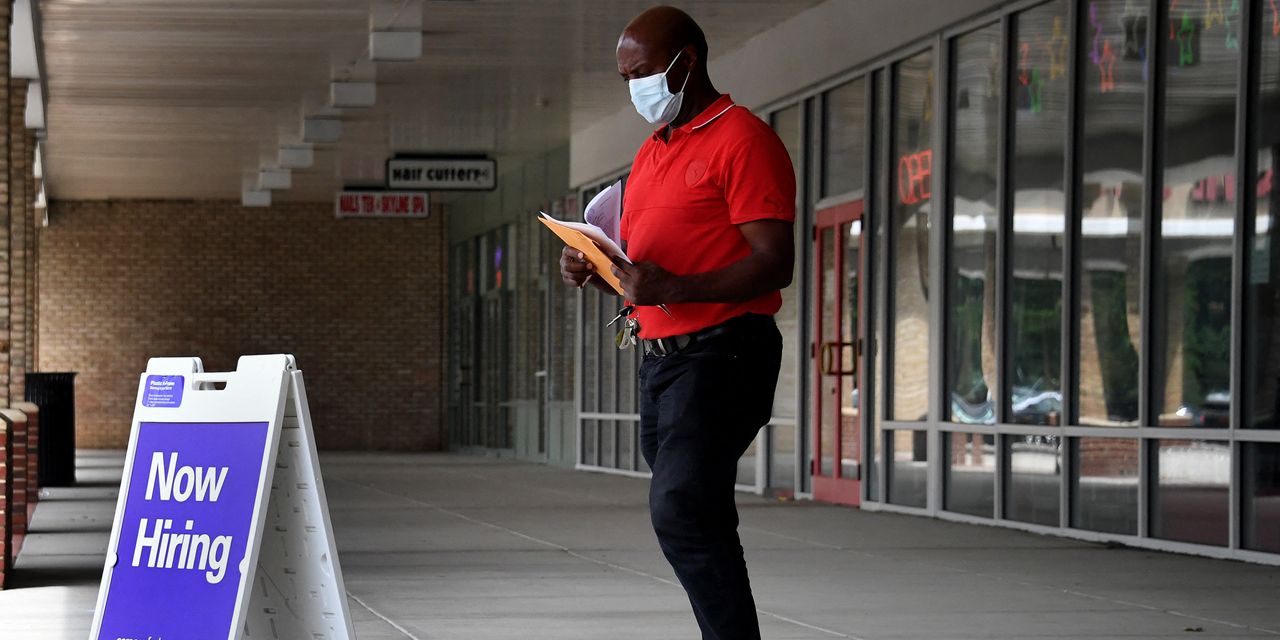