For Americans who are filled with wanderlust and dismissive of health officials’ pleas to avoid travel, bargain rates and deep discounts for airline tickets and hotel rooms are plentiful.

Henry Yu, a baseball fan from Long Beach, said he found prices for airline tickets and hotel rooms to fly to Phoenix to watch his beloved San Francisco Giants at spring training this month were 15% to 20% cheaper than in previous years.

“My sense is that the typical spring training price hikes are not happening this year due to COVID-19,” he said, adding that he believes his risk of getting infected are low because he takes precautions such as wearing a mask.

But the drop in demand for travel that has pushed prices down may be coming to an end with the rollout of several COVID-19 vaccines that are giving Americans more confidence to mingle. That is likely to increase travel demand and push up prices, especially for summer, according to industry experts.

Demand is “going to change very rapidly as we get more and more news on vaccines,” Roger Dow, president of the U.S. Travel Assn., told reporters Thursday.

The risks are still not fully known. Dr. Anthony Fauci, director of the National Institute of Allergy and Infectious Diseases, has warned that those who have been vaccinated should not assume travel is safe: The vaccines protect against serious symptoms of COVID-19, but it’s not yet clear whether vaccinated people can still contract and spread the virus. The Centers for Disease Control and Protection continue to advise against travel.

And price increases aren’t guaranteed. If there’s another spike in COVID-19 cases, that could derail a surge in travel demand, especially if local officials issue more stay-at-home orders.

Barring such a spike, the price increases for hotels and car rentals are expected to be most prominent for popular leisure destinations — such as Orlando, Fla., and Santa Barbara — not so much for business centers and convention towns where business travel is still in a slump, experts say. The competition among airlines, however, could keep airline ticket prices from spiking on some popular routes.

The prices of international travel are harder to predict because the restrictions some countries impose on international visitors vary widely and continue to change frequently, industry officials say.

A Thursday report by BofA Gobal Research also pointed to a recent boost in leisure travel.

“Kayak and Google flight searches to leisure markets have increased materially since early February, with searches to Miami, Orlando and Hawaii reaching their highest level post-COVID,” the report said. “This leads to bookings and we note that domestic scheduled flights to these cities for April 2021 are almost back to 2019 level.”

Bookings for cruises due to sail this year, in 2022 and in 2023 are selling out quickly at similar if not higher prices than before the pandemic, according to Heidi Allison, a spokeswoman for CruiseCompete, an online marketplace.

She noted that several cruise lines have discussed requiring vaccinations of all guests in the next few months and the Royal Caribbean Group — which owns Royal Caribbean and Celebrity Cruises, among others — has suggested it may soon require crew members to be vaccinated before cruise ships get out to sea again. Most cruise lines have voluntarily suspended cruises from the U.S. until at least summer, but a few ships have begun sailing from Europe.

The American Hotel and Lodging Assn. predicted leisure travel will rebound in the second half of 2021 as vaccine distributions continue. A survey by the trade group found that 34% of Americans feel safe staying at a hotel, with nearly half saying their comfort was tied to the availability of vaccines.

Hotel bookings through the hospitality website Hotelplanner.com are already up at least 25% for January, February and March compared to the same period in 2020, when the pandemic began to take hold, said Bruce Rosenberg, president for the Americas for Hotel Planner, which specializes in group bookings.

“There is definitely pent-up demand,” he said.

As demand for travel climbs, prices are expected to follow suit, especially for the summer.

A preview of the upcoming price hikes was evident in California’s coastal cities during the Valentine’s and Presidents Day holidays, when hotel rates eclipsed pre-pandemic levels, climbing as much as 25% higher than prices during the same times last year, Reay said.

As for airline tickets, the prices for spring and summer air travel should remain stable especially on those routes where competition from budget airlines like Spirit and Frontier Airlines will force the larger carriers like American and United Airlines to keep fares low, experts say.

“Airlines are going to be very careful with pricing,” said Henry Harteveldt, cofounder of Atmosphere Research Group. “I think there is a fine balance they have to strike.”

Still, experts offer one critical caveat: The recovery from the pandemic has so far been unpredictable and any recent progress could disappear with a surge in COVID-19 cases. That could push travelers to cancel vacation plans, sinking demand and leaving hotel operators and airlines with vacant rooms and empty planes.

“All it takes is one surge or outbreak to send everything into the toilet,” Harteveldt said.

For now, travelers are taking advantage of the lower rates before demand begins to surge.

Shawn Frederick, a photographer from Calabasas, said prices for lodging, plane tickets and a rental car for his photography outing to Bend, Ore., planned for this spring are about 10% to 15% lower than in previous years. He attributes the lower prices to Americans either not yet willing or not able to travel.

But once he and most other Americans get a vaccine, Frederick expects that to change. “I hope that travel opens up for us all,” he said. 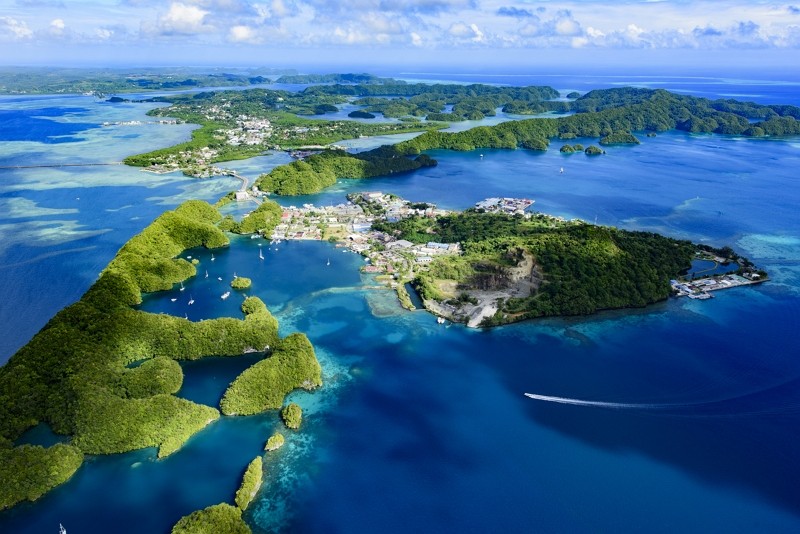