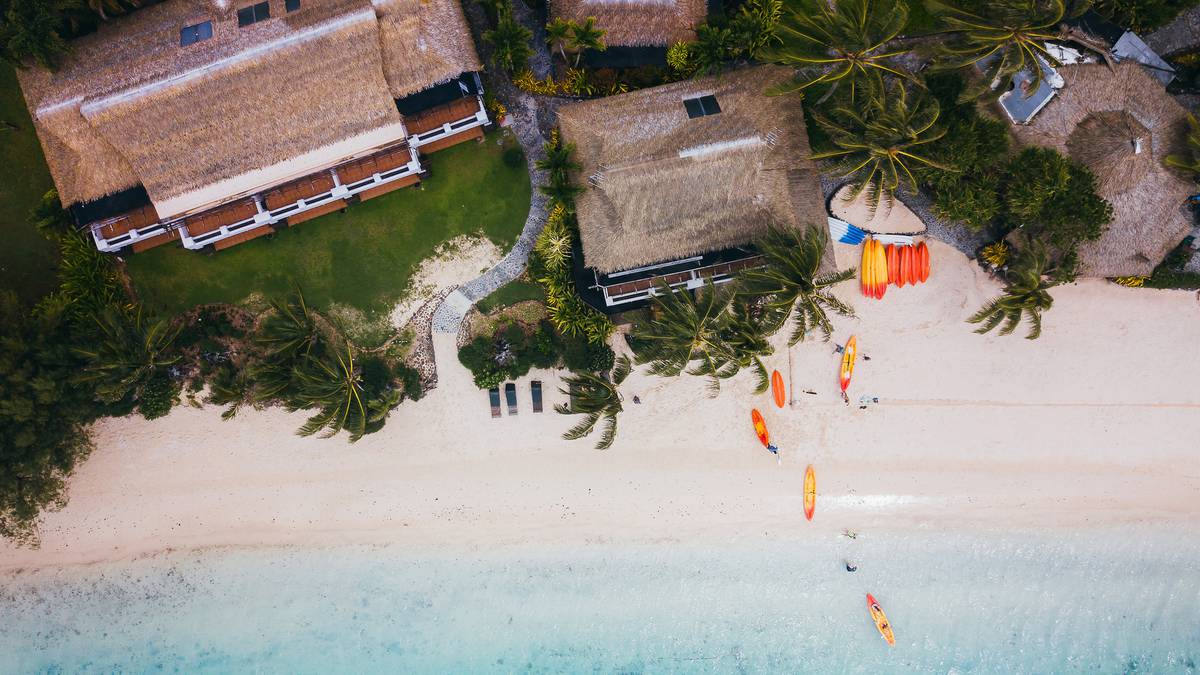 The Cook Islands is still keen to pursue a travel corridor with New Zealand despite the lockdown. Photo / Supplied

Cook Islands private sector taskforce chairman Fletcher Melvin said while the latest cases had caused concern they were ploughing on with plans to be ready by the end of March.

“It caused a bit of panic over here in the last couple of days. I think one of the things that we realised was that we need to be talking about having the ability to open and close as quickly as possible.”

After Prime Minister Jacinda Ardern announced the recent cases and put Auckland in a seven-day alert level 3 lockdown the Cook Islands cancelled a flight scheduled for March 2 and asked those who’d arrived on Friday to self-isolate.

The Cooks Islands’ Cabinet will meet again this week to assess the situation.

Melvin said the reaction to the outbreak worked well but it reinforced the resolve to get the lab testing centre finished so samples didn’t have to be sent to New Zealand for processing.

“It caused a little bit of alarm but I think after nine months we’re pretty good at going into quarantine and isolating.”

It was always the expectation that the Cook Islands would respond to outbreaks in New Zealand, he said.

On Saturday the Weekend Herald revealed the Cook Islands was set to finish building a test processing centre by the end of the month and a lab technician is due to arrive soon.

The facility is the last condition required by the New Zealand Government before quarantine-free travel can resume between the two countries, said Melvin.

“It’s literally the last thing New Zealand wanted us to put in place.

“And then we’ll have done everything possible, so then it’s up to New Zealand really to give us the go-ahead.”

Another requirement is to have a contact tracing app. The Cook Islands has one under development which is compatible with New Zealand’s Covid Tracer app.

The last of the Cook Islands’ government subsidies would run out in June so businesses were desperate to lure Kiwi tourists back ot the islands.

“We’re really excited and itching to get this done. We’ve been trying to get it for some time and certainly all the hotels and resorts which are empty will be looking forward to getting business back to some sort of normality.”

The Government has not confirmed when two-way quarantine-free travel would resume just that it would happen when “conditions allow” and protocols were in place.

Passengers from the Cook Islands have been able to travel to New Zealand quarantine-free since the end of January but the Government is concerned about the risk of travellers taking Covid there.