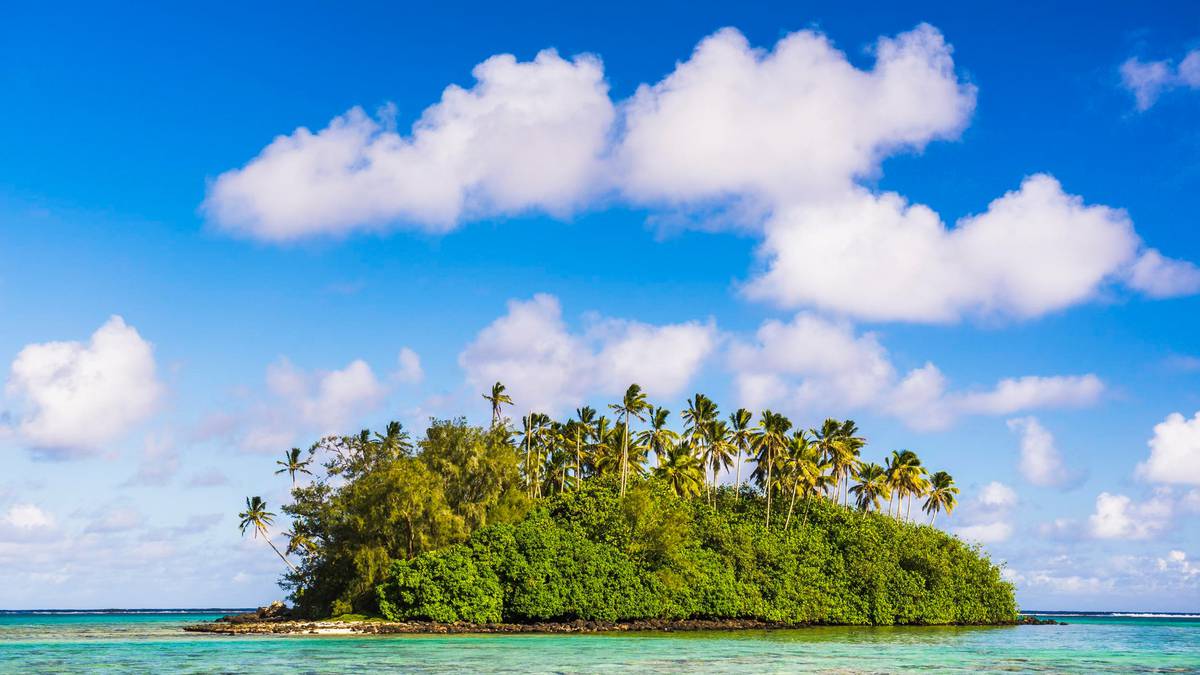 The Cook Islands are in the final stages of preparing for quarantine-free travel. Photo / Matthew Williams-Ellis

Overseas holidays to the Cook Islands could be back as soon as next month.

Once there is Government sign-off, Kiwis will be able to travel to the Cooks and back without so much as a Covid test.

But travel across the Tasman appears to be much further off. Prime Minister Jacinda Ardern is warning Kiwis to expect a quarantine-free arrangement to be turned “on and off”.

Flights to the Cook Islands are also expected to take time to ramp up, meaning Kiwi travellers could be locked in fierce competition to get their hands on a ticket to a tropical holiday.

One condition is for the country to have a Covid test-processing centre because it would take too long to send samples to New Zealand.

Construction on the lab is set to be competed by the end of March and a technician is due to arrive soon.

“And then we’ll have done everything possible, so then it’s up to New Zealand really to give us the go-ahead.”

Another requirement is to have a contact tracing app. The Cook Islands has one under development which is compatible with New Zealand’s Covid Tracer app.

Melvin said the last of the Cook Islands’ government subsidies would run out in June so businesses were desperate to lure Kiwi tourists back ot the islands.

“We’re really excited and itching to get this done. We’ve been trying to get it for some time and certainly all the hotels and resorts which are empty will be looking forward to getting business back to some sort of normality.”

Travel agents House of Travel and Flight Centre are already offering holidays to Rarotonga, including packages for the school holidays which start on April 17.

The Government would not confirm when two-way quarantine-free travel would resume just that it would happen when “conditions allow” and protocols were in place.

Passengers from the Cook Islands have been able to travel to New Zealand quarantine-free since the end of January but the Government is concerned about the risk of travellers taking Covid there.

Travel Agents Association NZ president Brent Thomas said he expected huge interest from Kiwis hankering for the chance to travel overseas and redeem their Air NZ credits, along with those with family in the islands.

But don’t expect flights to be cheap at first.

It would take time for airlines to ramp up flight schedules, with cheaper prices only coming once multiple carriers begin flying the route, Thomas said.

“It is simply a game of competition and the more you have flying, the better it is for the New Zealand consumer,” he said.

Previously, Jetstar, Virgin and Air NZ flew from New Zealand to the Cook Islands, but all would now have to assess the current economic viability.

One of the financial limitations was a lack of cargo on return flights out of the islands, Thomas said.

Limited tourism capacity in the Cook Islands – a popular but small market that previously accounted for about 3 per cent of outbound travel from New Zealand – could also limit the number of Kiwis able to fly there, he said.

Auckland, Wellington and Christchurch international airports all said they were ready and waiting for safe-zone travel to be given the green light.

This week, Covid-19 Response Minister Chris Hipkins said after 12 rounds of talks with Australian officials were “concluding arrangements” and quarantine-free travel could start after health authorities on both sides of the Tasman agreed the public health risk was “acceptably low in both countries”.

He told reporters one of the “challenges” was ensuring safe-zone travellers were kept completely separate from those coming from non-safe zones.

Wellington Airport said it was “disappointed” Hipkins said this because it could “accept international flights immediately if a safe zone was established”.

“The recent outbreaks and border closures by Australia show the need to have a transtasman arrangement in place,” a spokesperson said.

“With agreed protocols and good information sharing, New Zealand would have greater certainty on the circumstances that would cause the Australian border to open and shut.

“Currently Australia holds all the cards, which causes unnecessary uncertainty and disruption for outbound travellers from New Zealand.”

Prime Minister Jacinda Ardern said yesterday that work on the transtasman bubble was ongoing but warned Kiwis should expect for it to be “turned on and off”.

Ardern said the Government was not considering treating returnees differently despite some returning from countries which have Covid under control and others where it ran rampant.

“Even if you come from a low-risk country you’re often travelling to New Zealand in a high-risk environment, on flights with high-risk people, through airports which might be high-risk and that in itself causes issues.”

Ministry of Health data shows in the month to February 11, half the imported Covid-19 cases came from three nations: the United States, the United Kingdom and India.

Opposition parties said the Government’s “one size fits all approach” was the problem.

Act leader David Seymour, who has been calling for the risk-based approach since August, said New Zealand had the control to accept quarantine-free travellers from trusted countries, like Taiwan and Australia.

“The amount of time it’s taken to allow people to enter New Zealand from countries that have no Covid is just absolutely inexplicable and inexcusable.”

Seymour said the Government seemed “unable” to hear proportionate-risk policies instead of putting people in managed isolation for 14 days where they were “more likely to catch Covid than the place they came from”.

National’s Covid-19 response spokesperson Chris Bishop said after quarantine-free travel was established with the Cook Islands and Australia, the Government needed to start looking at processing arrivals based on risk.

He said once the Cooks corridor was operational, travel arrangements with other Pacific nations should happen quickly.