PACIFIC COUNTY — For the second consecutive month, workers in Pacific County are unemployed not just at a higher rate than every other county in Washington, but in all of the Pacific Northwest.

The newest monthly unemployment figures, released by the Washington State Employment Security Department on March 16, pegs Pacific County’s January unemployment rate at 10.3%. The preliminary estimate is up slightly from the revised 10.1% unemployment rate in December, up from a pandemic low of 8.1% in October and up from last January’s 7.2% rate.

‘With the vaccine coming out and moving down the road in reopening everything, I think this summer’s going to be [busy]. And we’re already seeing that with the gas prices going up, because demand is so high in the state.’

While the unemployment rate stayed mostly static from the previous month, the county’s critical leisure and hospitality industry again faced steep losses. Nonfarm employment dropped from roughly 5,500 jobs in December to 5,310 jobs in January, a loss of about 190 jobs overall. More than 75% of jobs lost in the county came in the tourism-reliant industry, which shed 150 jobs.

Year-over-year, employment in the hospitality industry is down 22.5% from last January. Manufacturers in Pacific County have also been hit hard over the past year, with employment down a staggering 37.4%. Governmental jobs, the largest group of workers in the county, are down 7.8%.

While several industries have been crushed by the covid-19 pandemic, others in the county have been able to escape relatively unscathed thus far. Mining, logging and construction jobs in Pacific County are up 10.9% from a year ago, and education and health services jobs are up 5.6%. Other industries that saw raw job gains over the past year include the retail industry, up 3.4%, and the information and financial activities industry, up 8%.

While economic news to start the year has been grim, particularly for the hospitality industry, ESD regional economist Jim Vleming says he sees better days on the horizon for Pacific County laborers and businesses.

Last year saw a better summer season on the Long Beach Peninsula than most local officials and businesses expected, and initial anecdotal reports throughout Washington so far suggest that this spring should be relatively robust and busy as well.

“With the vaccine coming out and moving down the road in reopening everything, I think this summer’s going to be [busy]. And we’re already seeing that with the gas prices going up, because demand is so high in the state,” Vleming said. “I think it’s going to be a pretty busy travel season, and I think that bodes well for leisure and hospitality in Pacific County.”

Vleming also thinks that the $1.9 trillion covid-19 federal relief package that was signed into law last week is good news for businesses and workers in the area. He also noted that the exclusive two-week Paycheck Protection Program sign-up period for small businesses last month had outsized benefits for places like Pacific County, where 80-85% of businesses qualified to sign up.

“It’s going to be a benefit in the long run. I think any kind of money that we can see trickling into the economy and keeping some small businesses afloat [is a good thing],” Vleming said. “This will definitely be a positive, and we’ll see what it can do in the long run.”

The new stimulus checks that are expected to arrive in bank accounts and mailboxes over the next several weeks could also lead to people being more willing to open up their wallets or take a vacation that they otherwise wouldn’t have gone on.

“I think you’ll have people loosening up, and they’re going to be coming out and spending money,” Vleming said. “And the further we get into this, the more positive it’s going to be. Time is going to heal it, I think.”

Air travel hits highest number of passengers in a year, even as CDC warns against flying

Wed Mar 17 , 2021
The number of air travelers is soaring in the U.S. — and flying in the face of federal health guidance. The Transportation Security Administration has reported five consecutive days of more than 1 million air travelers, including the single highest day for passengers since March 2020. The data show that the […] 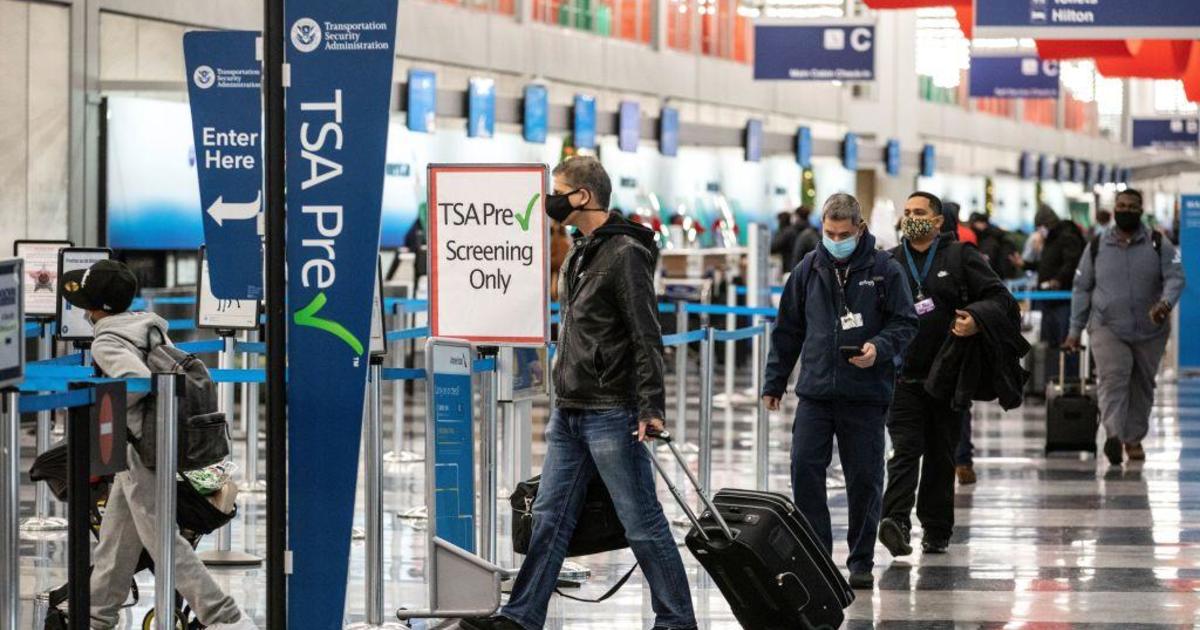