It was always going to be quite a clash — the defending 4A state championship team coming up against a program on the rise with a whopping 17 seniors on the roster. That’s perhaps why Evergreen Cougars lacrosse head coach Jay Egger had a lot to say after his senior-heavy squad beat the Golden Demons 11-5 on May 12.

“This group, they’ve been building towards this,” Eggers said. “This year they want that banner and that ring more than ever before, so there’s one purpose, one direction, and that’s to be the best in the state.”

The May 12 game, which was the second of the season for Evergreen and the third for Golden, started out tight. The home-team Cougars were first out of the gate with two scores in the first quarter, including a bullet from senior attacker Ben Crosbie at the 4 minute mark to make it 2-0.

But Golden came right back, tying it up at 2-2. First senior Chance MacCagnon scored from the top of the attack area. Followed a minute later by junior team captain Dalton Summers, who received a nice pass right in front of Evergreen’s goal and one in.

The second quarter, however, is where Evergreen pulled away. Senior defenseman Danny Schneider set the tone early, with a quick run-and-gun score in the first 30 seconds.

It only got worse from there for Golden. The Demons failed to capitalize on a man-up situation, only to give up another goal right afterwards, (a patient Crosby with the assist to junior Connor Dries) to fall behind 4-2.

The Demons would end up getting shut out the entire second quarter, as Evergreen’s senior goalie Andrew Morris stopped quite a few shots that came his way.

“We beat Golden in every facet of the game,” Coach Egger said after the game. “We’re proud of that against the defending state champs.”

After the Cougars racked up six unanswered goals, Golden finally got one by the goalie halfway through the third quarter, when Chase Marini got a long distance shot into the net.

The score was 8-4 going into the final quarter. Golden got an early man-up situation, but MacCagnon’s set-up shot went just wide.

On the next possession, Evergreen would be a man up and would be luckier in converting the chance into a goal.

Down the stretch, MacCagnon would get one more goal to bring his team within 5, but a nice assist pass from Evergreen’s Crosbie to Nate Park would end up being the final score of the game, 11-5.

“We’re a real young team still and not used to a big game like this, and that’s a big Evergreen team,” Golden head coach Mike Thumim said.

“Good news is we get them later in the year,” Thumim said. “And I’m thinking that’ll be for the (Jeffco 4A) conference championship.”

The Golden squad regrouped from the loss with a big win against conference opponent Denver South last week. The Demons travel to Conifer on the 21st, and will host Air Academy on the 24th.

Evergreen plays Thompson Valley and Air Academy this week. The Cougars’ next home game will be 7:30 p.m. May 26 against Bear Creek.

Mon May 17 , 2021
In addition to being in the terminal two hours early, travelers should allow extra time if they are parking, since some parking lots remain closed due to the pandemic and some lots that are open reach capacity during busy periods. Parking and security aren’t the only pinch points at the […] 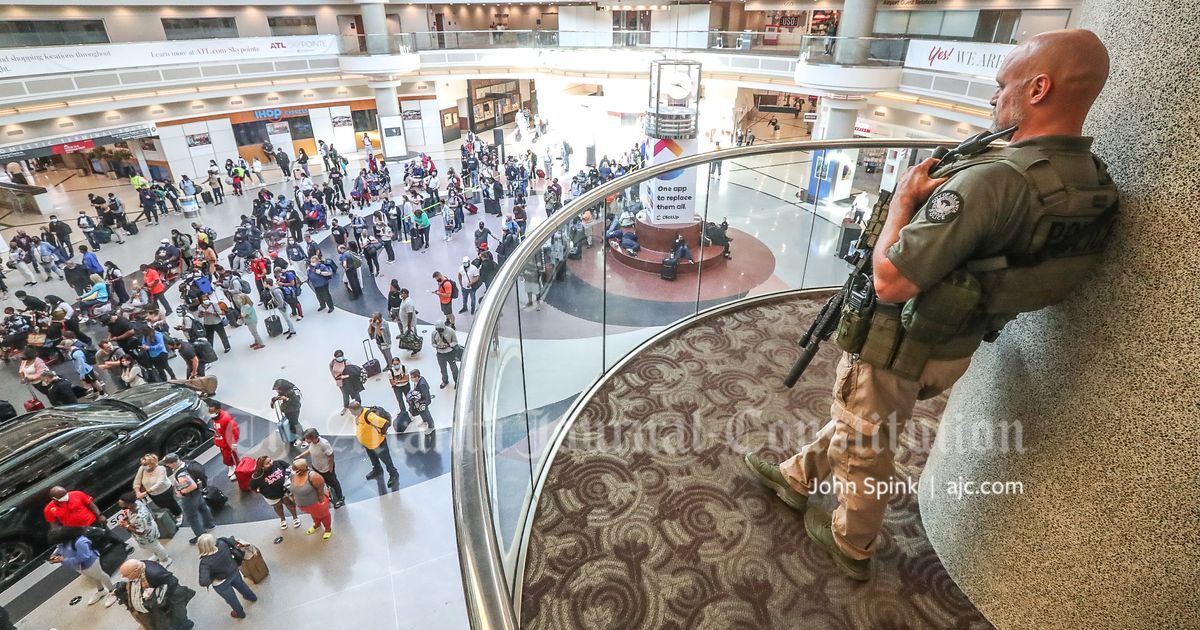