MILLVALE, N.S. — A Nova Scotia town is grieving the loss of a family of six, including four children, whose bodies were discovered Sunday evening following a fire in a travel trailer.

Officers were called to Mountain Road in Millvale, N.S., Sunday at around 6:30 p.m. and members reached the area half an hour later after travelling a back road to the location, RCMP Cpl. Chris Marshall said Monday.

He said when the Mounties arrived, they discovered the bodies inside the nine-metre long trailer.

Robert Sears said in an interview Monday that his 30-year-old son Robert Jorge Sears had died, along with his common law partner, Michelle Robertson, 28, and four children: Madison, 11, Robert Ryder, 8, Jaxson, 4, and Colin, 3.

“He was a great Dad and loved everyone, especially his family,” Sears said of his son, adding that his son had worked for a food services company in the area.

He said the family, who lived in Amherst, N.S., had been at the trailer for a short stay, and he was still awaiting information on what had happened.

It will be up to the fire marshal’s office to establish the cause of the fire, but police say a preliminary investigation suggests it was not suspicious. The medical examiner’s office will be determining the exact cause of death.

The RCMP’s Marshall said the news has been devastating for all those in the area who knew the family.

“It takes a toll on the community at large,” he said. “It’s a difficult circumstance and it’s tragic.”

Millvale is a small community in Cumberland County near Westchester Valley, about 50 kilometres southeast of Amherst and the New Brunswick border. In Amherst, a memorial site with a large photograph of the family was set up Monday in a park.

Elizabeth Smith-McCrossin, the local member of the provincial legislature, said the school attended by three of the children, Cumberland North Academy, has been hit hard by news of the deaths.

She said the memorial “is especially needed where there are a lot of children in our community who will need help grieving through this.”

Marshall couldn’t say who owned the trailer but identified it as a nine-metre ultra-lite Passport trailer that was located on a private property. The exterior of the trailer was intact and “it wasn’t like we had to comb through rubble,” he said, in describing the scene.

“It’s our belief at this time it is not a suspicious fire … but we will remain there until the fire marshal’s office has confirmed this is not a criminal incident,” he added.

The time of the fire is unknown, and it’s possible it had occurred during the previous night, he said: “My understanding is the family member who went in to check on them and then called police hadn’t heard from them since the day before.”

Amherst Mayor David Kogon said he can’t recall any time in the past 40 years when his town has had a similar death toll from a single blaze.

“It’s unimaginable, in this tragedy of a family with four small children, what it must do to their family and friends,” he said in a phone interview on Monday. “It’s just unimaginable.”

He predicted that the community will rally to support loved ones of the deceased. He said the news comes after a year in which pandemic border restrictions between Nova Scotia and New Brunswick caused stresses for many in the town, which is situated near the provincial boundary.

“We’ve had a lot of troubles here in the last couple of years. It’s getting to be a burden,” he said. “The pandemic hit families here harder than any other community in Nova Scotia because of the inability to interact with families just across the border.”

The region’s school board confirmed the children attended a local school.

“Right now, our priority is to support our students and staff members of Cumberland North Academy where these sudden losses will leave a lasting impact on those who knew them,” the school board posted on Twitter.

This report by The Canadian Press was first published Sept. 13, 2021.

— Written by Michael Tutton in Halifax

Tue Sep 14 , 2021
The Centers for Disease Control and Prevention and the U.S. State Department raised their travel alert levels Monday for the Caribbean travel spots of Saint Kitts and Nevis, and Belize due to the “risk of getting and spreading COVID-19 variants.” The CDC raised both dual-island nation Saint Kitts and Nevis and […] 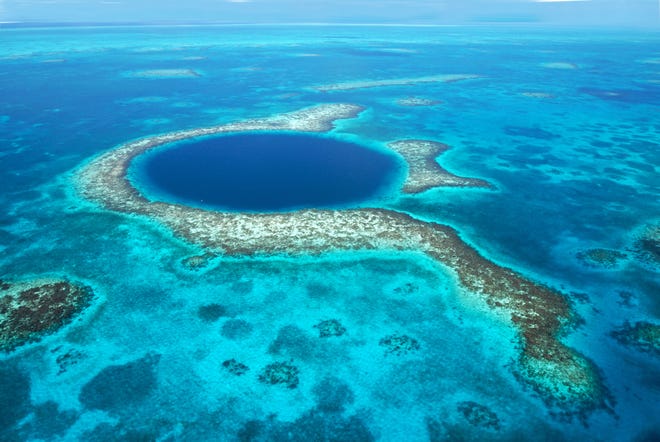