Colorado’s unemployment rate was mostly flat at 6.1 percent in July, compared with 6 percent the previous month, according to a seasonally adjusted survey of households. That compares with a national rate of 5.4 percent. The slight decline in Colorado’s rate was driven mostly by 2,800 people leaving the workforce.

It’s difficult to pinpoint why people are opting out of the labor force, according to state economist Ryan Gedney.

“Some of it could be statistical noise … It could be that we’re seeing retirements, it could be that individuals have to opt out of the labor force temporarily to care for someone, or to watch a child,” Gedney said.

Over the past 15 months, Colorado recovered 290,400 of the 375,800 non-farm payroll jobs lost between February and April of 2020, according to a separate survey of businesses. In July, professional and business services added about 5,000 jobs, while leisure and hospitality added roughly 4,300, the survey found. At the same time, construction lost 1,600 jobs, as did the trade, transportation and utilities sector.

The July surveys were conducted when COVID-19 transmission was still low in Colorado — prior to the Delta variant taking hold. Gedney says the state’s weekly unemployment numbers haven’t changed materially since cases and hospitalizations started rising.

Hawaii's Tourism Industry Is Bouncing Back. But Where Are All The Jobs?

Sat Aug 21 , 2021
As Hawaii’s tourism industry rebounds from a pandemic that shut down the industry in 2020, a question continues to stump economists: Where are all the jobs? Hawaii’s passenger arrivals averaged more that 30,000 per day in July, and August has been just as strong, with 32,500 arrivals on average for […] 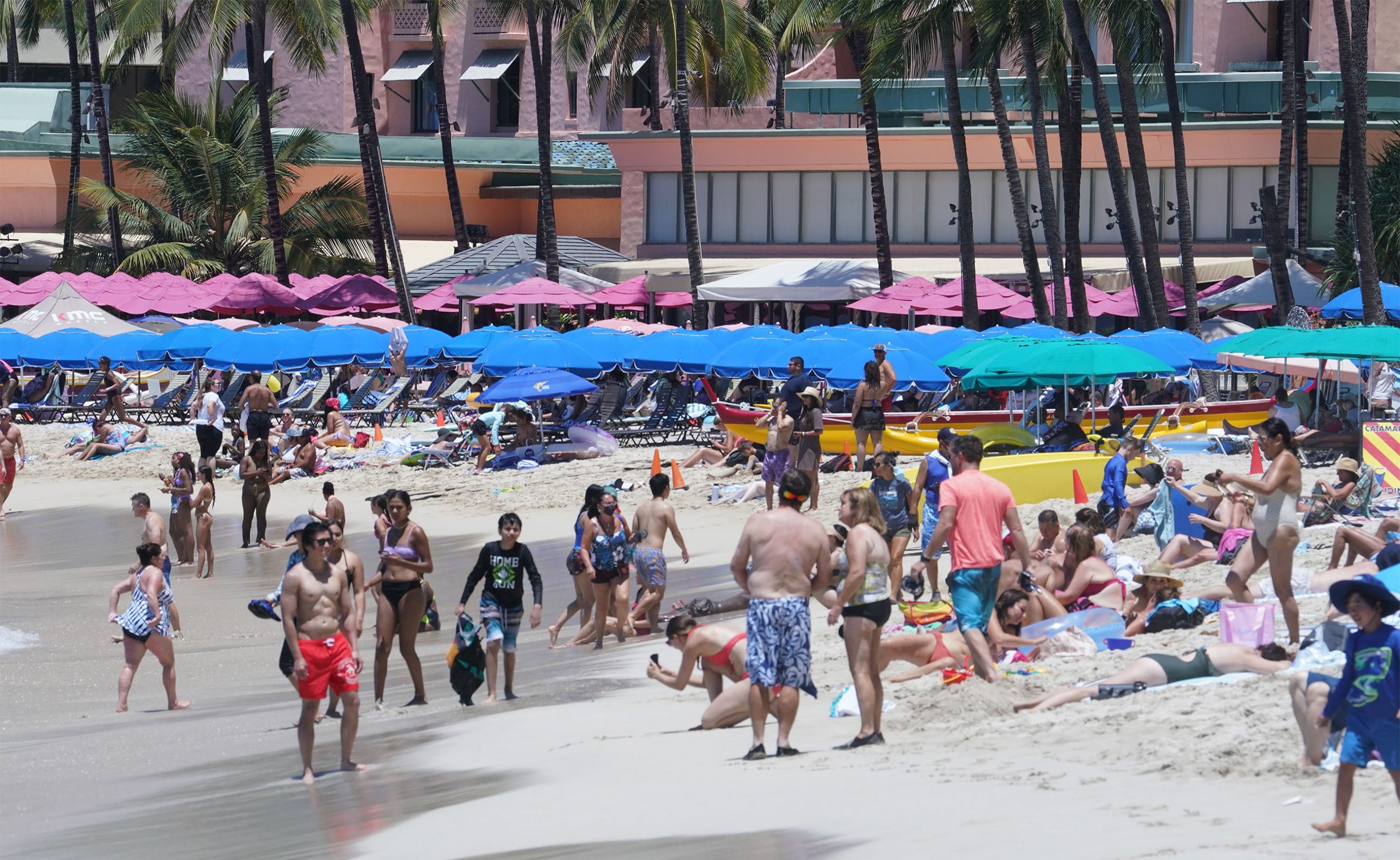