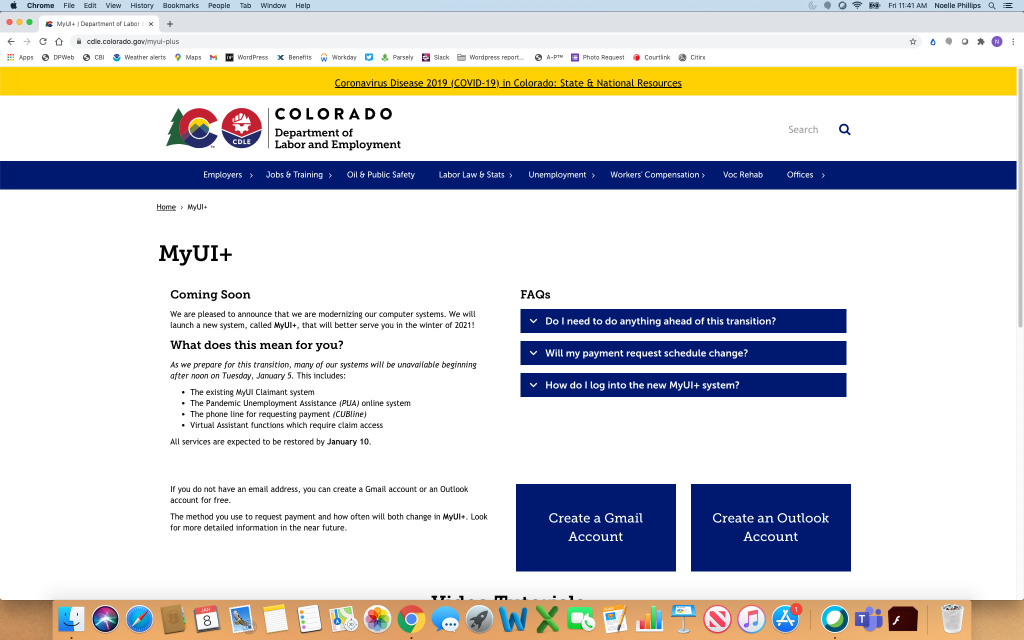 Although it added 5,200 non-farm jobs in the period, Colorado’s unemployment rate was unchanged between January and February at 6.6%.

However, the state estimates that there are approximately 156,700 jobs that were lost since last February that have not yet returned.

In a call with reporters, CDLE senior economist Ryan Gedney said the return to pre-pandemic levels of people working or actively looking for work is a sign of confidence in a return to stronger economic times, even if Colorado’s recovery rate is middling among the rest of the states.

“I think we’ll catch up with other states in terms of the unemployment rate, but having a labor force participation rate at the same level we were pre-pandemic, I think that’s a really positive takeaway,” Gedney said.

The largest job-gaining industries were leisure and hospitality with approximately 9,700 jobs added and education and health services adding about 2,200, while the professional and business services and financial sectors dropped 2,900 and 1,100 positions, respectively.

Gedney said while some of the job recoveries likely came from several counties moving to Level Yellow and looser business restrictions on the state’s COVID-19 dial, the timing of those restrictions lifting and the extreme cold snap in mid-February likely affected the true picture of the state’s unemployment situation.

Those unemployment rates are not seasonally adjusted.

Larimer, Boulder and Broomfield recorded a rise in their labor force size during the period, ranging from 438 in Broomfield County to 2,381 in Boulder County. Weld County reported seeing 57 residents leave the labor force.