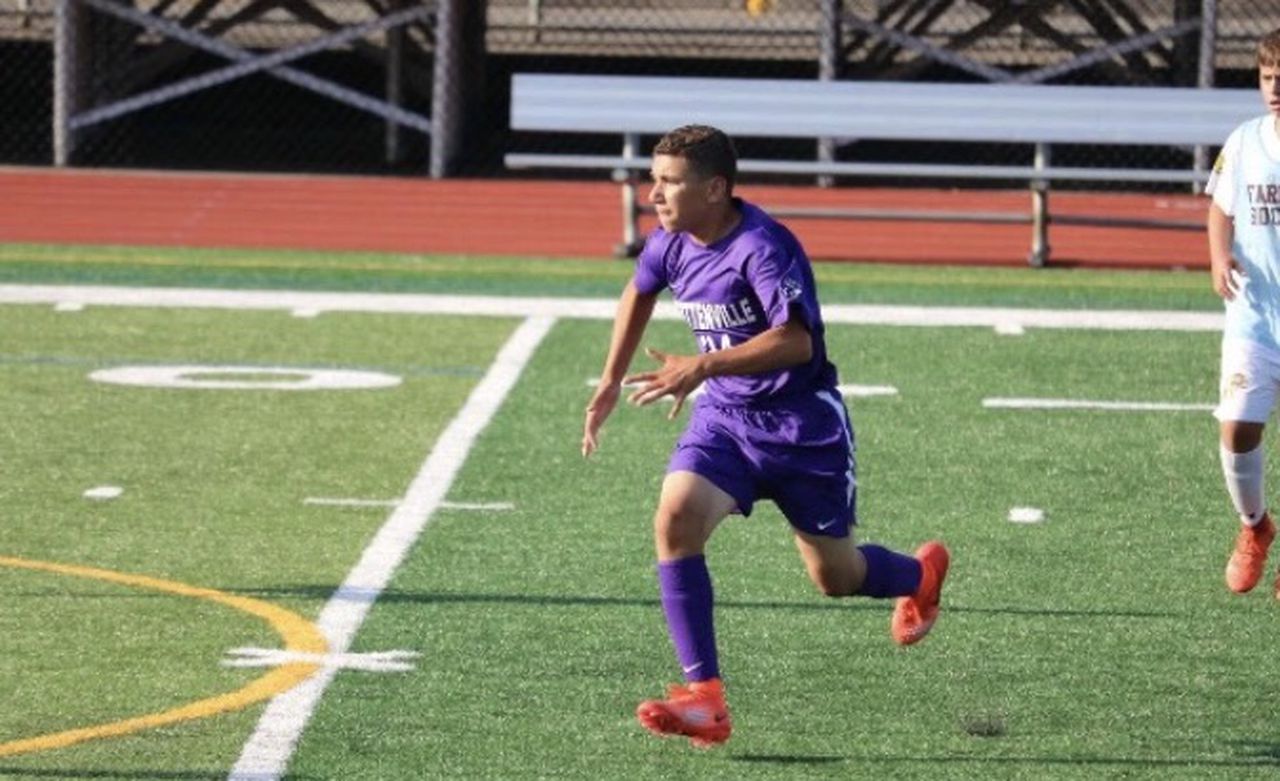 Tottenville’s boys’ soccer team has five seniors that appear to do just about everything together.

In addition to competing for the Pirates, they also play travel ball on the same team — Cedar Stars Academy — and on Thursday, the contingent of Pirates got together for a signing ceremony to make their college choices official.

The Tottenville student-athletes are prominently featured in the latest edition of College Signings as each of the five will be attending either Division 2 of 3 schools beginning in the fall.

The Advance/SILIve.com will once again report the good news below. This is the 16th edition of the 2020-21 school year.

We also have a number of past signings in recent months at the bottom, including the previous 15 College Signings.

Give another look at them as well, if you wish.

Frank Colella signed a National Letter of Intent to attend The College of Saint Rose (CSR) in Albany on a partial athletic scholarship beginning in the fall.

The four-year varsity player is a forward with the Pirates and was recruited to play the same for the Division 2 Golden Knights.

The 17-year-old said he was first discovered by CSR coach John Ciano while playing for his travel team, Cedar Stars Academy, at a showcase on Long Island.

“He loved what he saw and after talking to my parents (Darlene and Franco), we went through all of my options and we really liked Saint Rose‚’’ said Colella. “It was the best option for me both academically and athletically.’’

Colella, who recorded 13 goals and seven assists overall in a combined 16 PSAL regular-season and playoff games as.a junior, said Ciano was enamored with several aspects of his game.

“He loved my pace, how fast I was and my strength,’’ Colella said. “He also liked my leadership on the field and scoring ability.

“That made me feel awesome, especially coming from a D2 coach,’’ he added. “He also said if I deserve (playing time), I’ll get it. I’m going to do whatever I can (to get playing time right away).’’

Tottenville wing/striker Ion Croitor was competing in a showcase with Cedar Stars Academy in October against the Lake Grove-Newfield Dynamite, a top-notch program from Long Island.

Croitor wound up scoring the tying goal in a game that wound up finishing deadlocked at 1-1.

Shortly after, the 18-year-old started hearing from Buffalo St.

“I got an Instagram following (from Buffalo St.) right after the game,’’ he said matter-of-factly. “It was then I started putting all the pieces together.’’

In fact, Croitor received an email from Bengals’ men’s soccer head coach Francesco Cardillo the next day. And that really got the ball rolling.

“He thought I was a good player and that I could be a part of their program,’’ said Croitor, who made his commitment official with the Division 3 school during a signing ceremony. “Obviously, I was honored — the fact that he thought of me so highly.’’

Croitor, who played four years at Tottenville, said Cardillo is planning to keep him up front with the Bengals.

“He was impressed about how mature I was on the field and how fast I was,’’ the Eltingville resident said. “I’m 5-foot-7, but I used my speed to my advantage. I can play at a high pace and he likes the way I finish.

“There were 22 guys on the field (during that showcase in October), all good players, and he wanted me to come (to his program),’’ Croitor added. “I’m honored to have the chance to play. I’ve worked hard and I’ve waited for this chance my whole life.’’

Croitor is planning to major in Criminal Justice at Buffalo St. He said he received a plethora of interest from other schools, including Drexel, St. John’s and Wingate.

Once that came to fruition, the Eltingville resident reached out to WPI men’s soccer coach Brian Kelley before sending him some video.

Kelley liked what he saw and Dalton, a left wing, made his commitment to the Division 3 Engineers official.

“He really likes how fast I am, how I get into attacking position going forward and my ability to score goals,’’ said Dalton, who registered six goals and 12 assists in 16 PSAL games overall (regular-season and playoffs) as a left wing with the Pirates in 2019. “He just likes my speed and pace and it was great to hear.

“It means that all my hard work has paid off.’’

Dalton, who has nine goals and 24 helpers in three years with Tottenville, said it’s not impossible to get playing time right away.

“He said ‘come in and play hard — the best players are going to play,’’ added Dalton, who also competes for Cedar Stars Academy . “I really want to make an impact right away, right from the start.’’

The 17-year-old said he also received interest from SUNY-Oswego, The College of New Jersey and Carnegie Mellon.

Kishchenko had a question for Tardy one day.

And the rest, as they say, is history.

Kishchenko, who plays center back for the Pirates, made his committed to the Dolphins official on Thursday and when the fall rolls around, he’ll be playing Division 2 soccer.

“(Tardy) actually thinks I can play at a higher level,’’ explained Kishchenko, who finished with four goals and an assist as a junior in 2019 despite being a defender. “With John’s connections, I’m hoping he can help me get a tryout with a pro team (someday). I’m looking forward to playing with him and getting a feel for the college game and work my way up.

“I think I’ll be a starter, I hope so,’’ he said. “I think it’s been advantage playing for him and knowing what to expect. I think I can start at center back (right away).’’

Kishchenko is planning on majoring in Economics.

Erik Kleczkowski of Tottenville will continue his soccer career at SUNY-Delhi beginning in the fall.

The Tottenville resident, who plays right fullback for the Pirates, said he was recruited to play fullback for the Division 3 Broncos as well. He reached out to the coaching staff after being accepted by the school and sent him video.

“He liked my ability to pass out of the back and how calm I was under pressure,’’ explained the 17-year-old Kleczkowski, who recorded a pair of assists in 16 combined PSAL regular-season and playoff games in 2019. “He thought I was a good defender overall.

“It was nice to hear,’’ he added. “I’ve always been a defender and switched to full back (from center back) when i entered high school, so it’s a position I’m familiar with.’’

The three-year varsity player is hoping to make an impact right away.

“I was given an assigned spot, which made me feel good,’’ added Kleczkowski, who plays travel ball for Cedar Stars Academy. “I wanted to go to a college where I wasn’t sitting the bench, so I’m going to do what I can to get on the field.’’

Kleczkowski, who is planning to major in Sports Management, also received interest from SUNY-Canton.