The U.S. Coast Guard Cutter Eagle, known as America’s Tall Ship, will be in Portland, Maine in August as part of Maine’s bicentennial celebration.

The 295-foot ship will be at the Ocean Gateway from Aug. 6-9 for a weekend of public tours and other events, the Maine Bicentennial Commission, city of Portland and Coast Guard announced Tuesday.

“What an exciting occasion it is for Eagle to arrive in Portland to help celebrate our state’s 200th birthday,” Sen. Bill Diamond, chairman of the bicentennial commission, said in a statement. “We are so honored to be the hosting organization for this visit and to work closely with the city and our local Coast Guard command. We want everyone to come and tour this piece of maritime history.”

Maine marked its 200th anniversary of statehood in 2020. A tall ship festival was among the events that were originally planned as part of the bicentennial celebration last summer but were canceled or postponed because of the coronavirus pandemic.

The nonprofit Maine Bicentennial Commission is aiming to honor the state’s shipbuilding and seafaring history.

“Maine is renowned for the quality of the ships built here, the value of the wood that was used to construct these vessels, and for the variety of activities — from fishing to transportation, recreation to rescue, research to defense. The Eagle is a magnificent reminder of the majesty of sail,” Diamond said.

The ship is based at the U.S. Coast Guard Academy in New London, Connecticut, and has a crew of about 60. More than 100 academy cadets will be on board. The Eagle is a three-masted barque that tours the world as a goodwill ambassador while training cadets and officer candidates.

Portland will be the sixth stop of a tour that also includes the Azores, Iceland and Bermuda. The Eagle will arrive in Portland at about 8 a.m. Aug. 6. It will be open for free public tours on Saturday and Sunday. Exact times for tours will be announced closer to the ship’s arrival.

“A visit from Eagle brings many great things to the Portland waterfront,” Coast Guard Capt. Amy Florentino, who commands Coast Guard forces in Maine, New Hampshire, and Vermont from Sector Northern New England, said in a statement. “It puts the spotlight on the tireless work the men and women of the Coast Guard do year-round on our coast and on Lake Champlain. They act as the constant guardian for those who earn their living or just enjoy being on the water. It’s nice to see them recognized.”

The commission and Sailing Ships Maine will coordinate a weeklong “Bicentennial Sailors Voyage” for Maine teens to coincide with the Eagle’s visit. The voyage, during the first week of August, will be aboard the 131-foot Maine-built Schooner Harvey Gamage.

Wed Jul 7 , 2021
Labor markets in developed nations have recovered only half of the loss of employment they suffered in the pandemic, with the young and low-skilled hurt most. That’s the conclusion of a 400-page study by the Organization for Economic Cooperation and Development, which found that about 22 million jobs disappeared by […] 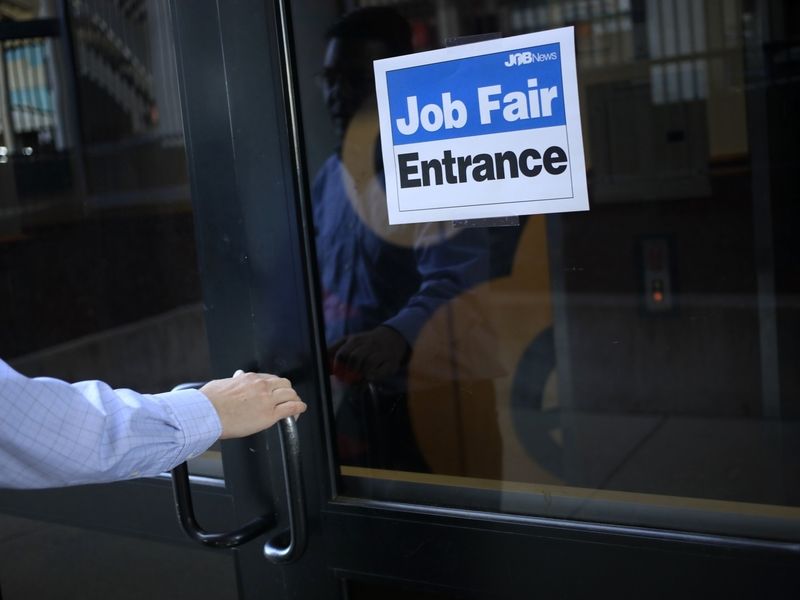