With his team already having played 10 games in the previous nine days and with four games scheduled in the next three days, West Burlington-Notre Dame high school softball coach David Oleson figured Wednesday was a good game to give a couple of his starters a day off.

Freshmen Shelby Bowman and Isabella Blaufuss made the most of their opportunity to start. Hitting eighth and ninth, respectively, in the batting order, the two combined to go 3-for-5 with two doubles, score three runs and drive home another in the Falcons’ 10-0, five-inning SEI Superconference crossover victory over the Ravens at Barb Carter Field.

On a sweltering afternoon, the younger players were keeping things light and loose.

“It’s been great. I love playing with all these girls. They’re amazing,” said Blaufuss, who was hit by a pitch, made a diving attempt at a foul ball in right field, then doubled and scored the 10th run to end the game in the fifth inning. “They are all my best friends. They are all great.”

“That is something I wanted to do and I thought this was a good day to get it done,” Oleson said.

WB-ND (15-1), ranked fourth in Class 3A, had the merry-go round going in the first inning. The Falcons sent 14 batters to the plate, banged out nine hits and scored nine runs. Abbey Bence, Lauren Krieger and Lauren Summers, the first three batters in the Falcons’ lineup, each had two hits in the first inning. Bence had a leadoff double and two-run single. Krieger had a single and a double, scored twice and drove in two runs. Summers had a double and a single and drove in two runs.

By the time the Falcons finished hitting, Summer had a nine-run lead to work with.

“We started off gangbusters, scoring nine runs in that first inning,” Oleson said. “It looked like it was going to be a runaway. Then we just started hitting the ball right at people. Line drives right at them. Or little flares that they caught. But we got it done.”

That was more than enough support for Summers, who fanned 10 batters, walked one and allowed just one run.

“Lauren threw a few more pitches than I wanted to see out of her, especially since we play New London (Thursday) night. But she’s tough. She’s resilient,” Oleson said.

Bowman, in her first start at shortstop, went 2-for-3 with a double and a single, drove in a run and scored a run.

Blaufuss, filling in for the injured Raven Messamaker in right field, was hit by a pitch, knocked a double to left field and scored the final run to end the game.

“Abbey Bence bunted it and I got to third. The girl who was catching threw down to second base and I just wanted to get to four,” Blaufuss said.

“Bella opened up the bottom of the fifth with a base hit,” Oleson said. “We moved her over with a base-hit bunt. which was great. Then we got the throw down to second and we took off. Game over.”

Blaufuss also sprawled headlong in the dirt in foul ground in right field trying to make a catch. She came up just short, but the crowd applauded her effort.

“It was great. There was a girl before. It’s too bad she can’t play because of her concussion. But I’m glad I got to play,” Blaufuss said. “It was fun diving. I missed the ball, but the effort makes it worth it.”

After hosting New London on Thursday, the Falcons play Friday at Mediapolis, then travel to Mount Pleasant for a doubleheader on Saturday.

“We’ll give the girls some time off and let them go home and relax,” Oleson said.

Thu Jun 10 , 2021
With Americans rushing to travel now that the end to the coronavirus pandemic is coming into view, flights are packed, ticket prices have soared, airports are bustling and tempers are flaring. Laura Ramirez is relieved to be home in New York after what she calls a “nightmarish experience” traveling by […] 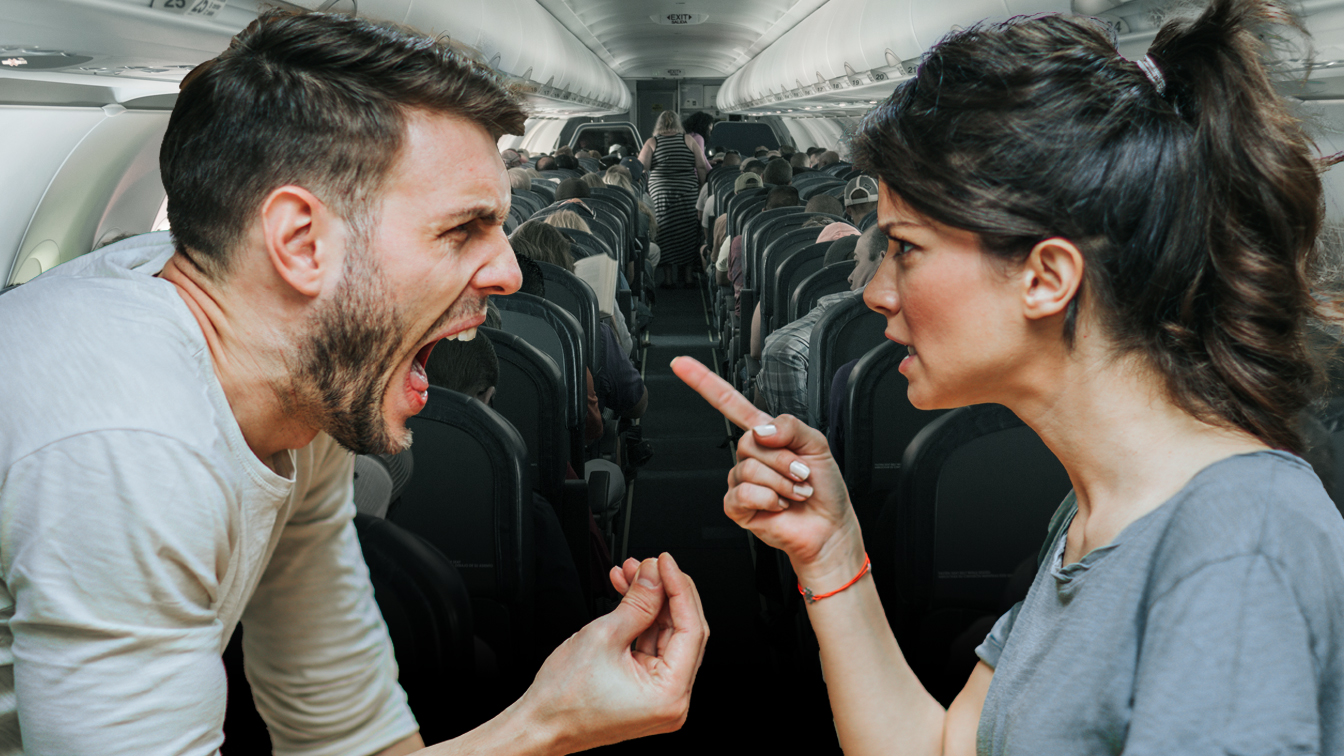