The Northwest Jacksonville apartment community has been the subject of several News4Jax I-TEAM stories after we uncovered a mice infestation in all of the 14 buildings on the property.

As a result of our initial story in April, the mayor’s office ordered code enforcement inspect all 200 apartments. We’ve now learned inspectors have returned to the property every week and have issued 556 violations since May 4. The mayor’s public affairs office said that 132 of those have been corrected by the property owner and that the landlord has been issued $35,250 in paying citations at this time.

Elsbury has met this week with U.S. Sen. Marco Rubio and U.S. Rep. Al Lawson, both of whom have already sent letters to U.S. Department of Housing and Urban Development Secretary Marcia Fudge, requesting action to hold the landlord responsible, and have called on HUD to do more to force the owner to correct unsafe living conditions.

The I-TEAM learned HUD was supposed to inspect the property in 2017 but never did. An inspection was not conducted until the I-TEAM and Rubio’s office asked why it had been missed.

Hilltop Village is owned by S.P. Hilltop LLC, which owns 11 other HUD communities in Jacksonville. The owner receives payments from the federal government as part of a contract with HUD to provide affordable housing to low-income earning families. As part of that deal, the owner is supposed to provide safe, decent living conditions for the tenants. HUD is required to ensure that is being done by, among other things, inspecting the property. Despite the missed inspection in 2017, the owner still received $5.7 million in HUD payments.

After we exposed the mice infestation, a HUD spokesperson told the I-TEAM last month that the property management company responsible for maintaining Hilltop Village had allocated $111,986 for exterior exclusions of pests entering the 14 property buildings and have signed contracts that also include an additional commitment of up to $144,000 for interior exclusion.

Yet, it does not appear those pest control measures are working. We have received several calls, emails and texts from tenants who tell us their apartments are still infested with mice. We wanted answers from the Jacksonville HUD Office. It’s supervisor is Alesia Scott-Ford.

“’You really caught me off guard, and I’m not in a position to answer these questions,” she told me when I asked her if HUD is going to continue to send payments to Hilltop Village’s owner.

We spoke to her before she appeared at an unrelated news conference at City Hall.

“HUD is doing everything possible to ensure that families are living in a safe, decent and comfortable environment,” she told me.

When I asked her about the missed HUD inspection in 2017, she said, “I can’t. I’m not allowed to speak to the media. That is not my role or responsibility, please contact Gloria Shanahan with public affairs.”

I told her I had already done that, but the reality is the mice problem continues and tenants want answers.

“Well, I will talk to the necessary people to make sure that is not going on. Believe me we are doing everything in our power to ensure that these families are living in a safe, decent environment,” said Scott-Ford.

Curry said his chief of staff had not been able to meet with HUD in Washington, D.C., despite several attempts.

“That is not to cast any judgment on HUD,” said Curry. “I do not know what their meeting schedules look like now with COVID protocols. That’s not to say we have not been in touch with HUD on both a local level and with the Atlanta office.”

Curry said he and his team “have been here before” with HUD — five years ago. His office was involved in pressuring HUD and the owner of another Jacksonville apartment community, Eureka Gardens, to fix the unsafe living conditions at the Westside property. It was eventually sold to a new owner.

His message to the tenants at Hilltop Village, who are still waiting for the landlord to fix all the violations: “I would just remind them we have been through this before, we had to affect radical change a few years ago, but we have committed to real change and it took time because it’s government bureaucracy that you have to work through at a national level, but we are going to keep working the process with a commitment of getting folks there (Hilltop Village) in living conditions that we would expect to live in.”

In the meantime, the Jacksonville City Council on Thursday night approved emergency legislation allocating $140,399 to be used to help some tenants who have been sickened by the conditions in their apartments move out. City Councilwoman Ju’Coby Pittman said there are certain conditions that have to be met, including a history of prior violations issued by code enforcement. She said her office would be contacting tenants who qualify for the money, but that she hopes the property manager/landlord will “do the right thing” and move the tenants to other properties they manage/own that are in better condition.

She encourages Hilltop Village tenants to attend a meeting at the building next to Hilltop Village, formerly known as St. Clair Evans Academy, on July 8 at 6 p.m. to learn more.

Lawson on Wednesday released this statement on the City Council’s vote: “More than a month ago, I sent a letter to Mayor Curry urging he move the tenants out of Hilltop Village Apartments while the property is properly exterminated and rehabilitated. There is no reason Americans – regardless of income — should have to live in unsanitary, substandard environments. I applaud the Mayor, Councilwoman Pittman and the full City Council for the steps they are taking to relocate these families. We must remain committed to protecting the health and safety of all our residents.”

Wed Jun 23 , 2021
by Tom Utescher After the major high school regattas in May, a few select area boats kept racing on into June, attending the U.S. Rowing Youth National Championships in Sarasota, Fla. on June 10-13. While the individual crews in the May races are each made up of athletes from a […] 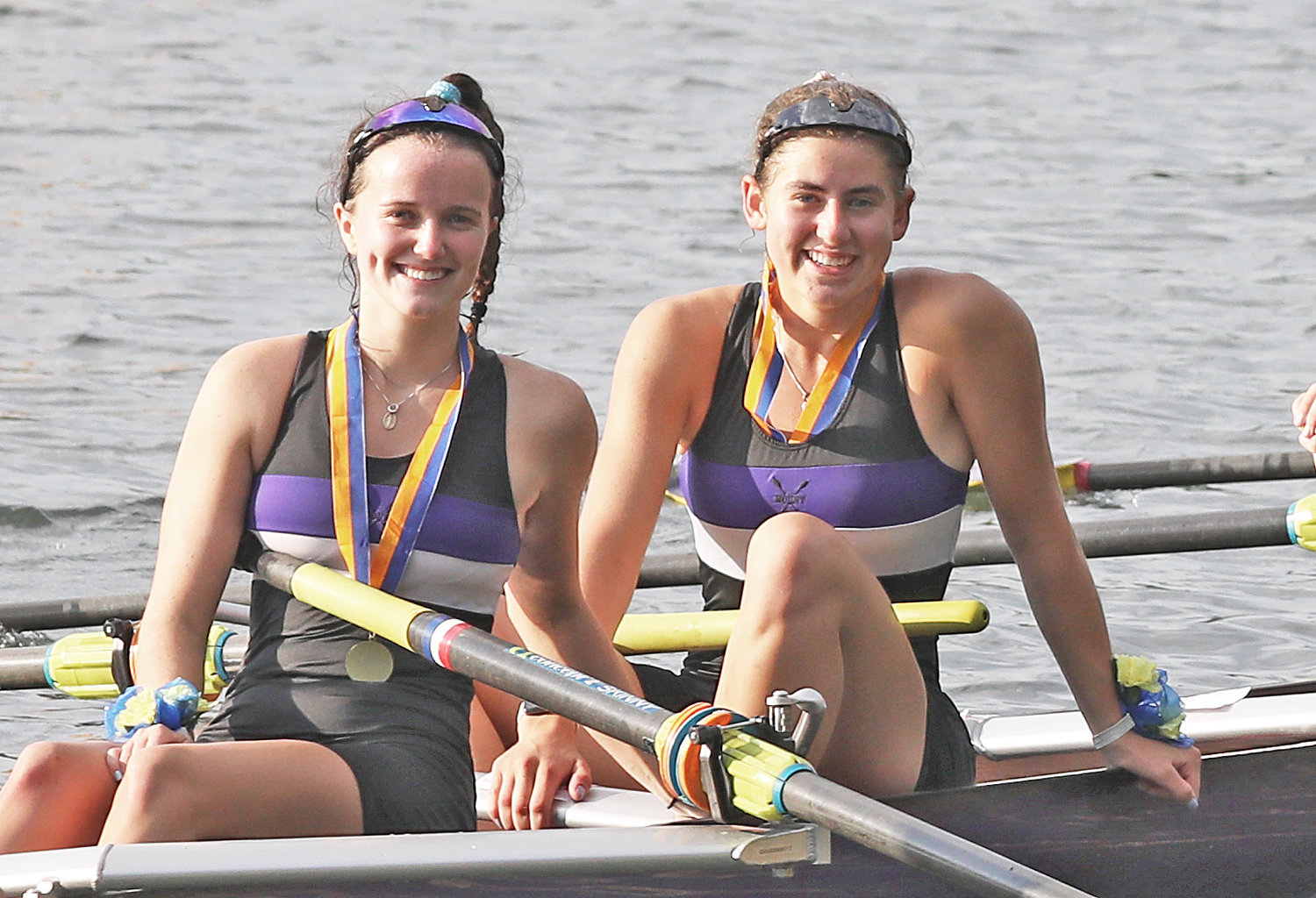