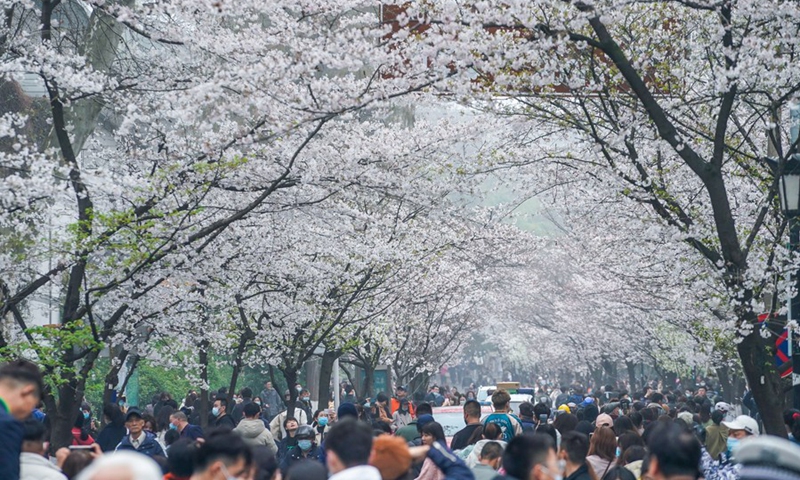 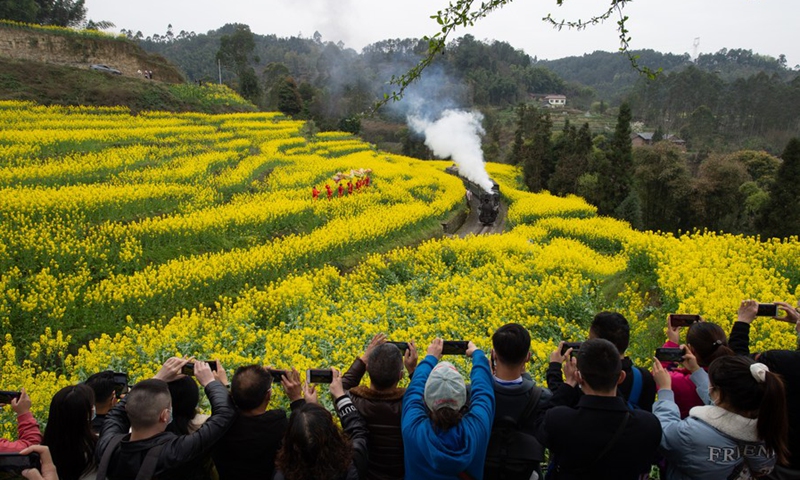 China’s tourism sector has reported a strong recovery so far this year and is expected to continue its current momentum as China further lifts travel restrictions amid a stable COVID-19 situation.

The tourism sector logged encouraging statistics during the Spring Festival holiday in mid-February, according to data from the China Tourism Academy.

Domestic tourism revenue recorded year-on-year growth starting from the third day of the weeklong holiday, while the number of tourists traveling to and from major tourist destinations like Guangdong, Shanghai and Beijing exceeded or almost reached the levels seen during the 2019 Spring Festival.

The demand for leisure city travel, vacations in the suburbs, family trips and study tours showed a strong upward trend, the academy said.

The country’s civil aviation industry handled approximately 23.95 million passenger trips in February, a jump of 187.1 percent year on year, the latest data from the Civil Aviation Administration of China showed.

Air travel picked up steam soon after the holiday, during which many Chinese people opted to stay put in response to the government’s call to avoid unnecessary gatherings.

Passenger traffic on domestic routes has returned to the level seen during the same period in 2019, according to data from online travel service provider qunar.com.

By March 9, hotel bookings for the Tomb-sweeping Day holiday in early April had increased to 4.5 times the number of bookings seen on the same date a year earlier.

The number of hotel reservations on May 1, the first day of the five-day May Day holiday, has exceeded the number from the same day in 2019, the data showed.

Beijing has relaxed COVID-19 restrictions as the Chinese capital has seen no new locally transmitted cases for over a month.

Those traveling from domestic low-risk areas and arriving in Beijing are not required to provide negative nucleic acid test results, and taxi and online car-hailing services between Beijing and other cities will resume.

Temperature checks will also be unnecessary at community and village entrances, while indoor and outdoor cultural and entertainment venues such as parks, scenic spots, libraries, museums and theaters will be allowed to hold up to 75 percent of their visitor capacities.

Data showed soaring air and train ticket bookings in and out of Beijing immediately after the announcement from the municipal government.

Industry insiders said people are using the coming holidays to make up for the trips they missed earlier.

The costs of travel, accommodation and entrance tickets to cultural and entertainment venues have declined significantly since the outbreak of COVID-19, and some local governments may continue offering travel vouchers to attract tourists, allowing people to take highly cost-effective vacations this year, said Ma Yiliang, an analyst with the China Tourism Academy.

According to a report from the academy, an estimated total of 4.1 billion domestic tourist trips will be made in China this year, up 42 percent from 2020.

China’s economic growth gathered steam in the first two months of 2021, with major economic indicators such as industrial output, retail sales and fixed-asset investment all surging more than 30 percent, according to data released by the National Bureau of Statistics on Monday.