Applications to borrow lunar samples delivered to Earth by Chang’e 5 in December are under review and will be decided soon, according to Jing Peng, deputy chief designer of the Chang’e-5 spacecraft system at the China Academy of Space Technology (CAST).

“There was a conference one week ago in China regarding the applications for lunar samples,” Peng said, speaking on Thursday (June 17) at the Global Space Exploration (GLEX) conference held last week in St. Petersburg, Russia. The June 11 meeting reviewed 85 applications from 23 universities and scientific research institutes in China, according to China’s Lunar Sample Management Office. International applications will also be considered.

Samples available for loan can also be viewed and requested online at the Lunar Sample Information Database, hosted by the National Astronomical Observatory of the Chinese Academy of Sciences (NAOC). Available samples include breccias, which are made of various fragments cemented together, as well as fine-grained soil, volcanic basalts and glass beads.

Peng said that while he has not been involved in analyzing the samples, colleagues at the Chinese Academy of Sciences have told him that the “age of the samples may be younger than the samples returned by the Apollo program. I think there will be more results in the near future.” Confirming that rocks from this region are much younger would provide valuable new insights into the history of our nearest neighbor. Although Apollo moon rocks have allowed scientists to decipher the moon’s early history in detail, without younger samples on Earth, more recent lunar activity is something of a blur.

In his presentation, Peng described the Chang’e 5 mission as China’s most sophisticated space project to date. Peng detailed the exactly challenges of the complex, 23-day mission, including getting to and from the moon, landing in the targeted area in Oceanus Procellarum, blasting off from the lunar surface, docking two spacecraft in orbit around the moon, and executing a “skip” reentry, in which the return capsule first bounced off the Earth’s atmosphere to slow down before reentering and landing.

The mission was also demanding in terms of the large amounts of fuel needed to overcome gravity to escape bodies like the Earth and the moon. The Long March 5 that launched the 18,078-lb. (8,200 kilograms) spacecraft weighed more than 940 tons (850 metric tons). However the final payload delivered by the Chang’e 5 return capsule was just 3.82 lbs. (1.73 kgs) of lunar samples.

While science is being conducted on the ground, the Chang’e 5 orbiter — which released the return capsule just before arriving back to Earth — is also still in action. Instead of reentering the atmosphere, the spacecraft headed to a gravitationally balanced area in space.

The spacecraft is now orbiting a region known as Sun-Earth Lagrange point 1, which is about 932,000 miles (1.5 million kilometers) away from Earth in the direction of the sun where it is carrying out observations and tests.

Asked if there are further plans for the orbiter, Peng said that the spacecraft may not have enough propellant to travel to destinations such as Venus.

“I don’t think there will be many opportunities for the orbiter to perform more complex orbit maneuvers with other bodies,” he said. “I think it will stay in Lagrange point 1 or the Earth-moon system.”

Next, China is planning a sample return mission to near-Earth asteroid 469219 Kamo’oalewa (2016 HO3). That mission will build on Chang’e 5 technologies. Meanwhile, the Chang’e 5 backup mission, Chang’e 6, will launch around 2024 to collect more lunar samples, possibly from the lunar far side or south pole.

Tue Jun 22 , 2021
HEBRON, Ky. — Friends Maddie Hewlett and Chloe Moore from Goshen, Kentucky were excited about their trip to Florida. Like most travelers, they haven’t had a vacation in over a year. “We were going to go on a cruise last year, but we ended up not being able to because […] 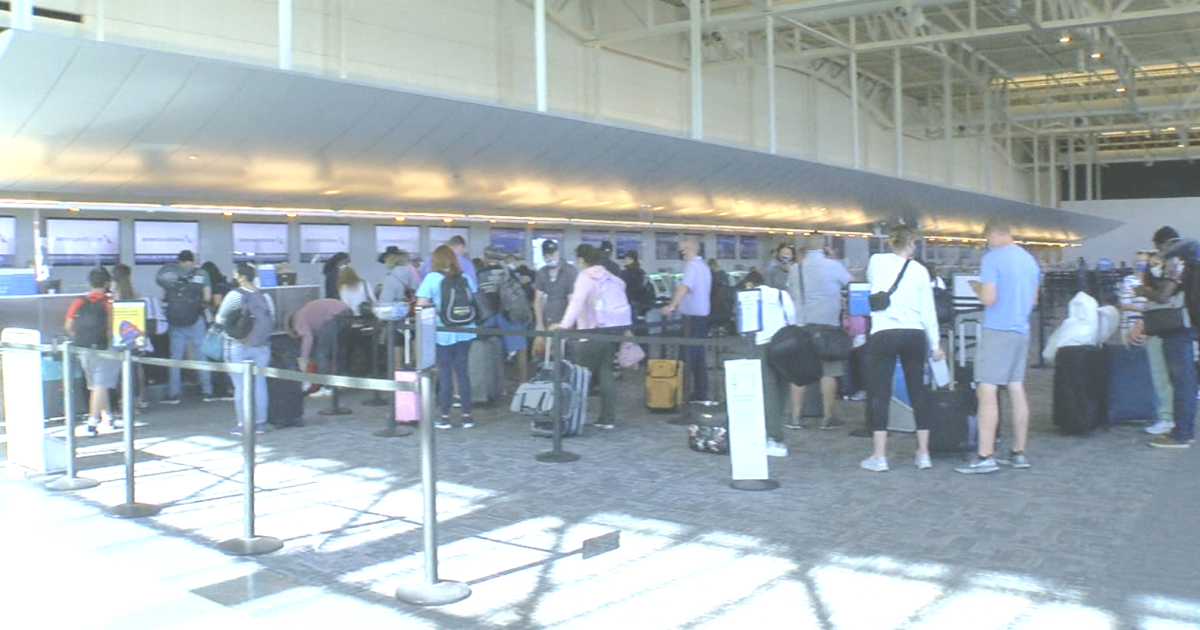