KINGWOOD — A jury could hear a former Mountaineer ChalleNGe Academy cadet’s lawsuit against the Academy and the West Virginia National Guard later this year.

Moorhead said he suffered “severe injury” to his right and left femurs when jumping from a top bunk while at the academy in 2015. He alleges he didn’t receive adequate medical treatment and that his parents weren’t notified of the injuries.

Moorhead left the ChalleNGe Academy before completing the 22-week program. He is suing as an adult.

The academy and National Guard deny the allegations.

In a hearing Thursday in Preston County Circuit Court, attorneys for both sides said they were not able to reach a settlement agreement through out-of-court mediation.

On Thursday, Circuit Judge Steve Shaffer set an Aug. 27 date for the attorneys to complete discovery in the case. Discovery is the gathering and exchanging of evidence in a suit.

Thursday’s hearing was held virtually by Microsoft Teams. On Oct. 22, the lawyers and their clients are to appear in person before the judge to present pretrial motions.

Shaffer set the hearing for the afternoon to give them time to travel from the southern part of the state to Preston County.

Moorhead’s attorney, Wesley Queen of Beckley, estimated the trial will last four days. Shaffer said it is possible the trial could be held this year. A trial date will be set at the motions hearing.

Preston County Circuit Court has not had any civil jury trials since the pandemic hit, Shaffer noted. There have, however, been a number of criminal trials in the courtroom under COVID-19 restrictions.

When trials are held in the circuit court, the jury is seated, socially distanced, on one side of the courtroom, on benches previously used by spectators. Everyone in the courtroom must wear a mask unless he or she is speaking, and there are Plexiglas dividers between attorneys and others seated at the front of the courtroom.

Christopher Ross, who represents both the ChalleNGe Academy and West Virginia National Guard, said the two sides will likely engage in another mediation attempt before the trial date.

Mountaineer ChalleNGe Academy is a free program at Camp Dawson, operated by the West Virginia National Guard. West Virginians ages 16-to-18 can attend the residential program. In additional to physical training, cadets spend time in the classroom and have the opportunity to earn their high school diploma and learn job and other skills to help them in life.

Fri Apr 9 , 2021
Following the end of the government’s employment support scheme for the tourism industry last November, industry players have rallied together to create short-term job and business opportunities for travel agents and practitioners. A proposal under the Job Creation Scheme put forth by 18 travel industry-related associations and unions, including the […] 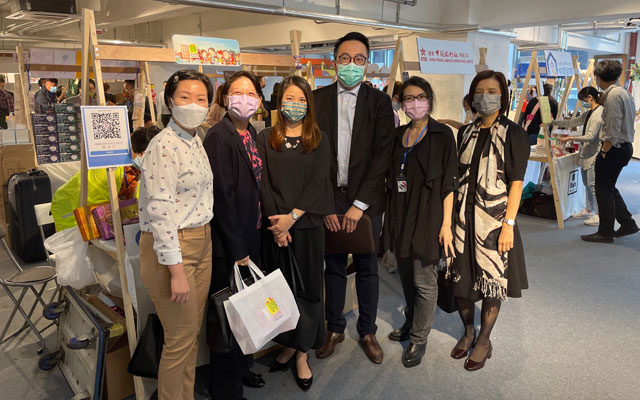